Ten guided tours to prepare for the Renaissance Festival 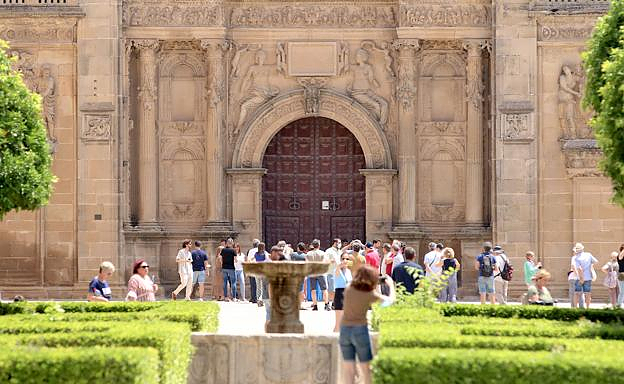 Pre-registration is now available for guided tours. These guided tours will be held as a prelude the Renaissance Festival. This celebration will mark one year since the declaration of Ubeda (July 3, 2003) as World Heritage Cities.

Jeronimo Garcia (Consultant for Festivities) explained that these itineraries would take place after the celebrations of the programming that was developed this week under the title of "Renaissance Expo". This initiative, which was aimed at students from the educational centers of the city, had the objective of making minors aware, in an entertaining, educational, and informative manner, of one of Ubeda's most influential historical periods.

They will be joined by ten local tourism businesses for the visits, which will start on June 24th and finish on July 3. He said, "They will allow us to know, in an deeper way, our heritage and its legends, and stories."

Garcia encouraged residents from both inside and outside of the city to take part in the guided tours. They can be registered by calling (953 751 138) or visiting the Tourist Office in Plaza de Andalucia. Because they have limited squares, they are not available for everyone. The two-euro cost will go to charity. He stated that the Renaissance Festival was the inspiration for this initiative.

‹ ›
Keywords:
DiezVisitasGuiadasAntesalaFiestasRenacimiento
Your comment has been forwarded to the administrator for approval.×
Warning! Will constitute a criminal offense, illegal, threatening, offensive, insulting and swearing, derogatory, defamatory, vulgar, pornographic, indecent, personality rights, damaging or similar nature in the nature of all kinds of financial content, legal, criminal and administrative responsibility for the content of the sender member / members are belong.
Related News