Telework: internet box, charger, PC... How much do our devices consume at home?

The objective has been clearly stated by the government. 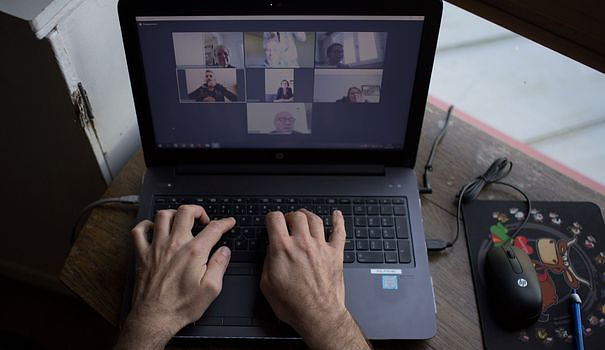 The objective has been clearly stated by the government. The government team led by Elisabeth Borne intends to reduce the country's energy consumption by 10% over the next 48 months. The ambition was presented as part of the energy sobriety plan unveiled Thursday, October 6 by the executive. The key word of the device: encourage households to make a multitude of small energy savings. And for this, the government is promoting a number of simple actions to adopt on a daily basis. One of them: cut off your internet box when the wifi network is not necessary. Called on by the State to act in this direction, telecom operators should generalize the option of putting their devices on standby. And this even if turning off your box or cutting off the wifi only represents a tiny part of the country's energy expenditure.

The Minister Delegate in charge of the Digital Transition and Telecommunications, Jean-Noël Barrot, clarified, this Monday morning, the contours of this facilitated standby. At the microphone of Europe 1, he details: “The commitment made by the sector is, for the boxes already installed, to make an update which allows this standby to be done more systematically. For the decoders purchased recently, they will be directly provided with a suspension of activity by default. It will be generated "either after a certain period of inactivity, or when the box no longer detects any device connected to wifi", specified the Ministry of Digital Transition to AFP at the end of the passage of Jean-Noël Barrot in the morning of Europe 1.

This feature could have a significant impact on the portfolio of individuals, but its generalization should not fundamentally change the energy balance sheet in France. The group of independent experts, Green IT, consulted for ten years by ministerial cabinets, ensures that an ADSL / fiber box consumes on average between 158 kWh and 300 kWh of electricity, i.e. 19% of electricity consumption. dedicated to digital in a home. The latter represents 3% of overall energy consumption... The standby button can however be useful for a household since an operator like Orange, for example, ensures that the latest generation of its decoders promotes savings of 30 and 93%. A welcome savings at a time when companies should massively resort to teleworking this winter.

While the energy sobriety plan was still dormant in the boxes of the executive, the head of government Elisabeth Borne had invited companies at the end of August to draw up their own sobriety plans: "If everyone does not do their part, brutal cuts in gas could take place overnight with serious economic and social consequences." Companies have since organized themselves. A large number of them now support the return to telework in order to save heating, in particular. A study by the Environment and Energy Management Agency (Ademe) concludes that the use of remote work would allow companies to save 19% in energy.

Labor-related costs will be borne by employees. Starting with the Internet, then. Its impact on the bill should not be significant since, as mentioned before, the box has until then provided a continuous stream at any time of the day. But it is advisable to adopt other gestures when teleworking. The first concerns his work computer.

As the electricity supplier EDF reminds us, turning off your laptop when your working day is over avoids charging it the next morning. Standby consumes some of the energy stored during charging. It is estimated that a computer consumes between 60 to 100 KwH per year. Some estimates speak rather of 120 KwH.

One hour of office work consumes 60 watts per hour. It is therefore essential to remember not to let your computer recharge all night. A recharge of less than two hours is most often sufficient for a conventional computer.

Beyond computers and wifi, remains a third source of expenditure: lighting. Spending seven hours of daily work at home, it makes sense to flip the switches and turn on the lights. In France, lighting consumes 49 TWh per year, or more than 10% of total national electricity consumption. In order not to blow up the electricity bill, it is necessary to bring low-consumption light bulbs. By cleaning your ceiling or lamps, you also save money. The presence of dust on a bulb reduces the lighting intensity by 40%.

According to a study by the electricity and gas contract offer comparator Selectra, published in 2021, the additional cost resulting from a month of confinement for electric heating and natural gas is between 18 and 97 euros, depending on the housing size. Yet another proof that our work tools can have an influence on our electricity bill: EDF's research and development teams have noticed an increase in electricity consumption of 5 to 7% per household in the spring of 2020. the additional costs that weigh on public administration employees, the government intends to generalize compensation for costs of 2.50 euros per day, already governed by an agreement signed in 2021.