Sweden entered the Thirty Years' War with this super battleship

The Dutch master shipbuilder Hein Jacobsson was not to be envied. 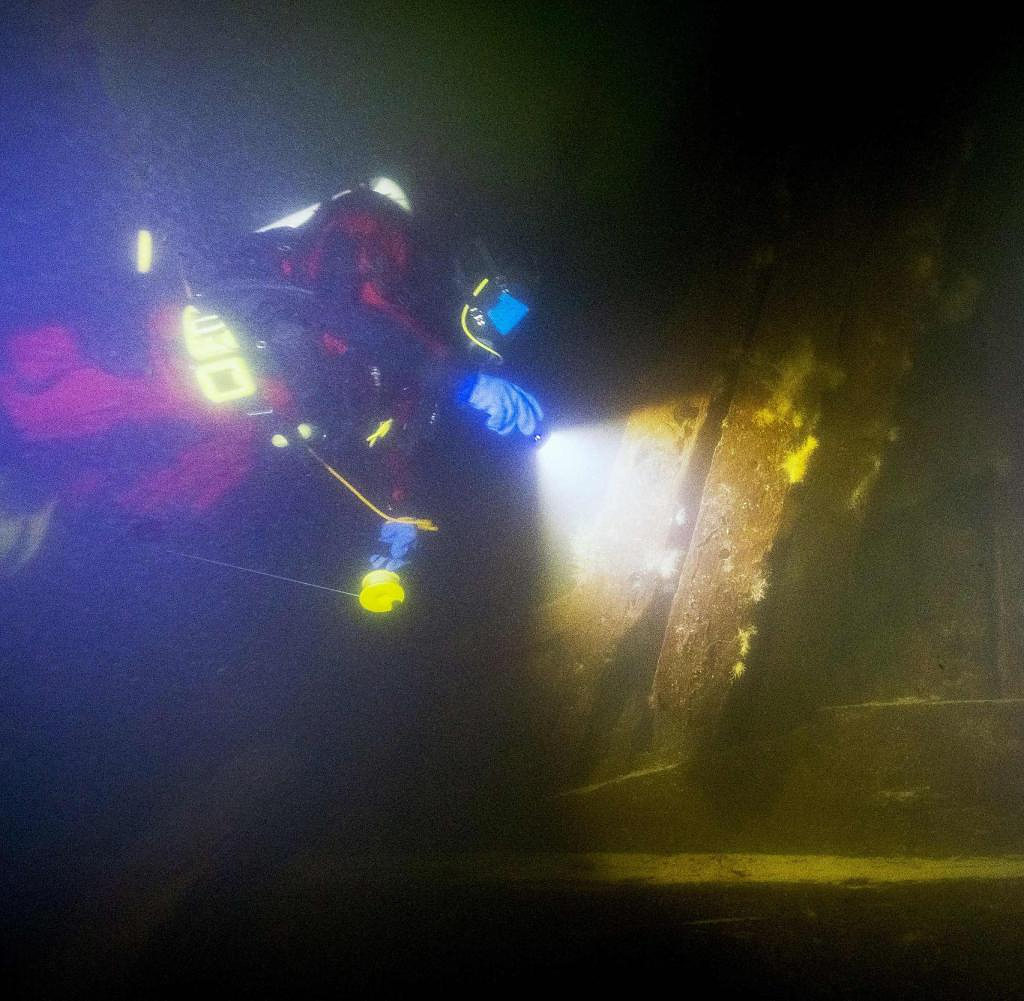 The Dutch master shipbuilder Hein Jacobsson was not to be envied. After the death of his brother Henrik Hybertsson, he inherited his commission to complete the new flagship of the Swedish fleet. In 1628, the huge “Vasa” set sail on her maiden voyage – and sank while still in Stockholm harbour. Jacobsson was put on trial like the captain, the shipyard manager and the foreman. He was acquitted and was allowed to complete the second part of the contract: the construction of the "Äpplet", the sister ship of the "Vasa".

Jacobsson had learned from his brother's mistakes by widening the hull of the "Äpplet" ((Reichs)apfel) somewhat and probably also reducing the deck load. This gave the approximately 60 meter long two-master a lower center of gravity and was more stable in the water. He served in the Swedish Navy until 1659, when memory of the ship faded.

Its rediscovery is therefore a sensation. In a strait near the island of Vaxholm, underwater archaeologists from the Vrak Museum in Stockholm, in cooperation with the Swedish Navy, discovered a powerful shipwreck in late 2021. Parts of the walls had fallen to the seabed, but the hull was otherwise intact, the museum said in a statement. Technical details and wood samples had confirmed that the battleship sunk in 1659 had actually been found.

The collapsed sides of the wreck had hatches on two different levels. From this, the scientists concluded that it must be a warship with two gun decks. This has also been handed down for the "Vasa" and the "Äpplet". However, after the keel of the "Vasa" was laid, the customer, King Gustav II Adolf, ordered that her upper deck also be equipped with heavy cannons. This added to the instability of the ship, which was pushed sideways by just one strong gust of wind and sank before the eyes of the distinguished audience.

Dendrochronological analysis of wood samples indicated that the oak trees felled for the discovered wreck were felled in 1627. Incidentally, the wood comes from the same region where the wood for the "Vasa" was felled.

"Our pulse quickened when we saw how similar the wreck was to the 'Vasa'," said marine archaeologist Jim Hansson. "The hope of finding one of her sister ships has kindled in us." The almost complete wreck of the "Vasa" was rediscovered in the 1950s and was raised until 1961. The restored ship has been presented in the Vasa Museum on the island of Djurgården since 1990 and is one of Stockholm's biggest attractions.

In the struggle for hegemony in the Baltic Sea region, King Gustav II Adolf commissioned the building of two large and two slightly smaller warships in 1625. The "Äpplet", completed in 1629, was part of the fleet that covered the landing of the Swedish army on the island of Usedom the following year. The king intervened in the Thirty Years' War on the Protestant side. From then on, the Swedish fleet had the task of securing the routes home.

In the so-called "Tostensson War" from 1643 to 1645 against Denmark, the "Äpplet" was one of more than 58 warships that brought victory to the kingdom. Many new buildings were smaller than the 1600-ton battleship. But being more agile, they proved better suited to the conditions of the Baltic Sea.

This and the considerable wear and tear may have led to the decision not to repair the "Äpplet" 1658. To protect Stockholm from attacks at sea, the large ship was sunk as part of an underwater barrier designed to protect the capital from attack.

"Fantastic, we found the 'Vasa' sister ship 'Äpplet'," says Patrik Höglund, marine archaeologist at the Vrak Museum. "The dimensions, construction details, wood samples and archive material all pointed in the same direction." Unlike the "Vasa", however, the "Äpplet" will probably remain on the seabed. She is doing best down there, said Höglund's colleague Hansson of the TT news agency.

‹ ›
Keywords:
SeekriegWracksDreißigjähriger KriegUnterwasserarchäologieTexttospeechStockholmHein JacobssonHenrik HybertssonFacebookVasaSchwedenOstseeDjurgårdenGeschichte
Your comment has been forwarded to the administrator for approval.×
Warning! Will constitute a criminal offense, illegal, threatening, offensive, insulting and swearing, derogatory, defamatory, vulgar, pornographic, indecent, personality rights, damaging or similar nature in the nature of all kinds of financial content, legal, criminal and administrative responsibility for the content of the sender member / members are belong.
Related News