Sweden and Finland submit their application for membership to NATO: "it is a historic day"

The ambassadors of Sweden and Finland to NATO today submitted their applications to join the Alliance at the headquarters of the transatlantic organization, in Brussels, where they met with the Allied Secretary General, Jens Stoltenberg, who considered them "a historic step" . 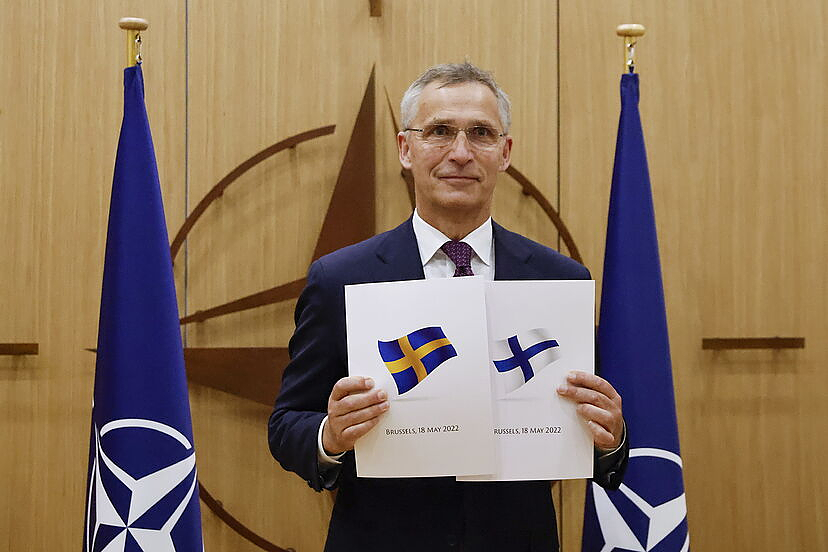 The ambassadors of Sweden and Finland to NATO today submitted their applications to join the Alliance at the headquarters of the transatlantic organization, in Brussels, where they met with the Allied Secretary General, Jens Stoltenberg, who considered them "a historic step" .

The act, broadcast live on the NATO website, took place early today after the Finnish Parliament approved joining the Alliance and the Swedish Government communicated its decision to request entry into that organization.

The Finnish diplomat, Klaus Korhonen, and the Swedish, Axel Wernhoff, hand-delivered to Stoltenberg their countries' applications to join NATO, and then the Allied Secretary General described the decision made this Wednesday by the Allied General as a "historic step". Stockholm and Helsinki.

"The requests made today are a historic step," Stoltenberg said.

Today is "a good day at a critical moment for our security" and he thanked both countries for submitting their admission applications.

"Every nation has the right to choose its own path. Both of you have made a choice after rigorous democratic processes and I warmly welcome the applications from Finland and Sweden to join NATO," he said in a brief and simple act today at first morning time.

Helsinki and Stockholm are "the closest partners" of the Alliance, he pointed out, stressing that the entry of both into the transatlantic organization "will increase our shared security".

"The allies will now consider the next steps on your way to NATO. The security interests of all allies have to be taken into account and we are determined to solve all problems and reach quick conclusions," he said.

Turkey, a member of NATO, has expressed its opposition to the entry of Sweden and Finland into the Alliance because it considers that both countries maintain a policy of welcoming Kurdish militants.

The entry of new members into the Alliance is a decision made by the countries of the transatlantic organization unanimously, so Ankara's approval is needed.

Stoltenberg recalls that in recent days there have been announcements from NATO members that they have pledged to protect the security of Finland and Sweden.

"NATO is already vigilant in the Baltic Sea region and NATO and allied forces will continue to adapt as needed. All allies agree on the importance of NATO enlargement. We all agree that we must stay together," Stoltenberg said.

The Russian invasion of Ukraine has prompted Finland and Sweden to apply for NATO membership, despite their tradition as neutral countries.