Suspended the Horse Fair at Fermasa 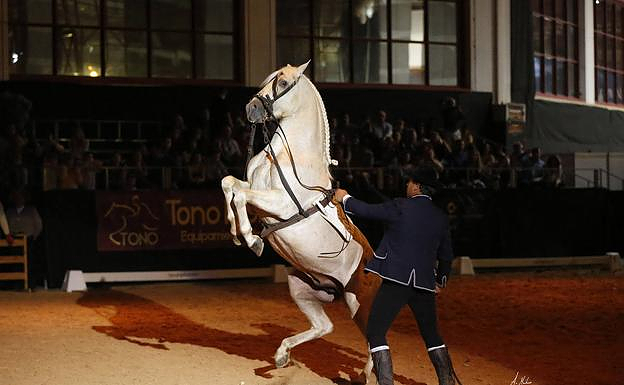 Fermasa's responsible have decided to cancel this year's Concab Granada Horse Fair. It has been held at the Armilla fairgrounds for over twenty years. It was to be held this year from 22nd to 25th October.

There are many reasons this decision was made. They all stem from the COVID-19-induced difficulties. On the one hand, it is impossible to hold the nightly equestrian shows in compliance with safety and hygiene standards set by the health authorities.

The current pandemic has also caused some changes to the annual calendar for conformation competitions. This is important. It was decisive that Sicab 2020, the International Horse Show which used to be held in Seville in November and will now take place in October, has been moved. Concab Granada is a crucial venue because the Granada fair was the prelude for the Purebred Spanish World Championship. It makes no sense to have the Conformation Competition held in Granada following the grand final at the SICAB in Seville.

Concab Granada cannot advance due to the strict Fermasa fair calendar in Septuary and the weather conditions on those dates. Therefore, the Horse Fair has been suspended until next year.

‹ ›
Keywords:
SuspendidaFeriaCaballoFermasa
Your comment has been forwarded to the administrator for approval.×
Warning! Will constitute a criminal offense, illegal, threatening, offensive, insulting and swearing, derogatory, defamatory, vulgar, pornographic, indecent, personality rights, damaging or similar nature in the nature of all kinds of financial content, legal, criminal and administrative responsibility for the content of the sender member / members are belong.
Related News