A recent environmental project by the Department of the Environment, the Huetor Vega Environmental Classroom has received a response that far exceeds expectations. 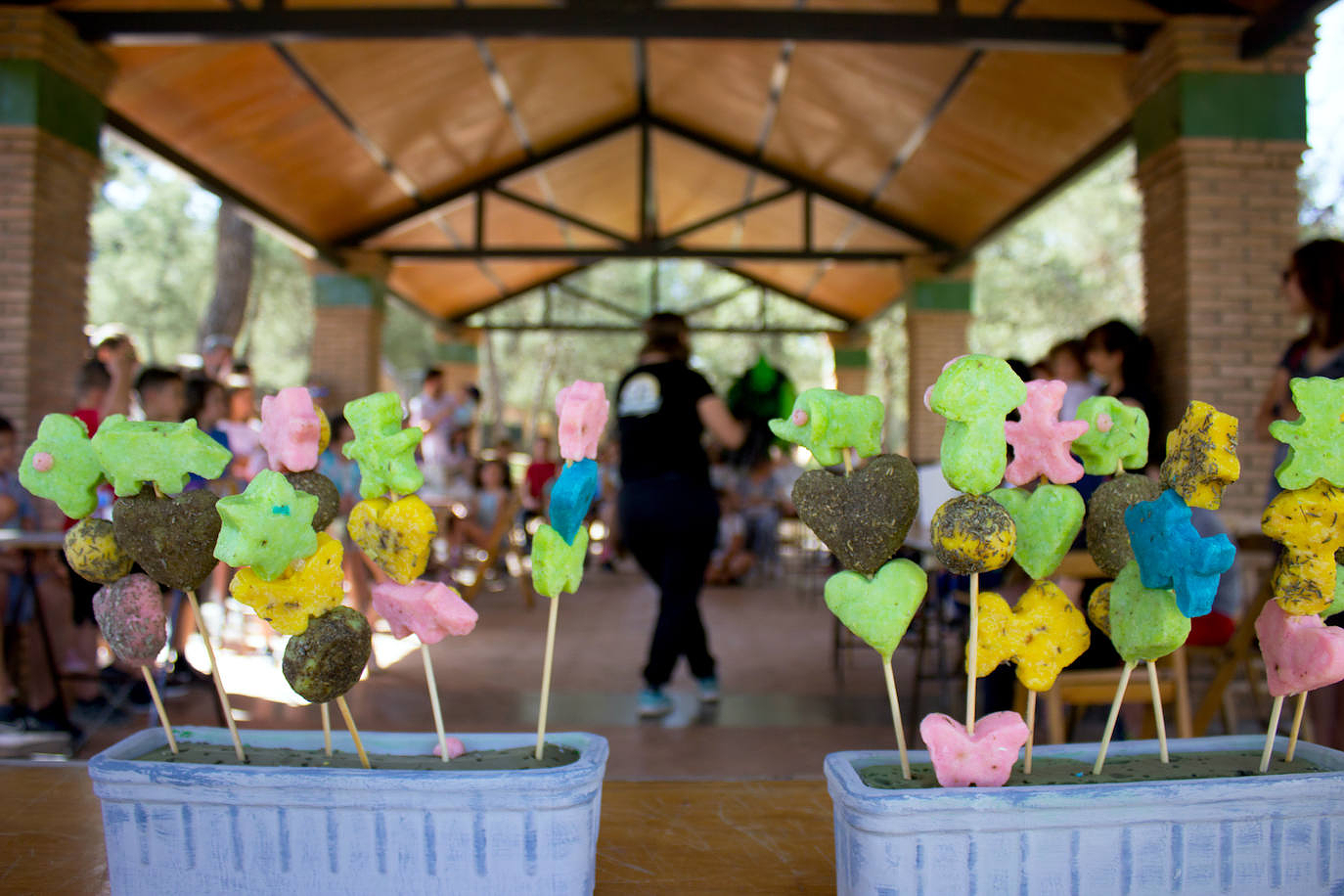 Two workshops held at the Huetor Vega Environmental Classroom have also been a huge success. The first workshop, which was a family meeting to build nest homes and took place in the Parque de los Pinos on April 30, sold out in no time. The second workshop was also a success. In nine hours, all the seats were gone. Last Sunday's workshop was an opportunity to make modelable soaps. It was attended by 75 people, including more than 25 families. Many people were not included in the quota. The Environmental Classroom confirms that once per month, a family activity will take place.

The workshop for modelable soap was made possible by the Picapinos de Huetor Vega, an association also committed to environmental education. Angela Zarauz has extensive experience in this field. The activity was introduced by a witch puppet, which allowed the children to get in touch with the world of aromatic plant life. The workshop ended on May 15, International Family Day, so the girls and boys were not allowed to use the swings after the workshop. Families enjoyed a picnic at the Parque de los Pinos.

"The children belong to different age groups. Sanchez says that these events are meant to foster community.

‹ ›
Keywords:
SorprendidosRotundoExitoInicioAulaAmbientalHuetorVega
Your comment has been forwarded to the administrator for approval.×
Warning! Will constitute a criminal offense, illegal, threatening, offensive, insulting and swearing, derogatory, defamatory, vulgar, pornographic, indecent, personality rights, damaging or similar nature in the nature of all kinds of financial content, legal, criminal and administrative responsibility for the content of the sender member / members are belong.
Related News