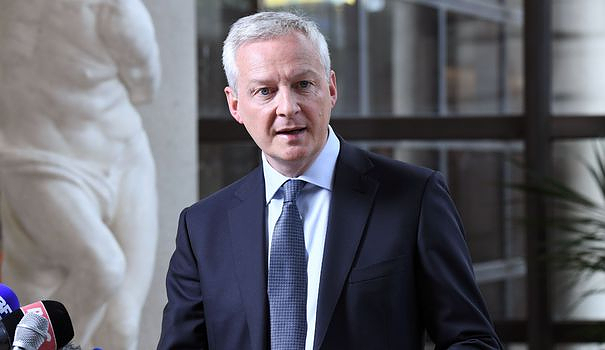 "False again". "Absolutely not". On Twitter and through messages sent by his team to journalists, Bruno Le Maire insists. No, Germany is not going to tax superprofits, contrary to what has been said for a few hours. A message that he hammers home, visibly annoyed by this subject, which regularly comes up on the table and which the Minister of the Economy does not want to hear about.

Latest statement to date: "The German government has absolutely not announced a tax on the superprofits of energy companies", Bercy insisted for example in a message sent to the editorial staff a few hours after Berlin's announcement of its support for a compulsory contribution. energy companies, to be refined at European level.

Another illustration: "Germany has decided to set up a compulsory contribution from energy companies, which already exists in France and which brings in several billion. The German Minister of Finance, Christian Lindner has confirmed that there will be no new tax in the new German aid package", he tweeted, in response to Manon Aubry, MEP France Insoumise.

A sustained reaction, which comes a few hours after the presentation by Germany of a plan of 65 billion euros intended to mitigate the effects of inflation. The rise in prices in Germany reached 7.9% year on year in August, fueled by energy prices which have soared since Russia, an essential supplier for Berlin, reduced gas flows to Germany. 'Europe.

In this context, the German government announced that it would plead for the introduction, at European level, of a compulsory contribution to be paid by companies in the energy sector. The measure is "not tax law", hammered the Minister of Finance, the liberal Christian Lindner. But the French left sees it as a form of tax on superprofits and tries to rush in to impose this measure, dearly defended on this side of the hemicycle.

A few days before a meeting of the 27 Member States around energy issues, there is no question for Bruno Le Maire of lending the flank to the left. This contribution targets "companies that benefit from the price of gas while they produce electricity from coal, nuclear or renewable energies", we say in Paris. "This is exactly what France is doing (...) The mechanisms are not necessarily the same, but the logic is (...) and it has nothing to do with taxation", tried to demine the Ministry.

It must be said that the subject "superprofits" is becoming more and more pressing. In mid-July, Spain announced a tax on the extraordinary profits of large energy and financial companies. Previously, Italy and the United Kingdom had introduced a tax on the profits of oil and gas giants. The record profits of certain French companies including Total (7.2 billion for the first three months of the year) or Stellantis (8 billion) have also offended part of public opinion.

But now, Bruno Le Maire does not want it, while Prime Minister Élisabeth Borne does not "close the door" as a last resort. To support his point, the boss of Bercy had played the naive, declaring, on August 30: "superprofits, I do not know what it is". If there is no strict definition of superprofit, as explained in our columns Augustin Landier, professor of Finance at HEC, it is however possible to establish thresholds. A purely political decision, swept away by Le Maire, who explains that the rebate offered by Total at the pump is already a form of redistribution. What is more, generated by Bercy, which claims to be leading discussions on this subject.

Invited this Sunday on LCI, the European Commissioner for the Internal Market Thierry Breton showed himself in favor of "the use of exceptional resources, and in particular of rents" to "limit the impact of inflation both on individuals and on companies". But he insisted on the importance of limiting the scope of this contribution to "artificial increases that certain energy players have been able to achieve". Still, it is difficult to differentiate the profits due to inflation from certain strategic choices... made during a period of inflation. Who benefits from the context, and who makes his business work as it should? According to Bruno Le Maire, it is up to the companies themselves to decide. Push, without taxing.