Successes in fighting oil on the Kiel Canal

After the oil spill in the port of Brunsbüttel, emergency services made progress in fighting the oil over the Christmas period. 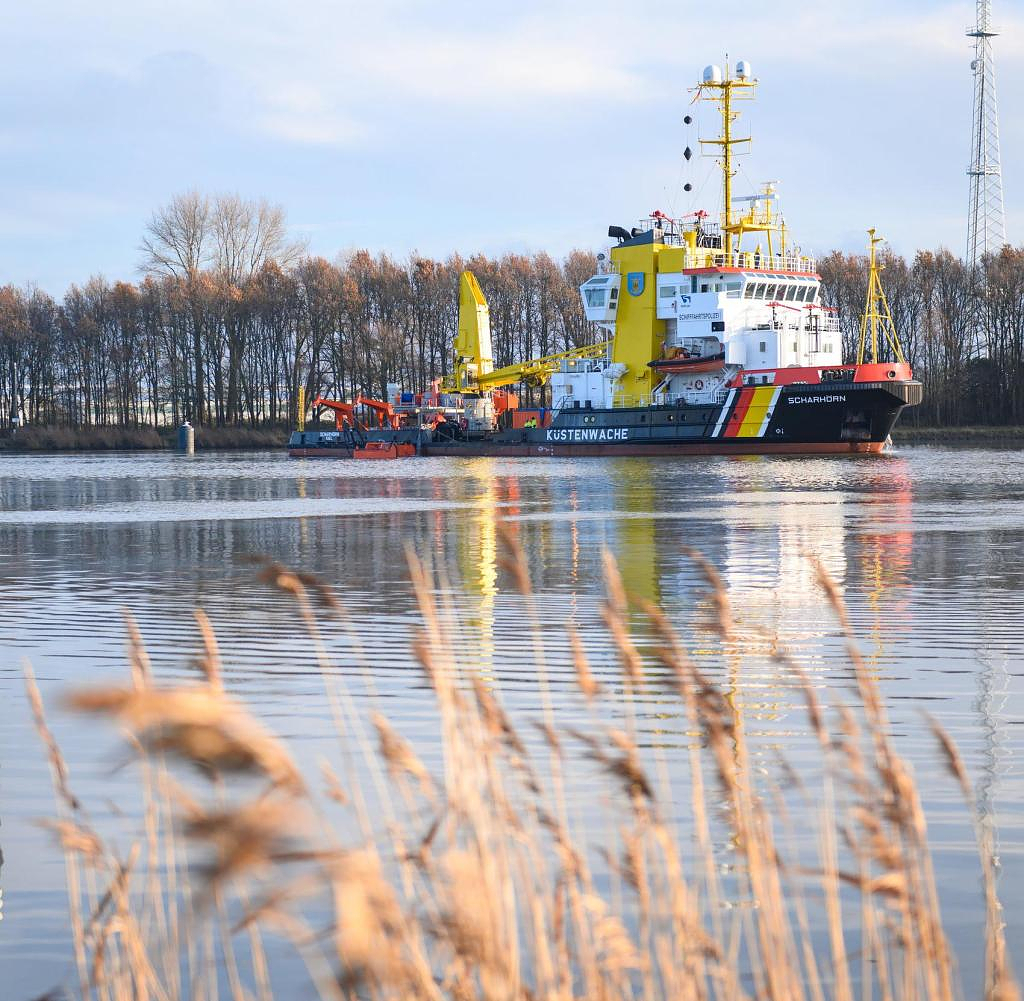 After the oil spill in the port of Brunsbüttel, emergency services made progress in fighting the oil over the Christmas period. "We have now also absorbed most of the absorbable oil," said a spokesman for the emergency command on Tuesday of the German Press Agency. The "thick layers" on the water of the Kiel Canal have been eliminated. According to the current status, the artificial waterway will not be released before Wednesday.

About 120 emergency services are currently involved in the oil fight, the spokesman said. Three special ships are also used, including the “Knechtsand”. There has also been progress in cleaning up spilled oil from the shores.

The busy Kiel Canal was closed on December 21 after large quantities of oil spilled due to a leak in a pipeline. The canal between Kiel on the Baltic Sea and Brunsbüttel (Dithmarschen district) at the mouth of the Elbe in the North Sea is considered the world's busiest artificial sea waterway.

Check flights took place on Sunday. In the meantime, in addition to around 150 people from local fire brigades and the Technical Relief Agency (THW) from Schleswig-Holstein, Hamburg and Mecklenburg-Western Pomerania, private companies were also involved, which had been commissioned by the suspected polluter.

However, the work to eliminate the consequences of the accident is taking longer than initially expected. A release of the waterway, initially planned for Saturday, therefore had to be postponed. The head of the emergency command, Robby Renner, had addressed the emergency services in an audio message. "I would like to thank you for your energetic commitment and cannot appreciate your achievement enough," it says. The women and men involved put aside private interests during the holidays in order to help.

‹ ›
Keywords:
NordseeÖlSchifffahrtSchleswigHolsteinTexttospeechBrunsbüttelRobby RennerElbeOstseeScharhörnKielHavariekommandoKrimi
Your comment has been forwarded to the administrator for approval.×
Warning! Will constitute a criminal offense, illegal, threatening, offensive, insulting and swearing, derogatory, defamatory, vulgar, pornographic, indecent, personality rights, damaging or similar nature in the nature of all kinds of financial content, legal, criminal and administrative responsibility for the content of the sender member / members are belong.
Related News