In the center's courtyard, the CEIP Al Zawiya will have the boys and girls from La Zubia draw a massive mural measuring more than 50m dedicated to these outstanding women. 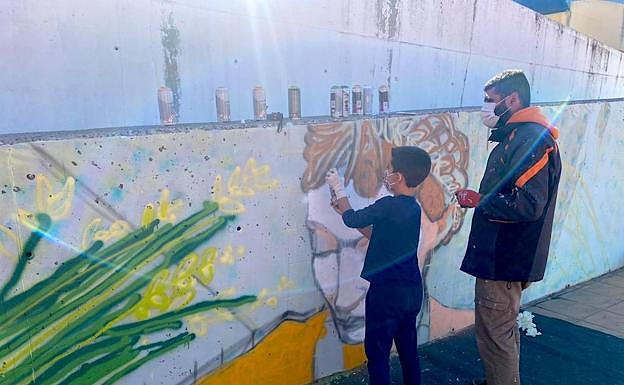 In the center's courtyard, the CEIP Al Zawiya will have the boys and girls from La Zubia draw a massive mural measuring more than 50m dedicated to these outstanding women. This educational project was initiated by the Department of Youth of the Zubiense City Council through Aleixandra, a student at the Municipal School of Comics. Aleixandra created a didactic booklet of drawings for schools to help them learn about the history of La Zubia as well as the important women in its history.

Antonio Arquelladas, the Councilor for Youth, explains that "the challenge is for these women from our history to move from paper to Al Zawiya School, to facilitate learning through urban art, to facilitate and promote learning."

Fifth and sixth grade students work together on the large mural or graffiti. Alc13 is the local artist responsible for the project. They have started to complete the mural in Zubian school. It will be completed by March 8, which coincides with International Women's Day.

What is graffiti? The Department of Youth believes that urban art can be a powerful tool for social change and learning. The mayor of La Zubia stated that this action also helps to change some of the negative attitudes of a portion of the population towards graffiti in general.

The Councilor for Youth pointed out that Al Zawiya's primary and nursery schools have already collaborated with the City Council to address issues such as equality and graffiti via the Didactic Routes in La Zubia or the booklet. Arquelladas says that they were asked by them to find a way to bring history closer for their students. This alternative, the mural, was chosen between the Educational Center, the AMPA, and the Department of Youth. He also points out that he believes that the final result will be a success and a good example of participative action from the educational community.

Puri Lopez, La Zubia's mayor, congratulated the school as well as the Youth area for "this wonderful initiative, which has the result of, which we are eager to learn more."

‹ ›
Keywords:
AlumnadoColegioZubiaPintaGrafitiDedicadoDoceMujeresDestacadasMunicipio
Your comment has been forwarded to the administrator for approval.×
Warning! Will constitute a criminal offense, illegal, threatening, offensive, insulting and swearing, derogatory, defamatory, vulgar, pornographic, indecent, personality rights, damaging or similar nature in the nature of all kinds of financial content, legal, criminal and administrative responsibility for the content of the sender member / members are belong.
Related News 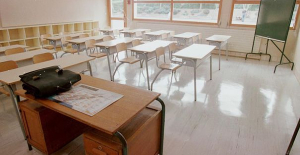 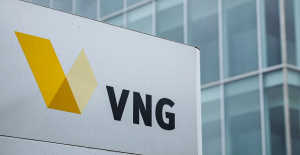 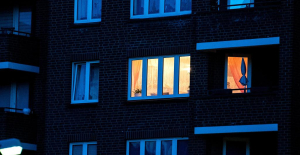