A student in Lille, northern France, discovered huge cracks in his house at night when returning from a party and probably prevented a catastrophe with many deaths with a quick alarm. 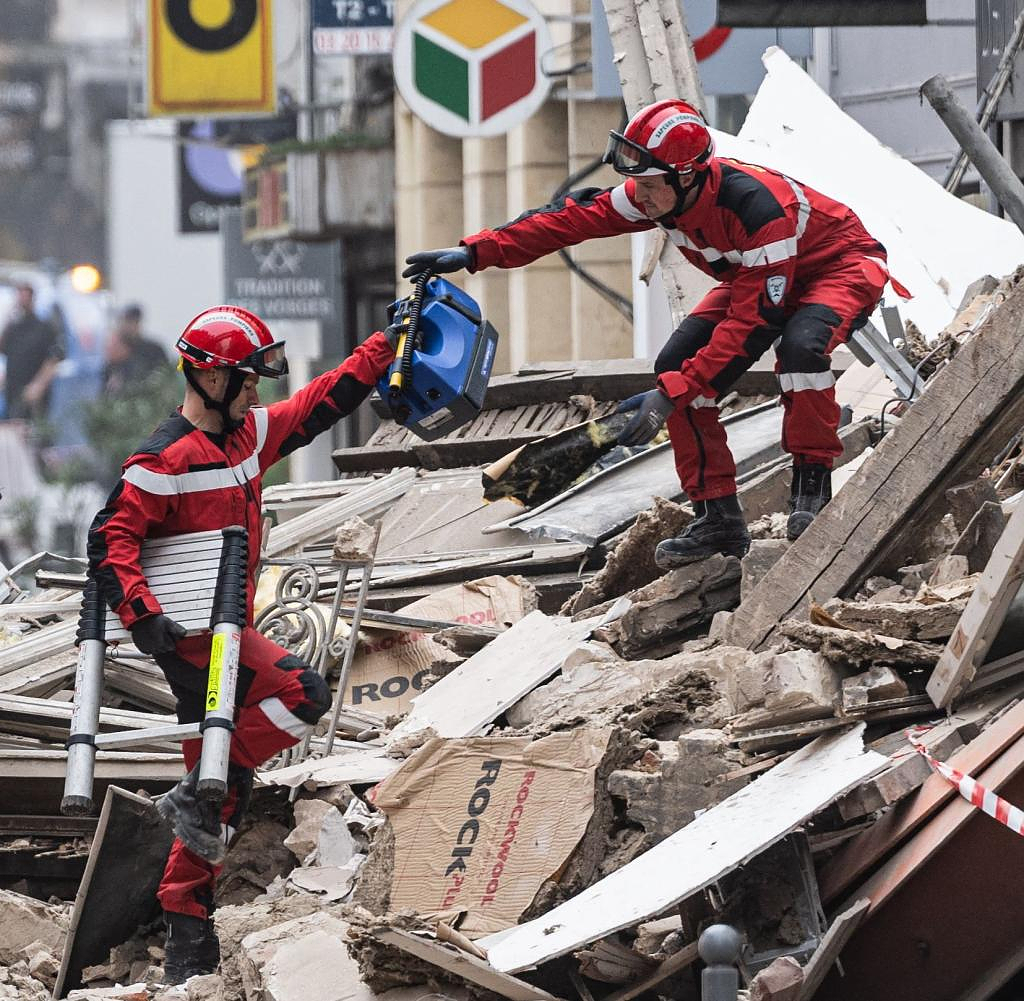 A student in Lille, northern France, discovered huge cracks in his house at night when returning from a party and probably prevented a catastrophe with many deaths with a quick alarm. Because the man alerted the fire brigade and police, the building was evacuated on Saturday night before it collapsed with a neighboring house in the morning, as Lille's mayor Martine Aubry announced.

While the 22-year-old was already being celebrated as a hero, the fire brigade had sad news at the end of the rescue work on Sunday: they found a missing person dead in the rubble. A second victim was rescued from the ruins with minor injuries.

After an evening with friends, when he opened the front door, he came across a completely misaligned wall in the hallway, Thibault Lemay told France Bleu. "I go to my two roommates and we find that the building has moved because we couldn't open the door at the top and we heard the debris falling," the student said. "When I left the house at 8 p.m., there had been no sign of it."

The occupants of the other three apartments were evacuated in a hurry. Apparently nobody expected a collapse. At around 9:15 a.m., the buildings on the street, which is heavily frequented by shopping tourists during the day, suddenly collapsed.

A photographer from the newspaper "La Voix du Nord" witnessed the collapse on the way to the editorial office. First stones broke out of the facade and then the buildings collapsed. The photographer was able to reverse gear just in time and give the rescuers the certainty that no one was in front of the buildings at the moment of the collapse. An adjacent hotel was evacuated.

The investigations initiated by the judiciary are intended to clarify, among other things, whether renovation work on one of the buildings caused the collapse. Experts have begun examining neighboring buildings for stability and security, the mayor said. According to media reports, another third house adjoining the ruins was expected to collapse on Sunday. Interior Minister Gérald Darmanin thanked the fire brigade for their commitment and the student for his quick action.

‹ ›
Keywords:
LilleMartine AubryLa Voix Du NordFrankreichFeuerwehrPolizeiKrimi
Your comment has been forwarded to the administrator for approval.×
Warning! Will constitute a criminal offense, illegal, threatening, offensive, insulting and swearing, derogatory, defamatory, vulgar, pornographic, indecent, personality rights, damaging or similar nature in the nature of all kinds of financial content, legal, criminal and administrative responsibility for the content of the sender member / members are belong.
Related News