“The agreement was signed unanimously by the four representative trade unions”, namely the CGT, FO, the CFDT and the CFE-CGC, indicated the management. 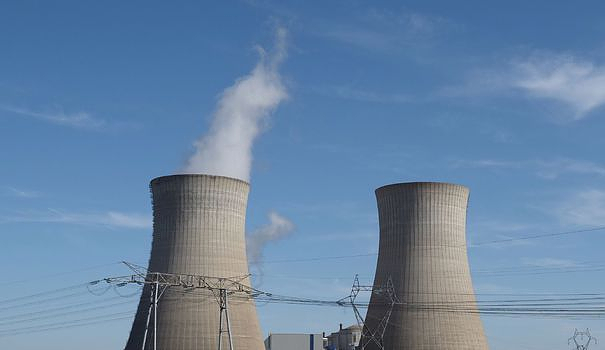 “The agreement was signed unanimously by the four representative trade unions”, namely the CGT, FO, the CFDT and the CFE-CGC, indicated the management.

"An unprecedented agreement has been signed by the CGT following a historic mobilization within the scope of EDF SA which allows each employee to obtain a minimum increase of 200 euros per month," Julien Lambert told AFP. federal secretary of the FNME-CGT.

This measure will be supplemented by individual increases of an average of 2.45%, based on individual performance, together with an exceptional bonus of 2,600 euros gross.

The wage agreement concluded last Friday made it possible to loosen the grip on the social movement which had spread oil in the nuclear fleet for several weeks, and which still affected, just before the end of the negotiations, 12 out of 18 plants.

The strike has caused cuts in electricity production and caused delays in the work schedule for the nuclear fleet, rekindling concerns about possible shortages this winter, in the midst of the European energy crisis.

The last central still on strike for wages at the start of the week, that of Dampierre (Loiret), lifted the movement on Wednesday, according to the CGT.

"At the moment, the same (salary) negotiations are underway as at Enedis or GRDF, but the elements on the table are clearly not at the level," said Julien Lambert, of the FNME-CGT.

"If the agreement of the professional branch, signed by the CGT, has allowed progress, we are attentive and mobilized so that the necessary complements are reached in all companies of the Electric and Gas Industries (IEG)", he said. he adds.