Strasbourg: end of investigations into the 2018 Christmas market attack

A judicial source confirmed that the notice of end of information was issued on October 3 and notified to the parties. 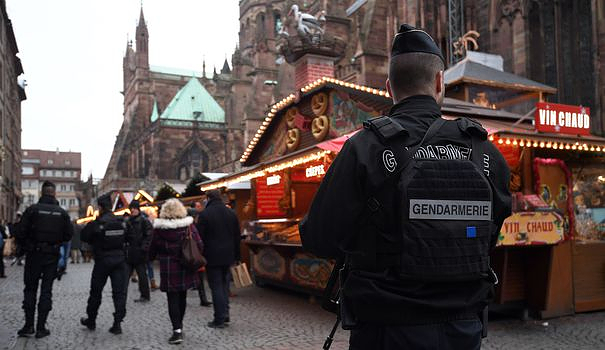 A judicial source confirmed that the notice of end of information was issued on October 3 and notified to the parties.

Respondents and civil parties can provide observations and request actions. The national anti-terrorist prosecution has a period of one month to form its final requisitions before the final decision of the anti-terrorist magistrates on the holding of a possible trial.

On December 11, 2018, shortly before 8:00 p.m., Chérif Chekatt, a 29-year-old repeat offender and S file for Islamist radicalization, had entered, armed with an old revolver and a knife, in the historic center of Strasbourg where the traditional Christmas market.

He had randomly killed five men while wandering the streets and injured ten others.

Managing to escape by taxi, after being injured by soldiers, he was killed by the police forty-eight hours later in a southern district of Strasbourg where he had grown up. A video of allegiance to the Islamic State group was then found on a USB key that belonged to him.

To date, five people are still indicted in this case, according to the judicial source, suspected of being linked to the supply of weapons in the possession of the killer.

One of these people, a friend and former fellow prisoner of the assailant, is being prosecuted for "complicity in murder in connection with a terrorist enterprise" and is still in pre-trial detention, according to the same source.

The other four people, released under judicial supervision, are mainly accused of criminal association with terrorism and offenses against the legislation on weapons.

Three of these people are men from the same sedentary Traveler community.

None belong to the Islamist sphere and all affirmed during the investigation that they had no knowledge of Chérif Chekatt's project.

Last December, a source close to the case told AFP that at least 78 people were considered victims of the Strasbourg attack, including the relatives of the five deceased, the injured victims and those shocked.