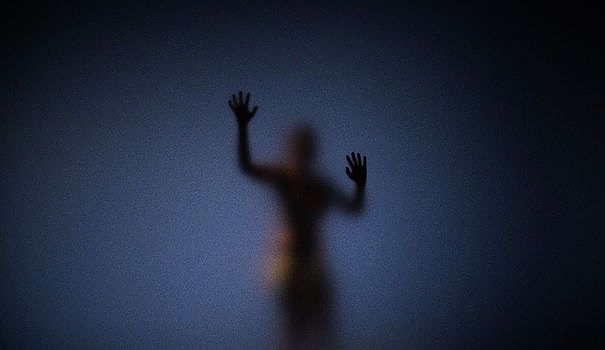 "So is all this true? I'm not... a fiction?": behind a translucent veil in the background, we can make out a blurred naked silhouette. The frozen actress, in a distorted voice, evokes the anxiety attacks and psychotic episodes that followed her relationship with the famous writer, 30 years her senior, who left an indelible "imprint" on her life.

With dread and helplessness, the spectators of the small hall of the Théâtre Châteauvallon-Liberté - deliberately chosen to preserve an intimate relationship with the public - gradually see the trap of the sexual predator "with a carnivorous smile" closing in on his prey, a teenager in the resigned father who is desperate to be loved.

From time to time, she also plays with a scathing irony - that which today's adult brings to an entourage that was far too complacent in the mid-1980s - Vanessa Springora's mother or even various doctors she is brought to to consult.

"It's a fair balance to be found between what comes from the story, from the statement of the facts and the reflection which surrounds these facts" more than thirty years later, explained to AFP the director Sébastien Davis, before the first in France which took place on Monday in Toulon. With "Le Consentement", he is his third solo performer, "curiously each time with women".

"The story is quite fragmented and even inside the fragments, there are moments in the present, comments, returns to the past, that is to say a lot of breaks to operate and a rhythm also to master, but it's very satisfying to be able to take up such a challenge", underlined Ludivine Sagnier, for the first time alone on stage.

“I have the impression that it is a way of investing myself which is quite complete because it is not just a question of brandishing concepts on the networks to justify an implication”, added the actress .

"Only one place allows two to stand in this room, the bed": soon, the rhythm of the percussion played live accelerates, the light becomes more subdued, the actress pauses for a long time on the bed to the black silk sheets before yielding, in a state of tetany, to the advances of the fifties.

"Ludivine Sagnier and Pierre Belleville, the drummer, for me are in dialogue, the music (composed by Dan Lévy, of the group The Do, editor's note) sometimes comes to illustrate, sometimes comes in counterpoint with the action and this allows our mind to calm down and move forward in the action", underlined Sébastien Davis.

The bed on the garden side is matched by a desk on the courtyard side, incarnating the fascination that the writer exerts on the adolescent girl, who will make writing one of her most formidable weapons of influence before being caught in her own trap. .

"When Vanessa Springora released her book (in 2020), all the media focused on the news item, but there is a real language, there is a style", noted the director, specifying that the author had "completely trusted" him when adapting the text.

"To bring Le Consentement to the stage is to make this word heard, that it be received in a shocking, overwhelming way, in the present", he continued, seeing in this text a "true artistic act "with deep resonances on mentalities.

"I'm not going to change society through theatrical staging," he admitted, before adding: "The theater is there like a mirror of who we are."