Stellar earthquakes and merged galaxies... The findings of the new map for the Milky Way

ESA's Gaia satellite, launched in 2013, has been mapping the galaxy from Lagrange Point 2(L2), a prime observation site located 1. 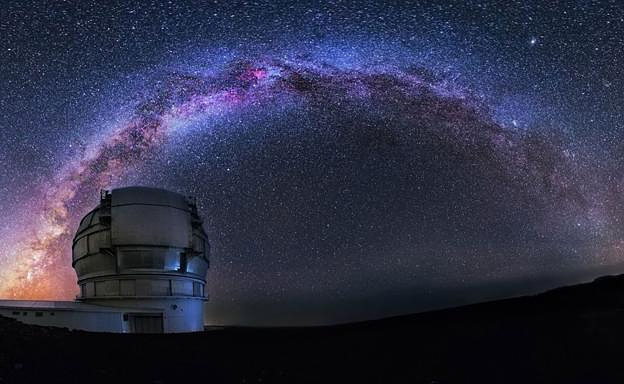 ESA's Gaia satellite, launched in 2013, has been mapping the galaxy from Lagrange Point 2(L2), a prime observation site located 1.5 million kilometers from Earth. To create the most complete and accurate multidimensional map possible of the Milky Way in order to reconstruct its history and predict its future, the goal is to achieve this. Two data sets have been published to date in this area, one in 2016 (DR1), and one in 2018. Yesterday's release of the third data set (DR3) contains even more information and unexpected discoveries about nearly 2 billion stars and other objects within and beyond our galaxy.

This is quite an accomplishment, as "obtaining information from Milky Way is difficult because we are inside it, and observations made from Earth are in some ways biased by our position in space. Gaia however allows us to obtain a precise and detailed global image," Rocio Guerra (Gaia's scientific operations coordinator) said.

Data from DR3 was collected between May 25, 2014, and May 28, 2017. Because most of the data has not been analyzed yet, later dates are not included. Guerra says that this is a complex process that can take many years. It also requires collaboration from more than 450 people, including many Spaniards. After the data is gathered, scientists produced nine studies that explain the findings and the potential for their application. These are just a few.

Although not intended for this purpose, Gaia's great discovery was to be able detect stellar earthquakes (also known as non-radial oscillations). These tiny movements are recorded on the stars' surface and alter their size and shape, thereby changing their luminosity. Guerra says that Gaia has the ability to observe the sky many times and capture the intensity of the light from very hot, very large and rapidly rotating stars. This allows us to infer much about their internal workings. These vibrations were detected in thousands upon thousands of stars, some even where they are rare.

The chemical composition of stars is similar to its DNA, and provides crucial information about their origin. The DR3 release contains the most comprehensive chemical map of the Milky Way. It has been shown that the youngest stars, such as the Sun, contain more heavy metals (iron and calcium ...)) than stars of earlier generations. Also, stars that are more "metallic" are closer to the center of the galaxy and the plane than those that are older.

Another important parameter was the radial velocity 33 million stars. This is the speed at which the stars move away and approach us. This figure is much higher than that of the previous catalog which had 7 million stars.

The origin of many stars can be determined from their chemical composition and radial velocity. Some of these stars are also from other galaxies. "The Milky Way collided between 8 and 11 billion year ago with the Enceladus galaxies and acquired a part of its stars. Guerra says that Gaia allows us to distinguish the different types of stars. This means that some galaxies can absorb or assimilate other galaxies to grow and develop.

It has been determined that 156,000 asteroids have orbits that are very precise. Guerra says that 60 of the asteroids have been identified. This gives us valuable information about the Solar System's families and their chemical compositions.

Additionally, over 800,000 binary system have been identified. These systems are systems that contain more than one star than the Solar System, which only has the Sun.

Gaia sees other objects as well as the Milky Way while she surveys the sky. These include quasars (supermassive, black holes that accumulate matter) or galaxies. In DR3 1.9 Million quasars were observed and 2.9 Million galaxies. From these observations, she has gotten information like brightness, color, or shape.

Gaia continues to look at the sky, and it is possible that she will uncover new mysteries about our galaxy in the near future. Although no specific dates have been set, two more publications similar to this one are anticipated. Guerra says that the fourth catalog won't arrive before 2025, and the fifth will not arrive before 2030. Both catalogs will allow for more exploration of all types of objects within the Milky Way. This will benefit many areas of study, as well as the work of many satellites.

‹ ›
Keywords:
TerremotosEstelaresGalaxiasCanibalizadasHallazgosNuevoMapaLactea
Your comment has been forwarded to the administrator for approval.×
Warning! Will constitute a criminal offense, illegal, threatening, offensive, insulting and swearing, derogatory, defamatory, vulgar, pornographic, indecent, personality rights, damaging or similar nature in the nature of all kinds of financial content, legal, criminal and administrative responsibility for the content of the sender member / members are belong.
Related News