According to a media report, the successor to the nine-euro ticket will be a nationwide valid 49-euro ticket. 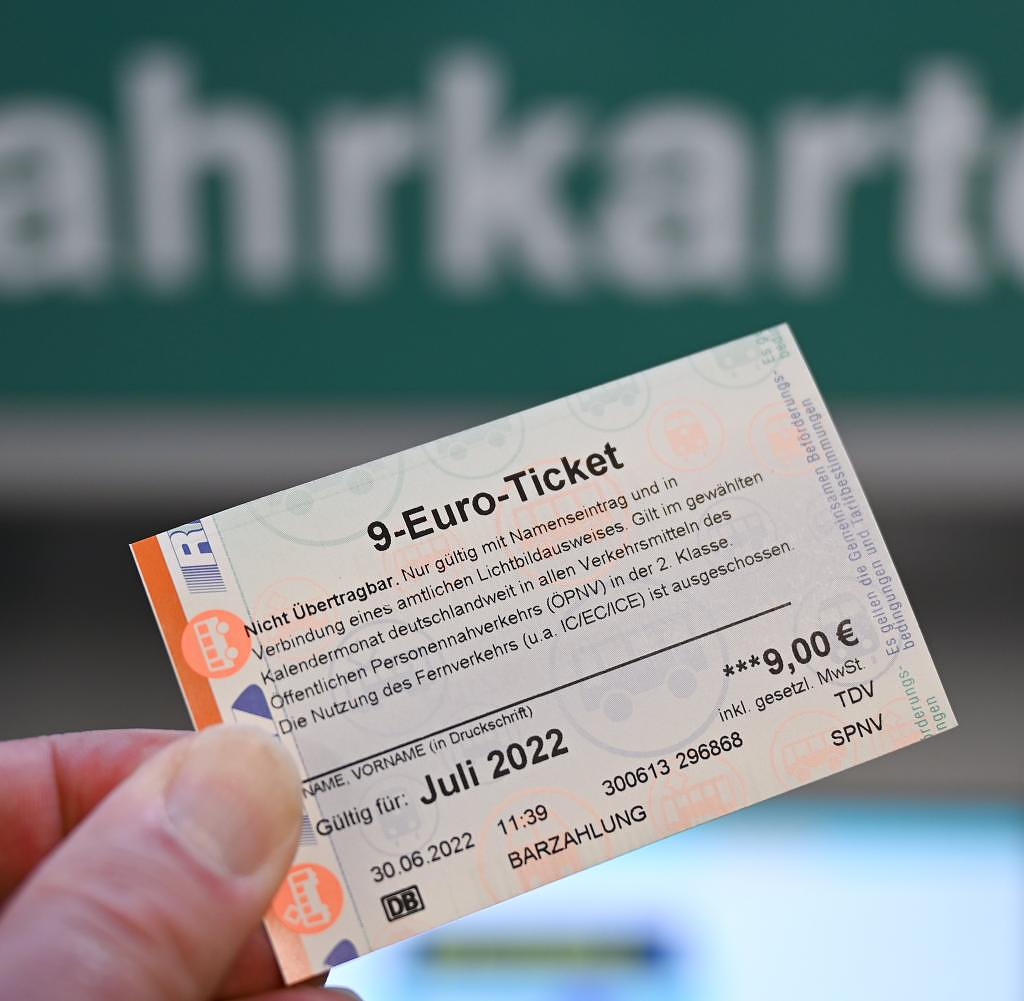 According to a media report, the successor to the nine-euro ticket will be a nationwide valid 49-euro ticket. A key issues paper for the conference of transport ministers beginning on Wednesday in Bremerhaven states that the 49-euro ticket should be available as an annual subscription, the Düsseldorf-based "Rheinische Post" reported, citing the paper available to the editors. The transport ministers therefore expect a high proportion of new customers and a high climate impact.

According to the report, the offer planned under the name "Klimaticket Deutschland" should be valid nationwide in local public transport. "It is personalized and non-transferrable," says the key issues paper. The ticket should be offered both digitally and analogously.

However, the date of introduction still depends on an agreement on the financing. The transport ministers expected the federal government to make an offer to increase regionalization funds. The key issues paper had been coordinated with the Federal Ministry of Transport, the municipal umbrella organizations and the leading transport associations.

North Rhine-Westphalia's Transport Minister Oliver Krischer (Greens) told the newspaper that the states had started a process in September to design the cornerstones for a successor model. "This process is on the right track." But there is still a lack of overall funding for public transport.

‹ ›
Keywords:
TexttospeechNewsteamDeutsche BahnÖffentlicher Personennahverkehr (ÖPNV)VerkehrsministeriumTicketpreiseGrüneApple PodcastKarriereBremerhavenBundesverkehrsministeriumAmazon MusicRheinische PostDüsseldorfGoogle
Your comment has been forwarded to the administrator for approval.×
Warning! Will constitute a criminal offense, illegal, threatening, offensive, insulting and swearing, derogatory, defamatory, vulgar, pornographic, indecent, personality rights, damaging or similar nature in the nature of all kinds of financial content, legal, criminal and administrative responsibility for the content of the sender member / members are belong.
Related News