State of emergency declared in Pakistan under the flood

More than 900 people have been killed, including 34 in the past 24 hours, due to monsoon rains that started in June, the National Disaster Management Agency (NDMA) said on Friday. 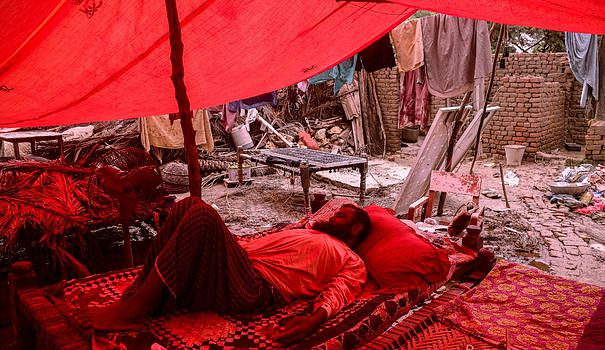 More than 900 people have been killed, including 34 in the past 24 hours, due to monsoon rains that started in June, the National Disaster Management Agency (NDMA) said on Friday.

More than 33 million people have been "hard hit", according to the Pakistani Prime Minister's Office. Nearly 220,000 houses were completely destroyed, and 500,000 seriously damaged, detailed the NDMA.

The monsoon, which usually lasts from June to September, is essential for the irrigation of plantations and for replenishing the water resources of the Indian subcontinent. But it also brings its share of drama and destruction each year.

In Sukkur, in the province of Sindh (South), particularly affected, the inhabitants try to make their way through the muddy streets cluttered with debris carried by the weather.

"I have never seen such floods in my life," said Rahim Bakhsh Brohi, a farmer interviewed by AFP.

According to the authorities, these bad weather are comparable to those of 2010, a record year during which 2,000 people were killed and nearly a fifth of the country submerged by the rains.

Like thousands of rural residents seeking shelter, Brohi was trying to find refuge on the elevated national road, a rare place untouched by flooding. Some 80,000 hectares of agricultural land have been destroyed in this province alone.

"The 20 hectares of cotton that I had planted have completely disappeared. It's a huge loss, what can I do?" Laments Nasrullah Mehar in turn.

"24 hours ago, the water would have come to you here," Aqeel Ahmed, a 24-year-old student, shows AFP with his hand up to his chest.

Climate Change Minister Sherry Rehman, who on Wednesday spoke of a disaster "of a rare scale", announced a state of emergency on Friday and appealed for international help.

- From drought to floods -

Pakistan is particularly vulnerable to climate change. It is in 8th position of the countries most threatened by extreme weather phenomena, according to a study by the NGO Germanwatch.

Earlier this year, much of the country was in the grip of a heat wave, with up to 51°C recorded in Jacobabad, Sindh province. Today, this city is affected by floods which have damaged houses, washed away roads and bridges.

Prime Minister Shehbaz Sharif canceled his trip to Britain to oversee rescue operations and ordered the army to focus entirely on relief operations.

Army officers will also have to pay a month's salary in the face of the losses caused by the disaster and an appeal for donations has been launched.

"I flew over the disaster area and I have no words to express what I saw," the prime minister said on television after a visit to Sukkur.

The regions of Balochistan (West) and Sindh (South) are the most affected, even if the torrential rains affected almost all of Pakistan.

Videos posted on social networks on Friday showed buildings, installed near flooded rivers, as well as bridges destroyed by the waves.

In Chaman, near the border with Afghanistan, displaced people were walking through waist-deep muddy water due to a burst nearby dam.

In Quetta, capital of the province of Balochistan, the railway lines were cut following the damage suffered by a bridge. Most telephone networks and internet services have been interrupted, according to the telecommunications authority, which described the situation as "unprecedented".