A special mouth and nose protective mask can use sensors to register viruses in the air. 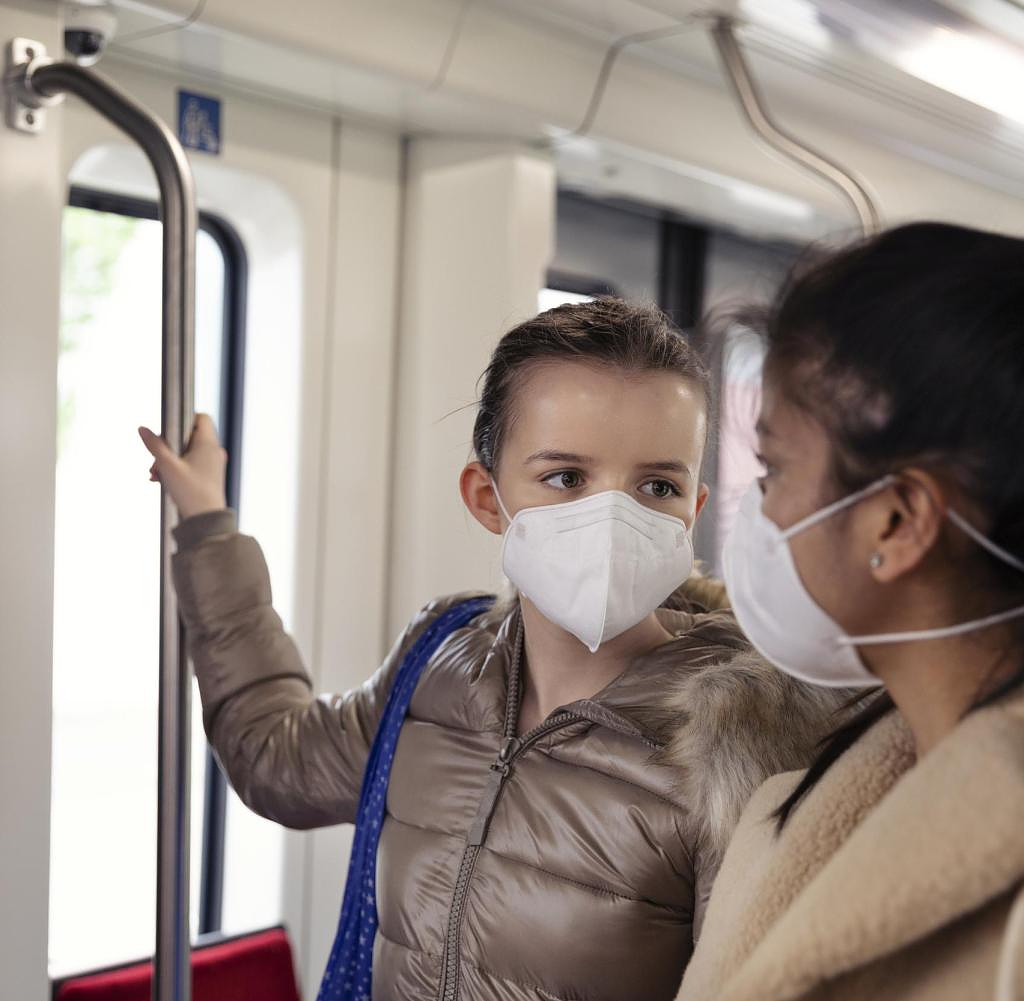 A special mouth and nose protective mask can use sensors to register viruses in the air. The prototype developed by Chinese researchers displays the Sars-CoV-2 coronavirus and the H1N1 and H5N1 flu viruses, but can be easily adapted for other pathogens. The proof takes about ten minutes and can be accessed on mobile devices, reports Yin Fang's team from Tongji University in Shanghai (China) in the journal "Matter".

"Our mask would work very well in poorly ventilated spaces, such as elevators or enclosed spaces where the risk of infection is high," Fang is quoted as saying in a statement from the journal. Respiratory pathogens are spread through small droplets and aerosols released by infected people when they speak, cough or sneeze. According to the researchers, the mask can warn its wearers when they are in an environment with a viral load.

To detect the viruses, the researchers use aptamers, short pieces of DNA that can bind a specific virus protein. As soon as such a protein docks onto an aptamer, the signal is amplified by an ion-controlled transistor and thus made detectable.

The ions (electrically charged particles) move in a gel, i.e. a solid, in contrast to the mostly liquid electrolytes. The very elastic solid facilitates the integration into a flexible, printed electronic circuit. In this case, switching occurs when the aptamers are occupied by viral proteins.

The prototype of the new mask has three sensors that are adapted to the corona virus and the two flu virus variants. If all three types of virus appear in the air at the same time, they can all be registered independently.

Three curves showing the virus load then appear on a smartphone or tablet computer via a wireless connection. "Users can share the results with healthcare institutions through the cloud database for immediate assistance and provide critical information for early epidemic control," the study authors write.

The sensors are extremely sensitive: A tiny droplet of 0.3 microliters (thousandths of a milliliter) is sufficient for detection. That's up to 560 times less liquid than is expelled in a single sneeze. Viruses can be detected in gases if they make up as little as 0.1 femtogram (trillionth of a milligram) in one milliliter. The researchers also tested other, similar proteins and were able to show that the virus proteins were recognized selectively.

Doctors currently rely heavily on their experience in diagnosing and treating diseases, Fang says. "But with richer data collected from wearable devices, diagnosis and treatment of diseases can become more precise." The research team wants to further increase the sensitivity of the sensors by optimizing the aptamers and the transistors.

‹ ›
Keywords:
CoronavirusGrippeInfektionskrankheitenMaskenpflichtMundNasenSchutzTongji UniversityMatterGesundheitYin FangSchanghaiChinaCoronaGrippeviren
Your comment has been forwarded to the administrator for approval.×
Warning! Will constitute a criminal offense, illegal, threatening, offensive, insulting and swearing, derogatory, defamatory, vulgar, pornographic, indecent, personality rights, damaging or similar nature in the nature of all kinds of financial content, legal, criminal and administrative responsibility for the content of the sender member / members are belong.
Related News