Post a Comment Print Share on Facebook
Famagusta
DOLLAR 18,64
EURO 19,57
GOLD 1.077,95
BIST 5.046,19
Back to the stone age - the war against agriculture
These are the best nonfiction books of December
Eight novels to offer at Christmas, for your feminist cousin, your geek...
She liked being a little mean
She liked being a little mean
Identity? This is their solution!
The fabulous world of Alice S.
The best gifts, recommended by the WELT editorial team
“At the first rehearsal I realized that this is not normal theatre”
Jan Böhmermann's list of enemies and their own life 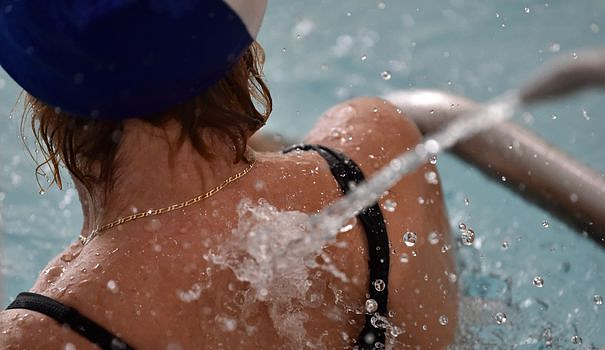 Spa treatments, offered in a hundred towns scattered across France, promise to cure various illnesses thanks to the supposed benefits of local water.

This can be drunk, applied in the form of mud during massages, used as a framework for aquatic exercises... The cures, carried out each year by several hundred thousand patients, indeed include a part of physiotherapy and 'physical activity.

These "thermal treatments" have been reimbursed by Social Security for several decades for two-thirds of their amount. Provided they are prescribed by a doctor against a specific pathology.

The possibilities are vast: the list of specialties ranges from rheumatology - by far the queen of the sector - to cardiology, passing through psychiatry or dermatology.

However, the benefits of hydrotherapy are the subject of vast skepticism among the majority of specialists in these different fields, interviewed by AFP – who chose not to solicit doctors linked to the sector.

"I don't see any scientific evidence for that," says Christophe Leclercq, president of the French Society of Cardiology. “Social Security coverage is not necessarily justified,” says psychiatrist Antoine Pelissolo.

A minority, however, considers that the cures have an interest, but without believing in the benefits of the waters.

"You have to see spa treatments as a particular period during which there is physical activity", advances rheumatologist Francis Berenbaum, excluding any "magical effect of water".

This is also the position of Social Security, currently in the process of renegotiating the agreement which governs its relations with the sector and expires at the end of the year.

"We reimburse what is most medical", explains Dominique Martin, the doctor who advises Health Insurance. "What matters is the support, the massages... Afterwards, do the trace elements in the sludge pass (into the body)? Honestly, that doesn't mean anything to me."

It would therefore not be the water that counts but everything around it. Only, this position poses problems of consistency: Why not just prescribe physical exercises in a swimming pool at home, for example?

The thermal world boasts inseparable advantages: "there is the quality of thermal water on the skin or the tissues, but also the whole technique: it is a conjunction", estimates Thierry Dubois, head of the lobby of the sector, the National Council of thermal establishments (CNETh).

He refers the skepticism of some doctors to a lack of knowledge of hydrotherapy, believing that the therapeutic value of cures is proven by the loyalty of many patients even though they have to pay part of it.

In some respects, the debate is reminiscent of that on homeopathy, the reimbursement of which ended in 2021 in the face of its lack of effectiveness. Like homeopaths, the thermal world emphasizes the low cost of the sector for Social Security: not even 0.5% of expenses.

However, contrary to homeopathy, the thermal world has undertaken and financed for twenty years a real work of scientific research, sometimes published in reference journals.

Still, these studies are rarely as conclusive as the presentation made of them. One of them, called "Thermarthrosis" and presented as one of the most conclusive, thus concludes that a spa treatment makes it possible to improve osteoarthritis of the knee. But it is questionable on several counts. It mixes baths, massages and physical exercises in water, without distinguishing which really have an effect.

Another important bias, the patients of the "control group" - those who did not benefit from a cure - are supposed to have carried out a physical activity program on their own, but the study did not check to what extent these exercises were performed.

So many biases "typical of a promotional clinical trial", judges cardiologist Jérémy Descoux, engaged in the fight against pseudo-medicine within the Fakemed collective.

An outside view would make it possible to decide, for example that of the High Authority for Health (HAS). Normally, this public body systematically decides whether a treatment should be reimbursed or not.

On hydrotherapy, she has never been asked. Admittedly, some deputies of the majority have recently proposed an amendment which would condition the reimbursement of cures in his opinion, but it has aroused the indignation of elected officials from different sides, from departments rich in spa towns. And the government, which interrupted Wednesday by a 49.3 the parliamentary debates on Social Security, took the opportunity to eliminate this amendment.

This is not a first: "each time the thermal actors manage, via networks of elected officials, to thwart attempts (to) reduce reimbursement", explains sociologist Adrien Sonnet.

Because the economic interest of hydrotherapy goes well beyond the establishments alone. The resorts are very often small towns whose businesses largely depend on the influx of spa guests. It is difficult for elected officials to drop these whole sections of their constituency.

Former MP Yves Bur knows something about it. Already in 2008, he unsuccessfully proposed an amendment that would have reduced the reimbursement of cures. Its own majority, on the right, refused it.

"Suddenly, you have a lot of people attending the (parliamentary) sessions: 50, 60 elected officials who are there and impatient," he quips.

"The reimbursement of hydrotherapy is protected by its economic and tourist impact", he concludes, seeing it as a "lost cause" for public money. 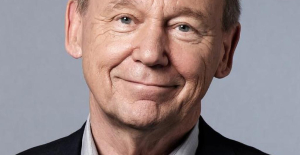 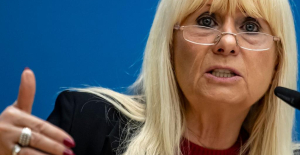 Bicycles in car parks – Berlin Senator for the Interior... 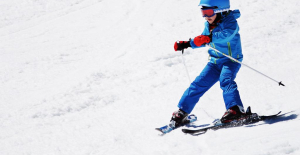