South Korea reaches round of 16 – Uruguay are eliminated 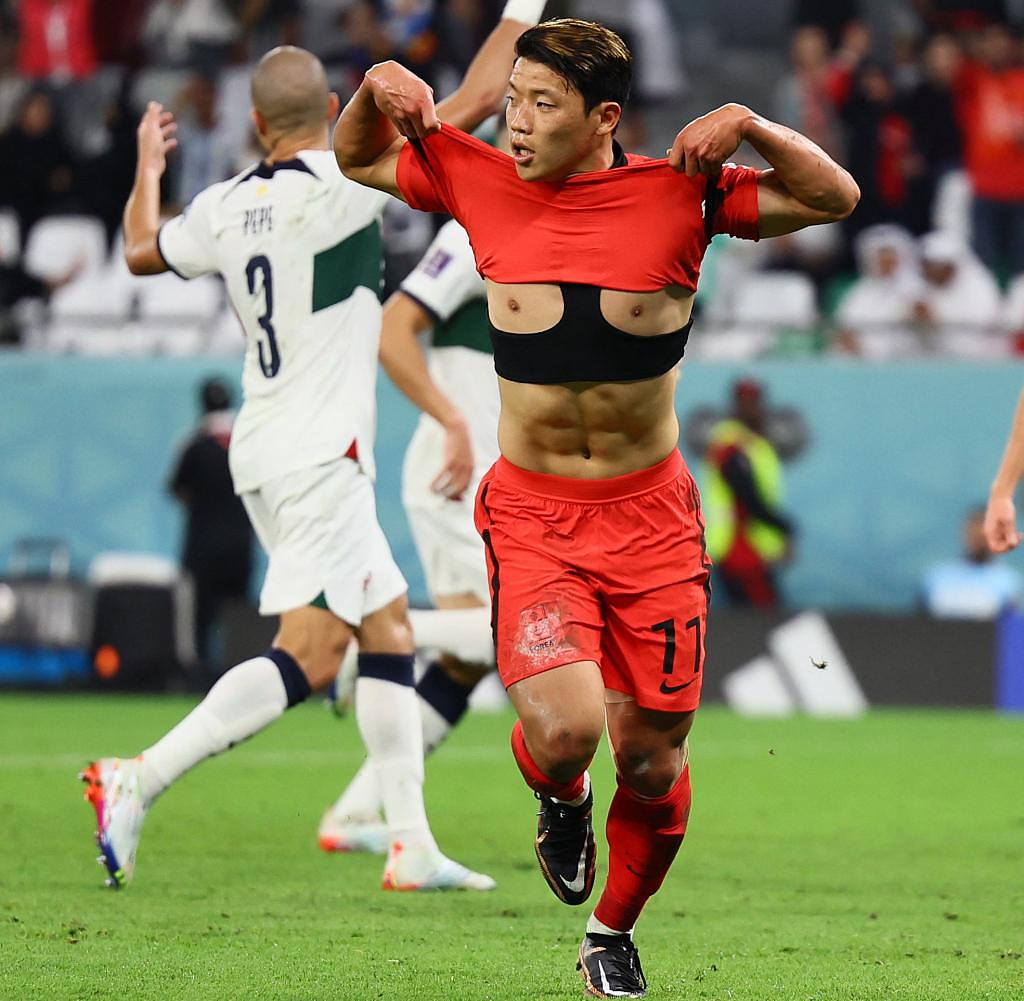 Heung-Min Son and Co. gathered in the center circle and stared at the supervisors' cell phones for what seemed like endless minutes, then jumped around wildly with joy. Just one day after the Japanese coup in the heart-stopping final with Germany, South Korea created another Asian sensation in a similarly dramatic scenario and reached the World Cup round of 16 in Qatar.

The two-time Asian champions defeated favorites Portugal, who had already qualified for the knockout rounds, 2-1 (1-1) in the last minute and at the same time thwarted superstar Cristiano Ronaldo's hopes of the legend Eusébio's goal record. South Korea thus secured second place in Group H ahead of rival Uruguay (both 4), who had the same number of points and won 2-0 (2-0) against Ghana. With the same goal difference, the more goals scored made the difference for South Korea.

Ronaldo, who stumped off the pitch when he was substituted, failed to score again and is one goal behind his legendary compatriot in the World Cup record. However, winning the group was not in danger for Ronaldo and Co., which means that the Portuguese will take the supposedly easier route in the knockout stages of the finals. For South Korea around the former Bundesliga professional Son, it is only the third round of 16 entry in the eleventh World Cup participation.

Young-Gwon Kim (27) equalized the early Portuguese opening goal from Ricardo Horta (5th minute) before Hee-Chan Hwang (90.2) sent the Asians into a frenzy late on in front of 44,097 spectators at Education City Stadium. "It's a disappointment. We have shown good things, but also not so good ones. It could be a wake-up call for us," said Portugal coach Fernando Santos.

Portugal coach Fernando Santos made six changes to his team, but Ronaldo remained in the starting XI. Naturally. After all, CR7 still had records in mind. The first player to score at five men's World Cups, his goal in the opener against Ghana already has a claim to play, but Ronaldo wanted more.

The striker engaged himself in the offensive game, but didn't want to succeed much. In the 42nd minute, he dived freely in front of the South Korean goal for a header, but missed the target by a few meters. Previously, the 37-year-old had lost his goalscoring qualities when he had a big chance but was offside (30'). And in the second half he didn't hit the ball properly in a promising position (52').

To make matters worse, Ronaldo, who was currently without a club, was also involved in the goal. From a corner, the superstar looked unfortunate as the ball bounced off his back for Kim, who finally had to shoot in. Ronaldo also had to hear "Messi" shouts from the South Korean fans. After 65 minutes Santos then took his hapless offensive player off the field.

"Our wish and that of Brazil is that we meet later," said Portugal coach Santos. Accordingly, the Portuguese pushed the pace, but also revealed gaps on the defensive. However, the South Koreans, who started with Jae-Sung Lee from Mainz, lacked penetrating power as is so often the case – until Hee-Chan Hwang struck in added time. The former Hamburger and Leipziger scored a counterattack after submission by Son to the celebrated victory.

South Korea's coach Paulo Bento had to watch all of this from the stands. Ironically, he was suspended against his home country after the red card because of his violent protest after the game against Ghana. Bento had also coached Portugal and Ronaldo between 2010 and 2014 - albeit with moderate success.

‹ ›
Keywords:
GhanaKatarFussballCristiano RonaldoSüdkoreaUruguayAFPSouth KoreaFernando Santos
Your comment has been forwarded to the administrator for approval.×
Warning! Will constitute a criminal offense, illegal, threatening, offensive, insulting and swearing, derogatory, defamatory, vulgar, pornographic, indecent, personality rights, damaging or similar nature in the nature of all kinds of financial content, legal, criminal and administrative responsibility for the content of the sender member / members are belong.
Related News