Europe is losing its place as a space power. 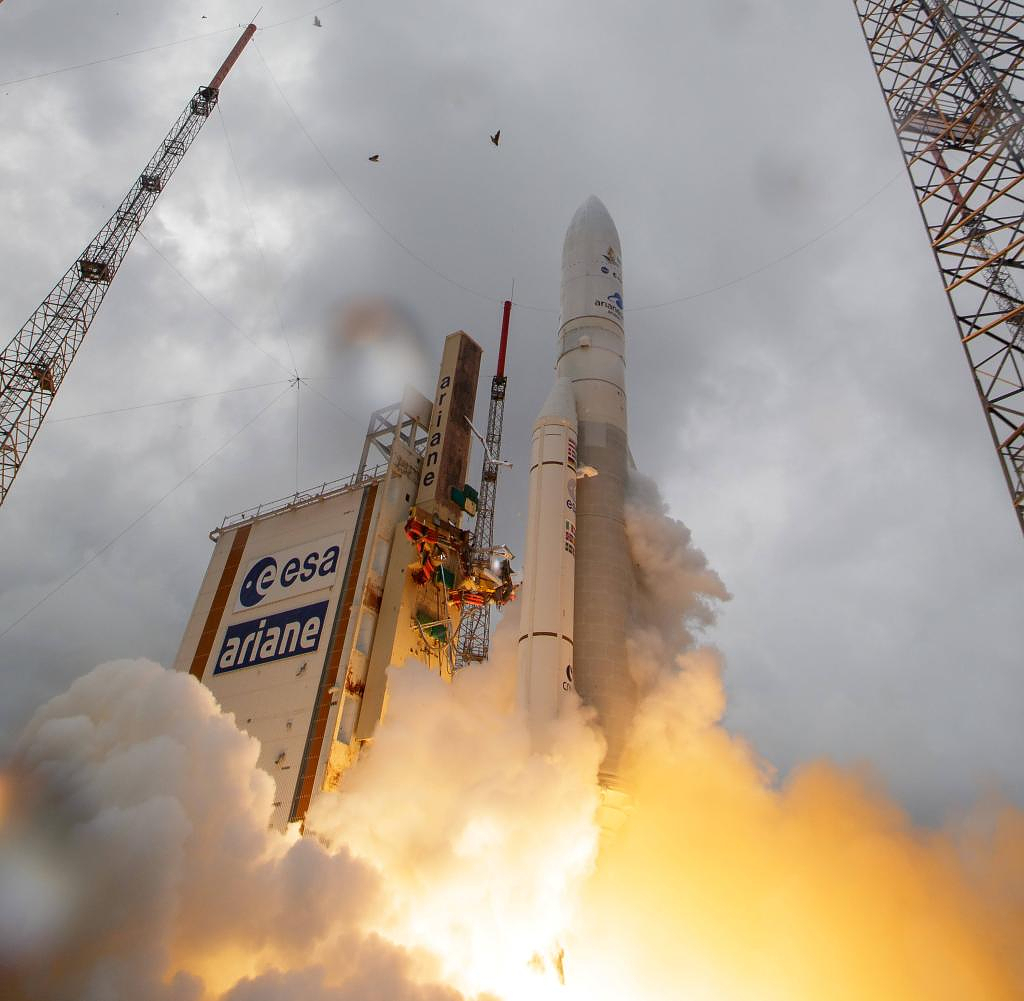 Europe is losing its place as a space power. With the failure of the Vega-C light rocket, the positive momentum of the ministerial meeting of the European Space Agency (ESA) has already burst. The numbers are gruesome: 60 launches of SpaceX's Falcon rocket this year, versus two Ariane launches.

More than 100 American launches are expected for 2023, when there will be the last Ariane 5 rockets without its big sister Ariane 6 having made a confirmed first launch yet.

At that point, we will no longer have access to space, so we will be forced to launch the last three Galileo navigation satellites using an Elon Musk rocket, having previously relied on Russian Soyuz rockets.

We had already launched the latest French military communications satellite on an American rocket. Not to mention manned flights, which we have never mastered, unlike the Americans, the Russians, and now the Chinese.

The Chinese are the only country that has an independent space station, while the others are dependent on the International Space Station. Finally, we depend on the American Space Command for tracking small objects in orbit, a key capability given the exponential proliferation of satellites by constellations, debris and the potential for accidental or deliberate collisions.

Not to mention the role played by the Maxar and Starlink satellites in supporting Ukrainian field observation and communications. Europeans are often deaf and blind on their own continent.

Why is it important to draw this damning conclusion? Because we only move forward with clarity: the European space industry must change radically in order to get back on its feet. Of course, the performance of Ariane 5 has allowed the James Webb telescope to be more precise and gain a few years of life.

And of course, the Orion module is essential for conquering the moon in the Artemis mission. But all this is happening within programs pushed by the Americans, who have again become an immense space power, in parallel with the Chinese, who are multiplying their achievements: landing on the dark side of the moon, space station, Mars rover, quantum communications — regardless of possible collateral damage, as we saw with the uncontrolled return of the Long March rocket first stage in early November.

This is our main message: like the United States, whose space program was dying just 20 years ago after the failure of the space shuttle, a leading Europe in space is possible. But it requires great political courage, clear priorities, unwavering honesty and flawless execution.

Let's enumerate some of the possible running routes: The organization and the sacred cows of Europe need to be radically rethought. When ESA was founded there were plans to abolish the national agencies - this ultimately did not happen, leading to a huge mess between technical overlaps and procurement agencies.

European public bodies, wanting to be efficient, are throwing themselves into commercial activities such as space observation, crowding out private actors who would be ten times more efficient

Worse, they are sometimes deeply naïve considering that the Copernicus observation data is freely available - even for the major US technology platforms. The latter make them readable to end-users who pay for the service or bring convenient advertising revenue to these platforms.

Strategic thinking needs to be restored, in two ways: by ending mainstream funding - be it through European research programs or through national programs - and instead by making wise use of public procurement, with contracts going to the best rather than the most established have to be given.

And by strategically designing engagements to avoid any bias that would shut out new entrants that often enable the greatest disruption and innovation. In order to achieve this, the strategic and operational competence of the public client must be strengthened: more engineers, fewer lawyers.

The 2.4 billion euros for the new connectivity constellation IRIS2 would be lost if, as with Ariane 6, we lie to ourselves by setting unrealistic schedules, or if we make a sovereign copy of Starlink.

Will we use quantum communication? Will our satellites be less complex and much cheaper? Will the gamble of using just 100 satellites (compared to the tens of thousands that Starlink plans long-term) pay off? Will positioning in multiple orbits (low, medium, high) be worth it in terms of performance and cost?

Thanks to IRIS2, will we become independent in terms of the semiconductors used? Will we develop real data processing and encryption technologies for the data used? Will we use laser communication to increase upload and download speeds? Will we have a cloud in space?

Europe is losing market share and influence in space every day, despite the talent our continent has, as demonstrated by the NewSpace boom. A revolution in methods, strategic public procurement and our ability to prioritize and think ahead with technology can enable Europe to remain relevant in space.