After the arrest of a son of imprisoned drug lord Joaquín "El Chapo" Guzmán, suspected gang members and security forces fought for hours in northwestern Mexico. 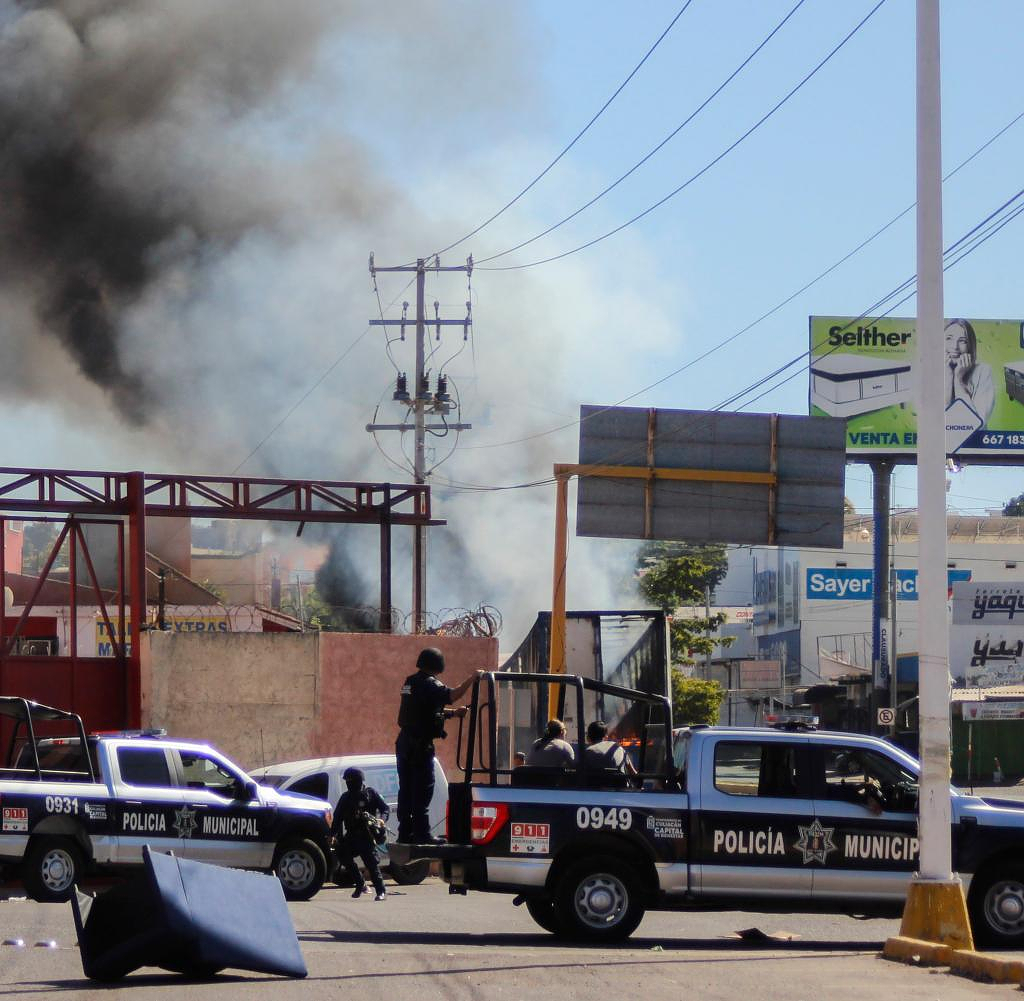 After the arrest of a son of imprisoned drug lord Joaquín "El Chapo" Guzmán, suspected gang members and security forces fought for hours in northwestern Mexico. Criminals blocked buses and trucks on the streets of the city of Culiacan and set the vehicles on fire, television broadcasts showed on Thursday. Numerous shots were heard.

Armed forces attacked the airport and a barracks, among other things, said Defense Minister Luis Cresencio Sandoval. According to local authorities, one police officer was killed and 18 people were injured. In view of the clashes, Governor Rubén Rocha Moya called on people in Sinaloa to stay in their homes. Schools, public buildings and the Culiacan airport have been closed. The US Embassy in Mexico advised against travel to Sinaloa.

Soldiers had previously arrested Ovidio Guzmán, the Mexican government said. "This is a serious blow to the leadership of the Sinaloa cartel," Sandoval said. After his father's arrest, Guzmán took over part of the Sinaloa cartel and was considered one of the most important dealers in the drug fentanyl in the Latin American country. Together with his brothers, he repeatedly fought clashes with other groups within the Sinaloa cartel.

He was arrested once before in 2019 but later released by order of President Andrés Manuel López Obrador to stop heavy fighting between criminals and security forces. According to US officials, he runs a number of methamphetamine manufacturing laboratories, manufacturing between 1.5 and 2.5 tons of the drug per month. He is also said to have ordered the murders of informants, rivals and a singer who did not want to sing at his wedding.

His father "El Chapo" was one of the most powerful drug dealers in the world. The former head of the Sinaloa cartel smuggled tons of cocaine and heroin into the US and made billions from it. He is also said to have been responsible for up to 3,000 murders. He twice broke out of maximum security prisons in Mexico. After his last arrest, he was extradited to the United States and sentenced to life imprisonment.

Ovidio Guzmán was taken to Mexico City and turned over to the Organized Crime Prosecutor's Office. The US State Department put a $5 million bounty on his head. A Washington court charged him with drug smuggling in 2018. Foreign Minister Marcelo Ebrard has now said, however, that Guzmán will at least not be immediately extradited to the United States.

Next week, Mexican President López Obrador, US President Joe Biden and Canadian Prime Minister Justin Trudeau will meet in Mexico City for the North America Summit. One of the topics at the meeting in the Mexican capital will also be the common security policy.

‹ ›
Keywords:
JoaquinNewsteamMexikoDrogenhandelGuzman
Your comment has been forwarded to the administrator for approval.×
Warning! Will constitute a criminal offense, illegal, threatening, offensive, insulting and swearing, derogatory, defamatory, vulgar, pornographic, indecent, personality rights, damaging or similar nature in the nature of all kinds of financial content, legal, criminal and administrative responsibility for the content of the sender member / members are belong.
Related News