The 52-year-old German is said to have lured his long-term partner into his car in the Eidelstedt district of Hamburg on April 13, 2020 and drove with her to a forest near Bad Bentheim in Lower Saxony, as the prosecutor explained. 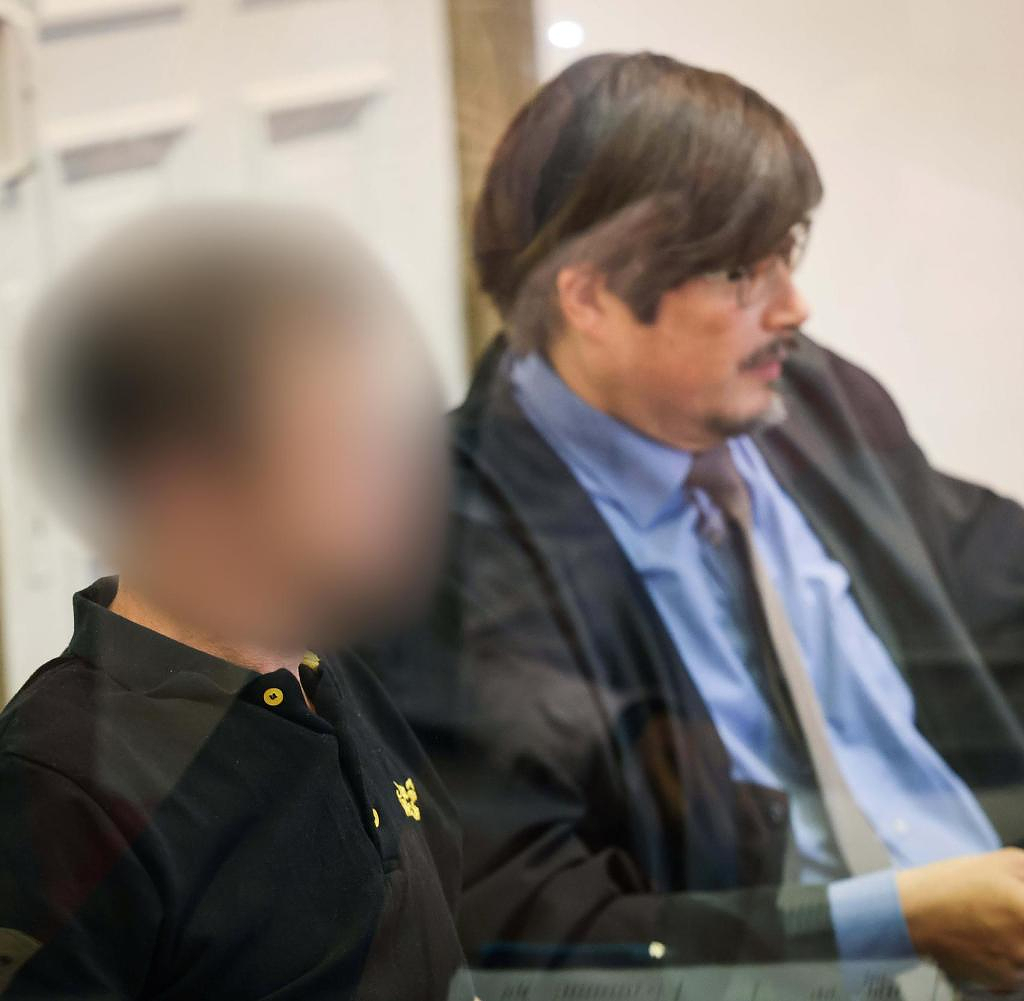 The 52-year-old German is said to have lured his long-term partner into his car in the Eidelstedt district of Hamburg on April 13, 2020 and drove with her to a forest near Bad Bentheim in Lower Saxony, as the prosecutor explained. There, the accused is said to have beaten and tied up the woman.

A few days earlier, the then 39-year-old woman had declared that she wanted to separate from him after 23 years of relationship. The reason was an arrest and the man's stay in custody for several weeks.

According to the indictment, the reason for the separation was the man's arrest and two-month pre-trial detention. But because the woman relied on de-escalation, she followed the ex-partner's request to accompany him to an acquaintance to drive the car back. At a rest stop, he put knockout drops in her coffee. Because the drink then tasted bitter, she swapped the cup.

In the forest near Bad Bentheim he hit her with his fist and tied her hands behind her back. She suffered bleeding from the skin and abrasions on her wrists.

He threatened to kill her if she didn't reverse the separation and flee to Mexico with him. According to the indictment, he said he wanted to bury her with a shovel he had in the trunk or shoot her. In the face of beatings and threats, the woman initially complied. She filed a complaint with the police the following day.

The officials had made a dangerous speech to the accused, said the spokeswoman for the public prosecutor's office. But he then planned another kidnapping in order to force the woman to withdraw her criminal complaint and to continue the relationship.

He rented a car and asked his son and his friend for help. He promised his friend 1000 euros for it. On April 19, 2020, the three men ambushed the woman in the underground garage of her apartment.

The 39-year-old appeared accompanied by their son. The 18-year-old stood in front of his mother. According to the indictment, the father's 25-year-old son shot his half-brother with a stun gun, but only hit his jacket.

In the fight that followed, the 18-year-old fell to the ground. The defendants dragged the mother onto the back seat of her rental car and drove away with her. On the drive, the son's friend said, according to the indictment, "that he would have no problem putting a bullet in her head."

He got out at a gas station to get the 52-year-old's car. The accused had met again in a forest near Wedel (Pinneberg district). After paying the promised reward, the 52-year-old drove alone with the woman in his car to a dirt road near Elmshorn, where they spent the night.

The following day he took her to an acquaintance's apartment in Nordhorn (Bentheim County, Lower Saxony). There he tried to persuade her to withdraw the ad and to continue the relationship. Six days after her kidnapping, the Hamburg police tracked down the 52-year-old. A mobile task force freed the woman on April 25, 2020 and arrested the man.

The process had already started once before and was then suspended on July 21 because deadlines had expired due to missed appointments, a court spokesman said. At the last appointment, the reason was that the son had not appeared. He is now in custody.

The defendants initially did not comment on the allegations during the first round of the trial. However, their defense lawyers did not rule out a later statement. The lawyer for the 52-year-old, Jan Lam, said before the trial began: "I assume that the allegation of hostage-taking will not be confirmed." He intends to apply for acquittal. His client is currently in prison, he explained, without saying why.

According to a court spokesman, the accused was sentenced in June 2019 by the Hamburg district court to one year and two months of imprisonment on probation for tax evasion. On January 19, 2021, the Oldenburg Regional Court sentenced him to three years and four months in prison for theft, arson and fraud. Both judgments are final.

‹ ›
Keywords:
EntführungenHamburgPolizeiMexikoLandgerichteEidelstedtNiedersachsenKrimiJan LamAutoBad BentheimSEK (Spezialeinsatzkommando)Oldenburg
Your comment has been forwarded to the administrator for approval.×
Warning! Will constitute a criminal offense, illegal, threatening, offensive, insulting and swearing, derogatory, defamatory, vulgar, pornographic, indecent, personality rights, damaging or similar nature in the nature of all kinds of financial content, legal, criminal and administrative responsibility for the content of the sender member / members are belong.
Related News