The blood donation services in the north lack young people. 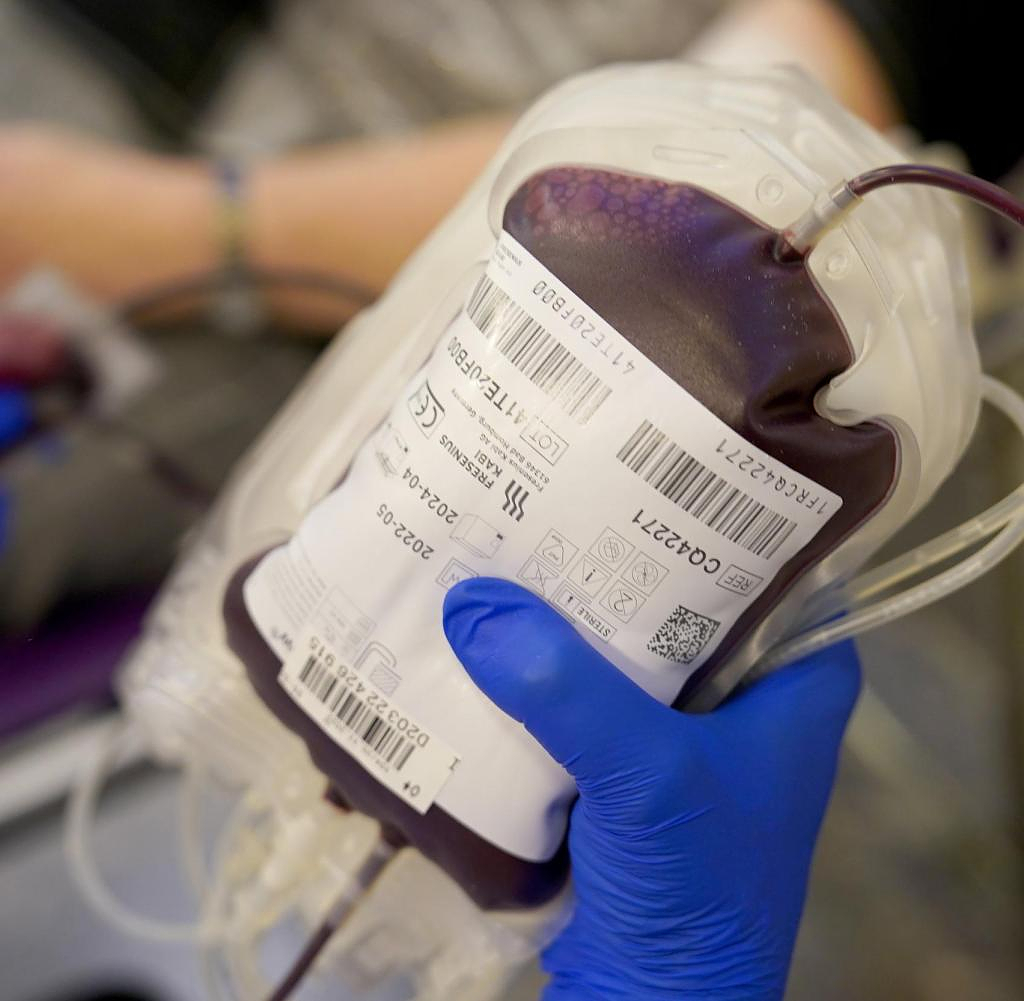 The head of the Institute for Transfusion Medicine at the University Hospital Hamburg-Eppendorf (UKE), Sven Peine, also spoke of a "mega challenge" for all blood donation services in the coming years in view of the demographic change.

It is important to find people who donate regularly to cover the great need, emphasized the doctor. This commitment is needed, because it is supposedly safe to believe that someone is already doing it. According to the DRK, continuity in donations is important because you cannot stock up. "Some of the preparations only have a very short shelf life," explained von Rabenau.

According to the DRK, the population in the north is currently stable at a low level. "But we can not draw from the full," said von Rabenau. "At the moment we have relatively empty shelves for Rhesus negative blood groups in Schleswig-Holstein and Hamburg." "We can only ensure the blood supply with special appointments," said von Rabenau. The dates on December 26 have a long tradition.

Even if many wanted to help with blood donations during the Corona crisis, the DRK numbers do not come close to the time before the pandemic - partly because the implementation of the mobile campaigns was more difficult due to the corona: In 2019 there were 123,000 blood donations, but in 2021 only 114,500. But even this year there are only 98,000 so far. "Our forecast is that we will be below 2021 again at the end of the year," said von Rabenau.

The situation is different for the UKE blood donation services, which are open at three fixed locations. The support during the Corona period was enormous, reported the head of the Institute for Transfusion Medicine, Peine. “We saw twice as many new blood donors in the two Corona years.” But the numbers have been going down significantly since spring – but the donations from 2019 are still exceeded.

You must be of legal age to donate blood. Anyone who has reached the age of 73 is no longer allowed to donate blood to the DRK. "We at the DRK have many older donors," said von Rabenau. "They will then stop being donors at some point and then, because of their advanced age, come into the group of patients who may be dependent on a blood donation at some point in their lives."

You can donate blood for the first time up to the age of 65. "We don't even miss the 18 to 19-year-olds, because we go to schools a lot and are digitizing our speech more and more," said von Rabenau. "But the generation after school or training, the phase of starting a family, that's the time when people are busy with other things."

According to the DRK, there is a noticeable difference between city and country: "The willingness to donate is greater in the country," she said. "In the city you live a little more anonymously, in the country the donation dates are integrated into village life as meeting points."

At the DRK you don't get any expense allowance for donating blood, at the UKE blood donation services there are 23 euros from the second donation, according to the institute director Peine. According to the DRK, men may donate a maximum of six times within 365 days, women four times. There must be a minimum interval of 56 days between blood donations.

‹ ›
Keywords:
GesundheitHamburgKrimiBlutspendenDRKLütjenseeUKELauterbachJörnSusanne Von RabenauBlutspendedienstes
Your comment has been forwarded to the administrator for approval.×
Warning! Will constitute a criminal offense, illegal, threatening, offensive, insulting and swearing, derogatory, defamatory, vulgar, pornographic, indecent, personality rights, damaging or similar nature in the nature of all kinds of financial content, legal, criminal and administrative responsibility for the content of the sender member / members are belong.
Related News