Somalia: the government announces the death of a Shebab leader in an airstrike

The drone strike launched on October 1 by the Somali military and "international security partners" killed Abdullahi Yare near the coastal town of Haramka, the information ministry said in a statement dated Sunday and highlighted. 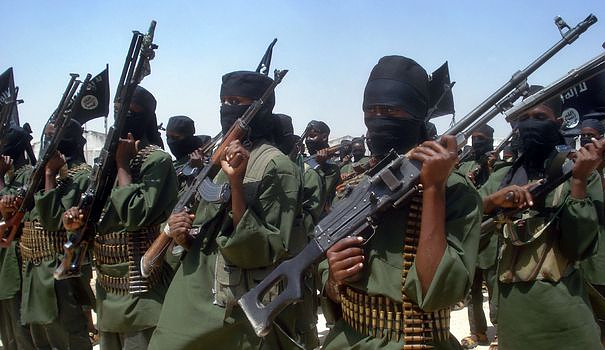 The drone strike launched on October 1 by the Somali military and "international security partners" killed Abdullahi Yare near the coastal town of Haramka, the information ministry said in a statement dated Sunday and highlighted. line Monday.

"This leader (...) was the group's chief preacher and one of the most notorious members of the Shebab group," the statement said. "He was the former head of the Shura Council and the group's chief financial officer," the ministry added, referring to the Al-Shabaab supreme advisory body.

A co-founder of the al-Qaeda-linked group, Yare was seen as the candidate to lead the movement in place of its ailing leader Ahmed Diriye, according to the ministry.

"His elimination is like a thorn pulled out of Somalia as a nation," the ministry said. He was one of seven leaders named by the United States on its most wanted list in 2012, with Washington offering a $3 million bounty for his capture.

The strike comes weeks after Somali President Hassan Sheikh Mohamud vowed to wage "all-out war" against jihadists after a series of deadly attacks, including the 30-hour siege of a hotel in the capital Mogadishu, which has left 21 dead at the end of August.

US forces have often partnered with African Union (AU) soldiers and Somali troops in counter-terrorism operations in the past. In particular, they have carried out frequent raids and drone strikes on Al-Shabaab training camps throughout Somalia.

On September 21, the US military claimed to have killed 27 jihadist fighters in an airstrike carried out near Bulobarde, the main town on the road linking Mogadishu to Beledweyne, a key town on the border with Ethiopia.

The Al-Shabaab have been leading an insurrection against the Somali state for more than ten years. Driven out of the main cities of the country, including Mogadishu in 2011, they remain established in vast rural areas. In recent months, they have intensified their attacks.