Societe Generale: Slawomir Krupa will succeed Frédéric Oudéa at the head of the bank

A "very good knowledge of the bank", "experience", "leadership and an ability to train teams" or even a good vision of the "development of the banking system at the international level". 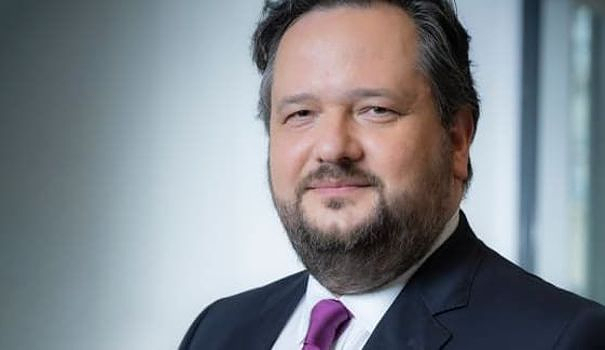 A "very good knowledge of the bank", "experience", "leadership and an ability to train teams" or even a good vision of the "development of the banking system at the international level". This is how the chairman of the board of Societe Generale, Lorenzo Bini Smaghi, describes to AFP the future boss of the bank, Slawomir Krupa.

Societe Generale's Board of Directors has chosen the 48-year-old Deputy Chief Executive Officer in charge of financing and investment activities to replace Frédéric Oudéa at the head of the group in May 2023, as announced by the bank. this Friday, September 30.

First proposed as a director to the shareholders at the next general meeting on May 23, 2023, he “will be appointed chief executive officer by the board of directors” once elected, indicates Societe Generale in a press release.

The bank had been looking for a new leader since Frédéric Oudéa's surprise announcement in May that he would not stand for re-election at the end of his term. Two names circulated internally: Slawomir Krupa and Sébastien Proto, head of the retail banking networks who orchestrated the thorny merger between Société Générale and Crédit du Nord. "It was a difficult choice, both were very good," admits Lorenzo Bini Smaghi.

It was therefore the head of Corporate Banking and Investor Solutions, known internally and by investors by the Anglo-Saxon acronym SGCIB, who won. This Franco-Polish corresponds to the robot portrait drawn by the outgoing Frédéric Oudéa before the unions in May: already a member of the management team and aged around 45/50, so as to be able to register for the long term.

A graduate of the Institut d'Etudes Politiques de Paris in 1996, Slawomir Krupa was able to assert, like Frédéric Oudéa in his time, a long career within the bank. Entered by the inspection of Societe Generale, namely the internal audit, considered as a path of excellence, he joined in 2005 the management committee of this department.

He then held, from 2007, several positions within SGCIB (head of strategy and development, Central and Eastern Europe, Middle East and Africa regions, assistant in financing activities, etc.) before to take over the management of the Americas zone in 2016 and then that of SGCIB in 2021.