It is difficult to find humor in irony, a joke or a saying that criticizes a football team or the patron saint of our town. 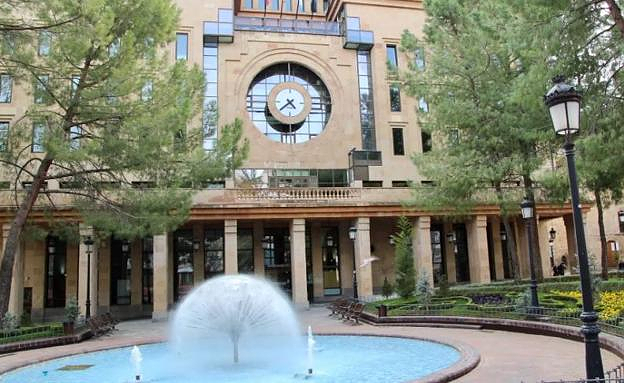 It is difficult to find humor in irony, a joke or a saying that criticizes a football team or the patron saint of our town. It is also not easy to make fun of the place we live or were born in. This was the result of a simple class project at Escuela de Creativos Brother Madrid, a creativity school located in Madrid. It has caused a lot of controversy and created social networks.

A group of students were commissioned to create an advertisement campaign to prevent colon carcinoma. They had no choice but to tie this disease with the famous saying "Albacete shit and Go", which refers to the city as a simple, unassuming place. To make the video more credible, the students included logos from the Albacete City Council as well as the Spanish Association Against Cancer. However, this was done without their permission.

The video was quickly shared on mobile messaging apps and in Albacete. The debate quickly jumped to municipal politics. Even Emilio Saez (PSOE) the mayor of Albacete has had to admit some phrases about the city were "tiring", even though he has always defended freedom to express opinions. Manuel Serrano (spokesman for PP in Albacete), has been more critical and has asked the local government to take action against its authors.

They were shocked by the success of their campaign and have had to remove it from social media. Raquel Sacristan (one of the creators of this video), said that it was a simple class project. The objective was good because they wanted to turn the saying into something positive, to make the public, especially young people, more aware of colon cancer prevention and inform them how to diagnose it.

We never meant to use a derogatory, or negative tone. It has negative connotations, so we saw an opportunity to make it positive in a fun way. Raquel is basically satisfied that her campaign's objective was achieved: to discuss colon cancer.

Castilla-La Mancha's famous saying "Looking for Cuenca", which a brand of craft beer has chosen to include on its labels, is another. Its purpose is to challenge stereotypes and present a new image of the city. There are many theories about the origins of this phrase. Some say Felipe el Hermoso said it while leading his lover to a tower where he could see this city. Some believe that Cuenca was the first city to be reached in straight lines from Madrid to Mecca. This would explain why the Muslims of Spain's capital would look at Cuenca whenever they pray. The saying is commercially useful regardless of its origin.

‹ ›
Keywords:
RedesSocialesCampanaAlbaceteCagaVete
Your comment has been forwarded to the administrator for approval.×
Warning! Will constitute a criminal offense, illegal, threatening, offensive, insulting and swearing, derogatory, defamatory, vulgar, pornographic, indecent, personality rights, damaging or similar nature in the nature of all kinds of financial content, legal, criminal and administrative responsibility for the content of the sender member / members are belong.
Related News