The CGT Cheminots and Sud-Rail, the first representative union, had called on Thursday the employees of the SNCF to strike for wage increases. 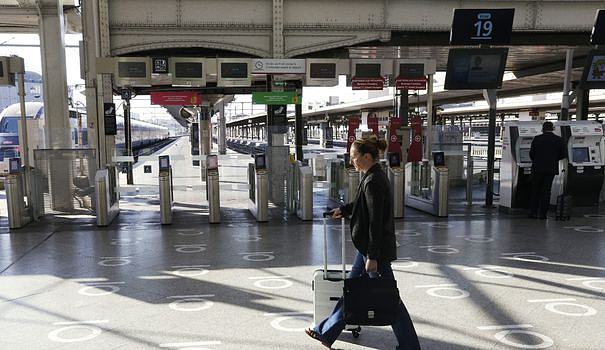 The CGT Cheminots and Sud-Rail, the first representative union, had called on Thursday the employees of the SNCF to strike for wage increases.

“We will hold general assemblies on Tuesday, October 18 all over France and we will ask the question of the renewable strike”, Fabien Villedieu, Sud-Rail union representative, told AFP on Sunday, confirming information from BFMTV.

"We are asking for 400 euros net more per month," said Fabien Villedieu.

On July 6, the management of the SNCF had granted an average increase of 3.7% for low salaries and 2.2% for executives at the end of a day of strike which had disrupted departures on summer vacation. summer.

Asked about possible disruptions that this movement could cause during the All Saints school holidays (October 22 - November 7), the trade unionist estimated that "the strike creates disruption, it's not a scoop. The strike does starts Tuesday, departures are Friday, there are a few days of possible negotiations for the management of the SNCF.