It's a small earthquake in the railway sector. 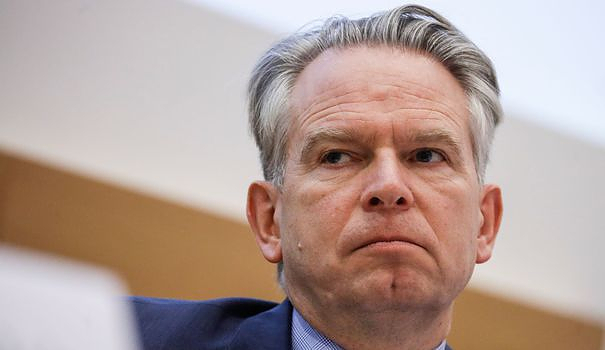 It's a small earthquake in the railway sector. Barely two years after his arrival at the head of SNCF Réseau, the Belgian Luc Lallemand will leave the company. An extraordinary board of directors of the manager of the tricolor rails was held this Wednesday, September 28 with on its agenda the departure of the one who was supposed to rebuild a consolidation trajectory for the rail network.

It is the former number 2 of the house, Matthieu Chabanel, who will succeed him, announced this Wednesday the Ministries of Transport and the Economy. The latter, who had joined Réseau ferré de France after a stint at Matignon, was for a time in the race to succeed Patrick Jeantet, the predecessor of Luc Lallemand. Only, last May, visibly tired of parking in the antechamber, Matthieu Chabanel had finally joined the La Poste group. "The rail network must do better" and, "to carry out this mission, the government intends to give new impetus to the governance of SNCF Réseau by calling on Matthieu Chabanel, an industrialist with recognized experience in the rail sector and having forged strong ties with all stakeholders," the two ministries said in a statement.

Manhandled by local elected officials in the Ile-de-France, regional president Valérie Pécresse in the lead, Luc Lallemand was isolated. Elected officials criticized him for his attitude about the major works in progress in the region, which are Eole (extension of RER E) and Nexteo (new operating system for RER B and D). Ten days ago, Valérie Pécresse even confided at the exit of a hearing of SNCF Réseau by the administrators of Ile-de-France Mobilité, "her great uncertainty" in the face of the current situation. Luc Lallemand was indeed unable to deliver an end-of-work schedule for Eole to the regional president. "The hearing went very badly. He managed to alienate the elected officials, all sides combined", confides to L'Express one of the participants. To defend himself, Luc Lallemand claimed that the galloping inflation, around 11% in construction, had still not been compensated by the State.

Behind the scenes, the atmosphere was no better within the SNCF Réseau teams. Including with the CEO of the SNCF, Jean-Pierre Farandou. The change in governance that is beginning should not, however, solve all of SNCF Réseau's ills. The company is facing immense challenges to regenerate the rails while the SNCF has had a record summer. To stick to the ambitions of Jean-Pierre Farandou, who wishes to double the modal share of the train over the next ten years, it will be necessary to finance a rehabilitation of the tracks. However, the latest performance contract which sets the financial trajectory until 2030, signed on the sly between the State and SNCF Réseau a few days before the presidential election last April, is far from being as ambitious.

“It is not a contract which organizes the doubling of traffic to achieve the objectives of the green deal”, admitted Luc Lallemand himself. The text indeed plans to invest 2.8 billion euros per year for the regeneration of the structuring network, but nothing for its modernization. It was highly criticized even before its signature by the president of the Transport Regulatory Authority (ART) Bernard Roman, but also by the presidents of the Regions or senators who find the contract very insufficient.

"Is the government finally going to really take into account the climate emergency and declare a state of railway emergency? Asks PS senator from Meurthe-et-Moselle Olivier Jacquin. Rail is not the priority then that it is supposed to be the backbone of this government's mobility policy since the Prime Minister's general policy statement. The finance bill will be a real justice of the peace".