SNCF invited to save energy, not to reduce its circulation

The daily affirms that the public company is working, at the request of the executive, on a degraded transport plan this winter in the event of severe electricity shortages, "a black scenario which would only be used as a last resort". 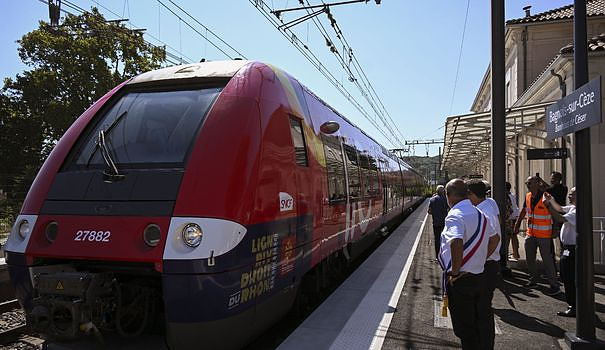 The daily affirms that the public company is working, at the request of the executive, on a degraded transport plan this winter in the event of severe electricity shortages, "a black scenario which would only be used as a last resort".

"The Ministry of Transport has not requested any measure of this nature from the SNCF," the ministry told AFP.

At the end of July, the Ministers of Transport Clément Beaune and Energy Transition Agnès Pannier-Runacher asked all transport operators to work on a sobriety plan, as in many other sectors, "to contribute to the reduction in energy consumption. 10% energy". And these must return their copy Tuesday morning, recalled a spokesperson.

In addition, operators such as the SNCF provide "emergency and contingency plans in the event of a serious problem" such as a heat wave or energy supply problems, which can lead to "last resort measures" .

“But this is separate from sobriety measures and does not respond to a specific government order,” insisted the spokeswoman for the Ministry of Transport.

By advocating sobriety, the government encourages "the hunt for waste". “It is not asking companies or public services to reduce or cease their activity,” she explained.

"Like all companies, we are working in September at the government's request on an energy sobriety plan," said a spokesperson for SNCF Voyageurs.

"We are working on all scenarios as part of this sobriety plan. None are privileged and none are decided," he said. "We will adapt to government requests as we have always done during the Covid period".

The SNCF, a large consumer of electricity, has intensified its actions for several months to reduce its energy consumption, for example by emphasizing "eco-driving", a more flexible technique for driving trains.

This makes it possible to reduce energy consumption by up to 10% "without reducing (the) speed and therefore without penalizing travelers", noted the spokesperson.