Travel during the holiday season could be complicated - and become more expensive - by the threats of strikes which are increasing in the air and rail sectors, at the national level. 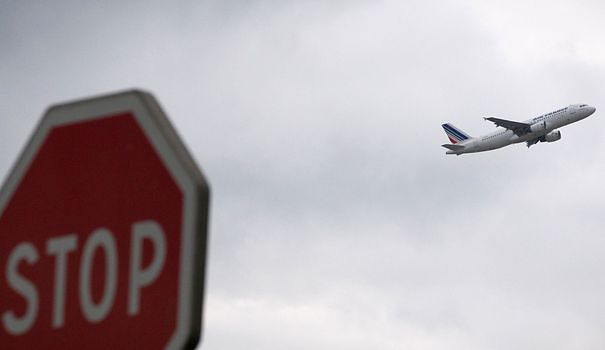 Travel during the holiday season could be complicated - and become more expensive - by the threats of strikes which are increasing in the air and rail sectors, at the national level. The risk of disruption already hangs over the movement of SNCF trains and Air France and EasyJet planes, as the companies enter a phase of tense negotiations with their employee unions.

To make themselves heard and put pressure on the approach of mandatory annual negotiations (the NAO, which will open on December 7), the controllers' unions have filed strike notices for the Christmas and New Year weekends. .

While 60% of the TGV and Intercités have already been canceled this weekend of December 3 and 4 due to their strike, Transport Minister Clément Beaune called for "collective responsibility". "I can't bring myself to have things written (...). Let's work in the coming days to avoid this (...), I will do everything at my level", he added, this Saturday , alongside the inauguration of a building at Roissy-Charles-de-Gaulle airport. "We will do our best to ensure that there is no strike at Christmas", for his part promised Nicolas Limon, one of the six founding members of the National Collective ASCT, launched in September on Facebook outside of any trade union framework and which now has nearly 3,000 members.

The direction of the SNCF announced Friday evening of "new meetings" next week with the trade unions and the controllers. The latter are demanding in particular better working conditions, more recognition as well as increased remuneration for controllers who feel "mistreated", said Fabien Villedieu, SUD Rail union representative, on RMC this Saturday.

The demands are the same in the air sector, still poorly recovered from the effects of the health crisis which had paralyzed its activity. After those of Air France, it was the hostesses and stewards of the French subsidiary of EasyJet who threatened to trigger a social movement at the time of the holidays.

No strike notice has yet been formally filed within the "low cost" carrier, unlike Air France where unions of cabin crew (PNC) have planned to mobilize from December 22 to January 2, against a backdrop of social conflict around their collective agreement. Bad sign nevertheless for air travel during the holidays, the unions and the management of EasyJet separated last Thursday on a failure during the mandatory annual negotiations.

According to William Bourdon, delegate of the National Union of Commercial Flight Crew (SNPNC-FO), the company refuses for the moment to join the employee unions on a salary increase aligned with inflation, i.e. around 6 %. The SNPNC warned against "a very significant risk of work stoppage for cabin crew during the end-of-year holidays" and "urges management to reconsider its position".

EasyJet France, through its managing director, announced last Monday to be "always in a logic of dialogue". Bertrand Godinot said he was "very disappointed that the SNPNC is publicly threatening to take customers hostage for the holidays while discussions are still ongoing". Another social conflict that is looming, this time overseas: the pilots of Air Guyane and Air Antilles announced last week that they had filed a strike notice from December 17 to 22. They demand "fair and loyal working conditions".