The Unicef ​​Photo of the Year focuses on the importance of education for children in war and crisis zones. 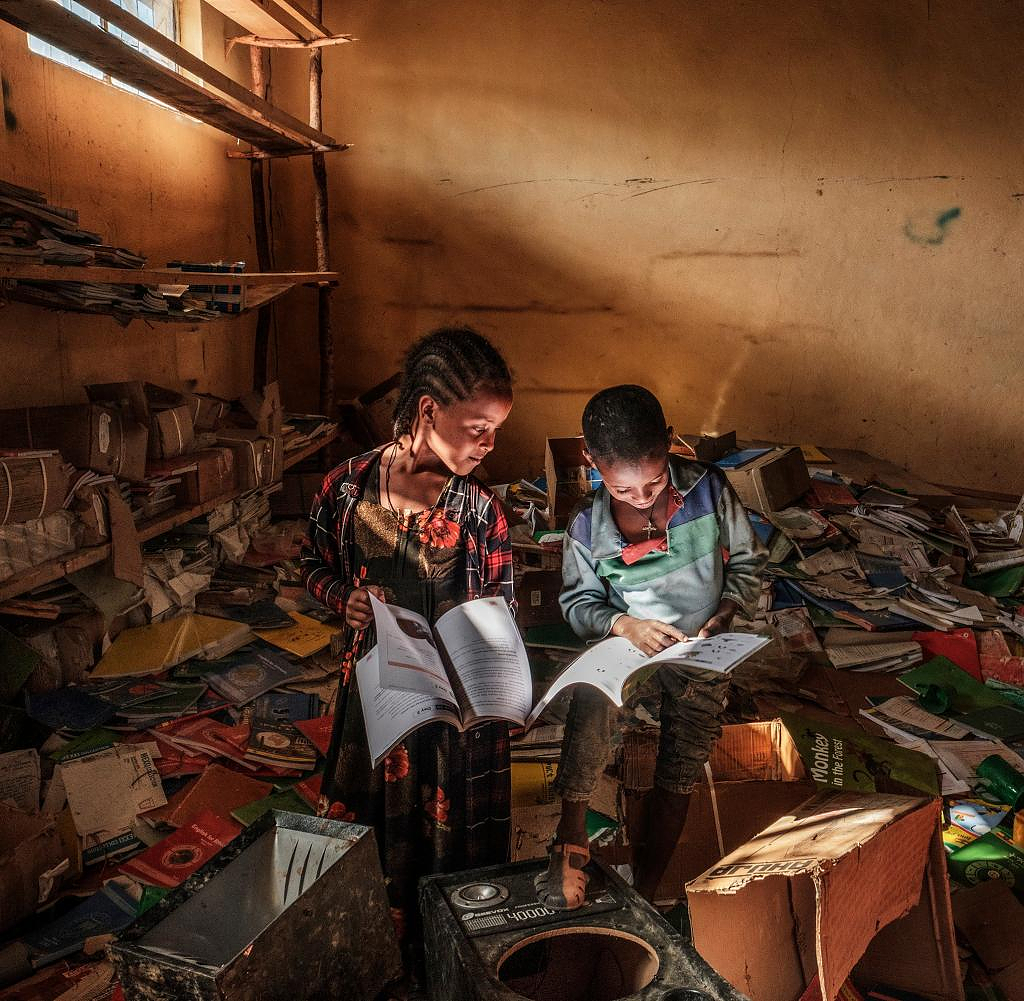 The Unicef ​​Photo of the Year focuses on the importance of education for children in war and crisis zones. The winning image, by Argentinian photographer Eduardo Soteras, shows two smiling children absorbed in books in the war-ravaged library of a primary school in the Tigray region of Ethiopia. “The smiles on their faces betray a moment of happiness. It's a rare moment, surrounded by destruction and violence," said the United Nations Children's Fund on Thursday at the award ceremony in Berlin.

“The desire to discover and learn new things is often so great in children that it makes them forget the threat of a situation. That is the message of the Unicef ​​photo of the year 2022,” said Unicef ​​patron Elke Büdenbender, wife of Federal President Frank-Walter Steinmeier. “The winning image challenges us to do everything we can to ensure that children can play and learn even under the most adverse circumstances. Because this is the only way they can maintain their hope and confidence in times of war and other crises.”

Second prize went to a photo by the American photographer Ron Haviv taken in a basement in Kyiv. Several children who took refuge there from the attacks look at a children's book that is shown to them. The German photographer Daniel Pilar receives third prize. His reportage accompanied schoolgirls in a clandestine girls' school in the Afghan capital Kabul.

"The hunger for knowledge and education is the connecting element of this year's award-winning pictures," says Peter-Matthias Gaede, member of the jury and the German Committee for Unicef. "Especially in conflict areas and crisis countries, schools and psychosocial support services are places of hope that stabilize the children and give them strength."

In the international, undoped competition, Unicef ​​Germany honors photos and photo reports that document the personality and living conditions of children in an outstanding way. The prize was awarded for the 23rd time.

‹ ›
Keywords:
NewsteamUnicefKrieg
Your comment has been forwarded to the administrator for approval.×
Warning! Will constitute a criminal offense, illegal, threatening, offensive, insulting and swearing, derogatory, defamatory, vulgar, pornographic, indecent, personality rights, damaging or similar nature in the nature of all kinds of financial content, legal, criminal and administrative responsibility for the content of the sender member / members are belong.
Related News