Smaller, smarter, faster - this streaming box is the door to the Apple universe

In view of its capabilities, such an Apple TV 4K is quite unimpressive. 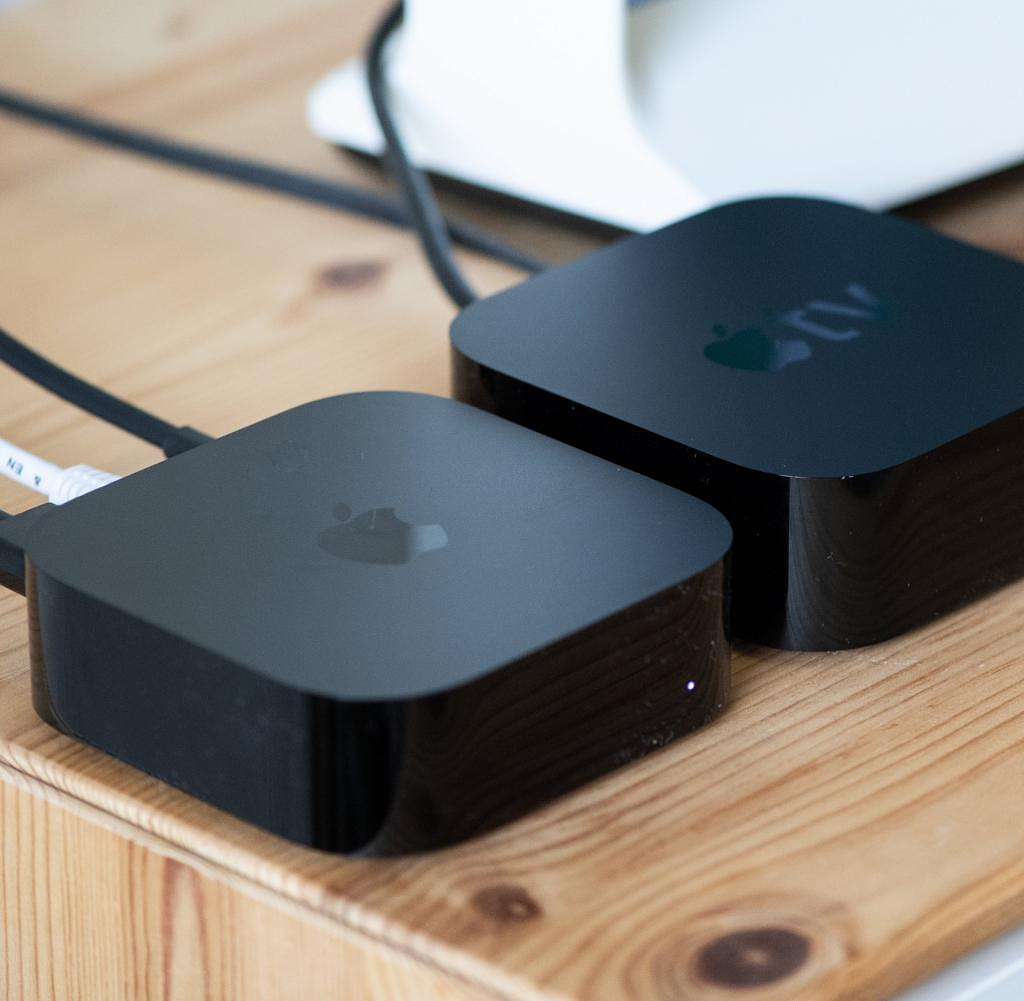 In view of its capabilities, such an Apple TV 4K is quite unimpressive. The box offers access to TV and music streaming, apps, games and fitness offers. And she can control the smart home.

All this is in a small box for connection to the television, which is now a fifth smaller in the third generation. Time for a closer look.

Black box, 64 gigabytes (GB) of memory for apps, connections for electricity and HDMI, 169 euros. Plus an elegant aluminum remote control - now in the third generation with a USB-C connector for charging. 128 gigabytes and a LAN connection are available for 20 euros more. Edge length and height and thus the volume are 20 percent less than the predecessor, and the air slots have also disappeared.

The Apple TV 4K is the portal to Apple's digital services: Apple Music, Apple TV, Apple Arcade, Fitness, Smarthome. There are also various apps from TV media libraries (public and private broadcasters as well as other streaming services) and live TV as well as a number of other offers via the App Store.

A15 Bionic instead of A12 Bionic says the inside of the new Apple TV. The difference between the two chips is immediately noticeable. The box starts faster, Siri reacts more quickly, search results and apps appear more quickly on the screen. With the A15, the Apple TV 4K also remains a contemporary games console. There is also WLAN 6, but only owners of appropriately equipped routers notice this.

Also new is the support for video with a high contrast and color range according to HDR10 - users of Samsung TV sets should be happy about it. In the course of the year Apple also wants to deliver an update for QMS_VRR. Behind this is the smooth switching between content with different frame rates. That means: No more black screens when changing – as long as the television can do that.

In short: one can do everything, the other a little more. The basic device with 64 GB contains everything that the predecessor was able to do - only the LAN port has been deleted. The variant with 128 GB of memory and a LAN port can also be integrated into the network via cable - practical for weak WLAN reception or for frequent streamers who swear by the cable. The LAN variant also supports smart home devices with thread technology and the Matter standard.

The real innovation of the third Apple TV generation is in the power consumption. The A15 chip generates less heat than the A12 in the previous model and therefore does not need a fan. Electricity consumption has also fallen by around a third.

The third generation needs almost 2.3 watts of electricity to stream a 4K film, with HDR it is 2.46 watts. Measurements at the socket prove that. The predecessor needs 3.25 and 3.52 watts respectively. In no case is this a high item on the electricity bill, but: Less consumption is always good.

With a price of 169 euros for the entry-level version with 64 GB memory and 189 euros for 128 GB memory and LAN connection, the third generation is almost 30 euros cheaper than the previous devices - with twice the memory size. However, Apple also recently announced that it would raise subscription prices.

Got an iPhone and a TV and invested in Apple's services? Then there is actually no more obvious TV box than an Apple TV 4K. Then there are also newer smart home devices with thread technology in the game anyway.

However, if a new purchase is pending, the third generation is unrivaled because it is cheaper, smaller and less power-hungry than its predecessors. If you don't have any smart home devices and only use WiFi, you can also use the smaller version with peace of mind.

The 64 GB of storage should be enough for most. And if it doesn't have to be an Apple TV 4K, there are also various variants of Fire TV, Roku, Nvidia Shield or Google Chromecast out there - albeit without full access to Apple services.

‹ ›
Keywords:
AppleSmartHomeSmart LivingFernseherStreaming
Your comment has been forwarded to the administrator for approval.×
Warning! Will constitute a criminal offense, illegal, threatening, offensive, insulting and swearing, derogatory, defamatory, vulgar, pornographic, indecent, personality rights, damaging or similar nature in the nature of all kinds of financial content, legal, criminal and administrative responsibility for the content of the sender member / members are belong.
Related News