Small heels and Birkenstocks - What shoes men are wearing this winter

The heeled shoe for men is not a new invention and the nobleman of the Renaissance and the Baroque danced through the European palaces in velvety high heels with a lot of adornment and set themselves apart from the rabble with this footwear, which was not made for hard work . 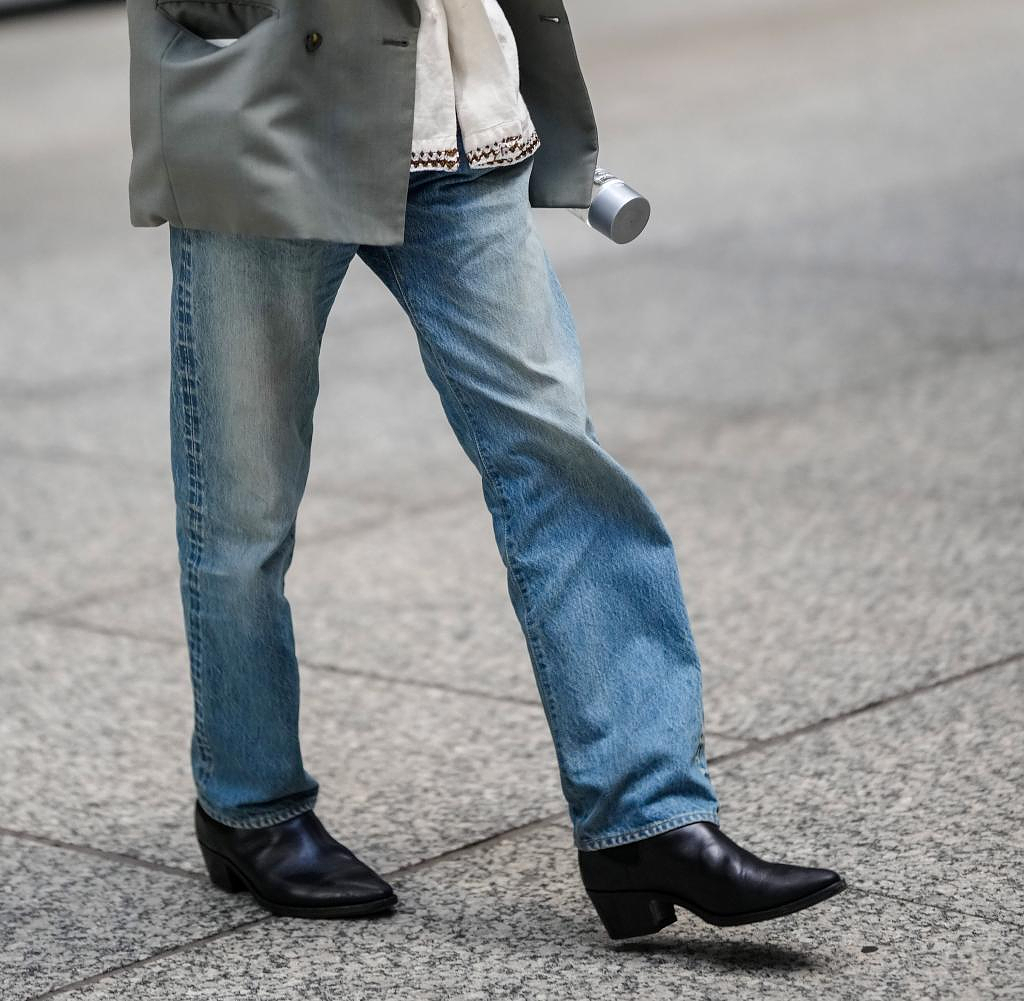 The heeled shoe for men is not a new invention and the nobleman of the Renaissance and the Baroque danced through the European palaces in velvety high heels with a lot of adornment and set themselves apart from the rabble with this footwear, which was not made for hard work . The current men's heel, however, takes its inspiration from the late 1960s, when a fledgling French film scene exposed the prudery of its time with a new kind of cinema. With his men's collection for the French fashion house Yves Saint Laurent, designer Anthony Vaccarello revives the flair of the erotic scandal film Belle de Jour. Leather trench coats and cigarette pants paired with slim heeled ankle boots on the Vaccarello catwalk. Their simple design, provided with inconspicuous micro-heels, makes these shoes particularly suitable for everyday use.

The Birkenstock sandal with the healthy footbed has long since left its bad image as an ecological slipper behind and the German company repeatedly enters into partnerships with major fashion houses in order to give the sandal a luxurious stamp. For Fall 2022, Birkenstock has teamed up with Dior and presents the house's icons, such as the Boston sandal, made of fine felt in subtle colors such as grey, beige and brown. The clog-shaped shoes with colorful floral embroidery look particularly extravagant. The Paris catwalk also delivers the weatherproof and stylish transitional styling for the slippers, which are open at the back. In combination with thick wool socks, the Boston sandal becomes weatherproof here.

Boots with sheep's wool lining and crepe soles are commonly associated with the Ugg brand and the fluffy boots split the spirits again in every cold season and fill the pages of the relevant style columns, in which one likes to talk about their shapelessness. If men wear these shoes, they are often exposed to even greater malice than women. Designer Jonathan Anderson seems to want to change that. At least he puts on his own version of the controversial boot for the Loewe label, turning the fluffy sheepskin inside out and giving the crepe sole an extra chunky touch to take the ugliness, which is already cool here, to the extreme. In addition to the eye-catching look, for which you certainly have to muster a little courage, this shoe is guaranteed to keep you warm in wind and weather.

The cowboy boot is associated with archaic, masculine attributes like hardly any other men's shoe, even though this boot has a heel and playful folkloric details. Today, the robust shoe has long since made its way from Texas cattle farms into the mainstream. The designer Hedi Slimane, who became famous for his men's fashion with a feminine touch, has reinterpreted the cowboy boot for the traditional French house Celine. He plays with the female attributes of the shoe, presents the cowboy boot with wedge heels and rhinestone trimmings on the pointed toe, thereby breaking down gender boundaries.

With their Savile Row, a street in London where England's best-known men's tailors are based, the British are pioneers in classic bespoke tailoring. That's why the most important men's shoe classics come from Great Britain, such as the Chelsea boot, which is named after the well-known London district. Originally, their inventor J.S. Hall distinguished British aristocrats in the Victorian era with the robust shoes with firm soles and side rubber inserts for hunting. Today, the classic has long since made its way into urbanity. Designers such as Rick Owens, Bottega Veneta and Moncler* are now polishing up the traditional shoe model for autumn and winter with futuristic rubber soles.

Generation Z (born between 1995 and 2010) is using the Chinese platform TikTok to bring back every crazy and controversial fashion trend from the 1990s, awakening a lot of nostalgia. But not every revival from this era has to be flashy. The best example: the comeback of the Dr. Martens boots, also known as Docs among youngsters. The classic 1460 leather lace-up boot with air-filled rubber sole and iconic yellow stitching was originally designed by German doctor Klaus Märtens in 1945 as a health shoe before being co-opted by youth subcultures in the 80s and 90s. For example, Nirvana band leader Kurt Cobain is one of the most famous wearers of the boots and has made the shoe an icon of the grunge look. It is precisely this image that makes the comfortable boot so desirable again in autumn and winter 2022.

Loafers are among the few traditional men's shoes with which men have always been able to live out their penchant for adornment. There are countless different variants, such as the Prince Albert slipper, a leather-soled slipper that Queen Victoria's husband had made for living in Buckingham Palace at the end of the 19th century. An equally well-known variant of the slip-on shoe is the penny loafer, which has its roots in America in the 1930s and was worn primarily by students at American elite universities. In autumn and winter 2022, the loafer is back in fashion for its playful and feminine look and designers are implementing it with a great deal of eccentricity. The label Gucci, for example, presents its legendary “Horsebit” loafer*, which Aldo Gucci created in the 1950s as the first shoe of the traditional Italian house, in blue velvet with a logo print. When it comes to the current loafer trend, the following applies: the more ostentatious, the better.

*This text contains affiliate links. This means: If you make a purchase using the links marked with an asterisk, WELT will receive a small commission. This does not affect the reporting. You can find our standards of transparency and journalistic independence at axelspringer.de/independence.

‹ ›
Keywords:
MailandSchuheHerrenschuheModewochenVaccarello LaufstegMr PorterBuckingham PalastMainstreamLondonGucci Horsebit LoaferChelsea Boot
Your comment has been forwarded to the administrator for approval.×
Warning! Will constitute a criminal offense, illegal, threatening, offensive, insulting and swearing, derogatory, defamatory, vulgar, pornographic, indecent, personality rights, damaging or similar nature in the nature of all kinds of financial content, legal, criminal and administrative responsibility for the content of the sender member / members are belong.
Related News