"Sleeping sickness": towards an eradication thanks to a new drug?

A treatment that is simple to administer and does not require hospitalization could be enough to eradicate trypanosomiasis, or “sleeping sickness”. 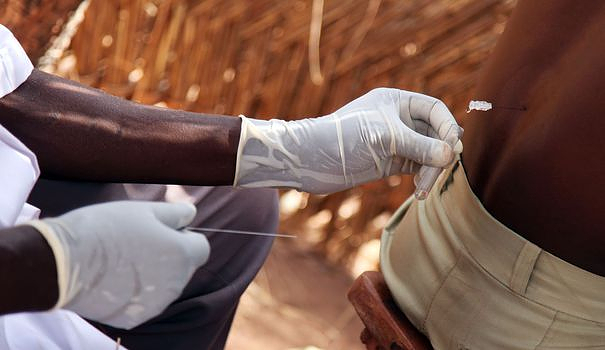 A treatment that is simple to administer and does not require hospitalization could be enough to eradicate trypanosomiasis, or “sleeping sickness”. A fatal pathology, which affects hundreds of people each year on the African continent. This is the result of a study conducted by Sanofi and published on November 30 in the medical journal The Lancet.

Coming from the "tsetse" fly, this parasitic disease invades the subcutaneous tissues then the nervous system, causing severe neurological disorders and uncontrolled drowsiness, before causing death. Treatments already existed, but until now they required a visit to the hospital and administration of the intravenous treatment, following a diagnosis that was already complicated to establish.

The new drug, developed by Sanofi and a research organization founded by the World Health Organization (WHO), is called "acoziborole". The first results published by the Lancet are impressive: of some 200 patients in the phase 2 trial enrolled at an advanced stage of the disease, 95% were cured a year and a half after taking the treatment. Consisting of several tablets swallowed at once, it would kill the parasite in small fires. The treatment has also been shown to be effective in patients with an early stage of the disease.

Four deaths occurred during the trial, but none were related to "treatment efficacy, safety or disease progression" according to the Lancet article. A larger trial will have to confirm these results, following a double-blind randomization process: scientists and patients do not know who is receiving which treatment.

Sleeping sickness has already declined significantly in twenty years: the number of cases has fallen from 40,000 in 1998 to around 600 in 2020, mainly in the Democratic Republic of Congo. According to The Lancet, this drug could ring its complete eradication, eliminating its transmission by 2030 thanks to a simplified treatment of large sections of the population.