Six years after the attacks in Brussels, place for an extraordinary trial

The hearing is due to open at 9 a. 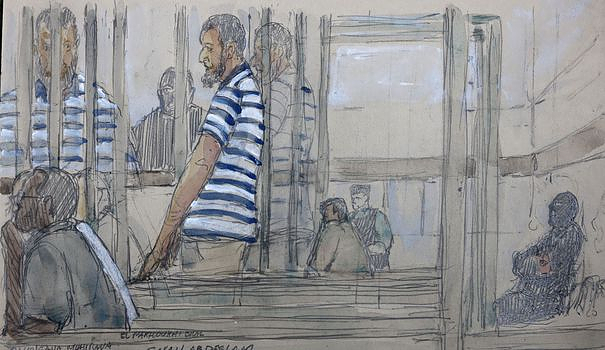 The hearing is due to open at 9 a.m. (0800 GMT) for the draw of the popular jury, scheduled for one day. The debates which should last until June will start next Monday.

Six and a half years after the worst attacks suffered by Belgium in peacetime, this trial promises to be the largest ever organized before a Belgian assize court.

On the morning of March 22, 2016, two jihadists blew themselves up at Brussels-Zaventem airport, and a third a good hour later in the metro of the European capital, causing a total of 32 dead and several hundred injured.

The attacks, claimed by the jihadist group Islamic State (IS), come four days after the arrest in Molenbeek of Salah Abdeslam, the only surviving member of the commandos of November 13, 2015.

And the investigators quickly note that they were perpetrated by this same cell already at the origin of the bloodbath in the French capital (130 dead in Paris and Saint-Denis on November 13).

At the time, these jihadists had other projects in mind, in particular to strike Euro-2016 in France. But they act in haste after the arrest of Abdeslam.

At this trial, nine men are expected in the box, including the 33-year-old Frenchman and his childhood friend from Molenbeek, Mohamed Abrini. A tenth, Osama Atar, leader of the cell, will be tried in his absence because he is presumed dead in Syria.

In total, six of these ten defendants have already been sentenced, most of them very heavily, in the river trial completed in June in Paris for November 13.

Among them is Osama Krayem, who accompanied the assailant to the Brussels metro before turning back and getting rid of his explosives. At the Paris trial, this Swedish jihadist described as a "seasoned fighter" remained silent on his precise role in the cell.

"I don't really expect a lot of answers," Sandrine Couturier, a civil party who plans to come and face the defendants, told AFP. "But I want to confront myself with what human beings are capable of doing, I have to accept that not everyone is good".

Present on the Maelbeek metro platform at the time of the explosion in a train, this association director still suffers from post-traumatic stress. "Memory loss" and "concentration problems" which resurface as the trial approaches, she explains.

Episodes of anxiety, even depression, are still very frequent for survivors and witnesses that AFP was able to interview.

The victims were "abandoned to their fate by the Belgian State", denounced a group representing nearly 300 civil parties.

This collective, Life4Brussels, had already expressed its anger at the end of September at the announcement of the postponement of the trial due to a dock of the accused not complying with European law.

The equipment initially planned, a box compartmentalized in individual glazed cells, had caused an outcry on the side of the defense. It had to be dismantled and replaced, which caused a delay of nearly two months.

In addition to the new box, collective and "semi-open", offering better communication on either side of the glass wall, eyes will turn to the seats of the jurors on Wednesday.

An unprecedented situation in Belgium, the Assize Court will appoint thirty-six. In addition to the 12 incumbents, 24 substitute jurors will sit throughout the proceedings to compensate for any absences.

Under penalty of invalidating the trial, it is absolutely necessary to respect this number of 12 citizens to assist the three professional magistrates when deliberating on the verdict.