According to a spokesperson for the emergency services, at least six people were killed, ten others are missing, and eight were hurt after a part of a glacier was detachment from Marmolada, in the Dolomites. 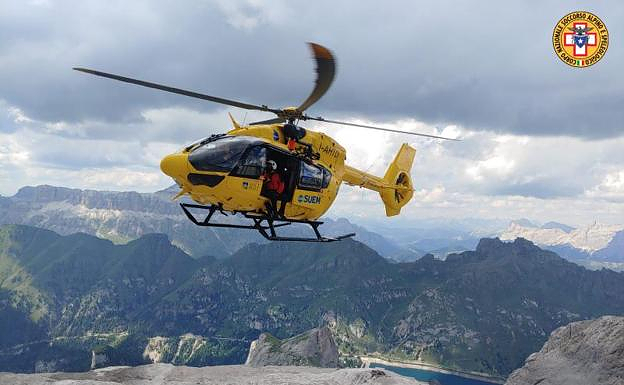 According to a spokesperson for the emergency services, at least six people were killed, ten others are missing, and eight were hurt after a part of a glacier was detachment from Marmolada, in the Dolomites. Michela Canova stated that the balance was still "provisional".

Two injured persons were taken to Belluno Hospital, one to Treviso, and five to Trento. The same source did not provide further details on the victims' nationalities. Multiple helicopters are involved in rescue and surveillance operations.

He explained that an avalanche of rock, ice, and snow reached the access road when many climbers were present, some of them were swept away. He said that the exact number of people affected was still unknown.

La Marmolada, the largest glacier of the Dolomites is located in the eastern Alps.

‹ ›
Keywords:
SeisMuertosDiezDesaparecidosDesprenderseGlaciarDolomitasItalianos
Your comment has been forwarded to the administrator for approval.×
Warning! Will constitute a criminal offense, illegal, threatening, offensive, insulting and swearing, derogatory, defamatory, vulgar, pornographic, indecent, personality rights, damaging or similar nature in the nature of all kinds of financial content, legal, criminal and administrative responsibility for the content of the sender member / members are belong.
Related News