Within the Ticio operation the Civil Guard discovered 15 homes that had illegal connections to Santa Fe's electricity grid. 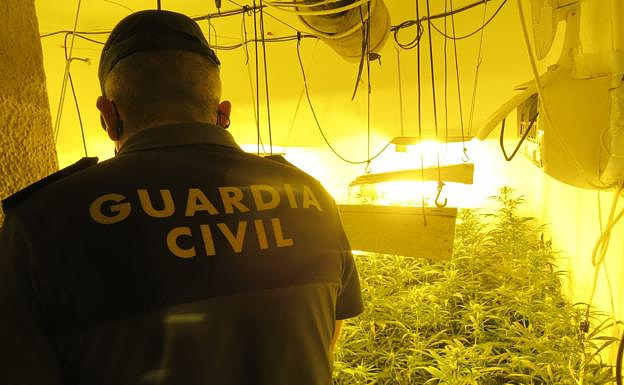 Within the Ticio operation the Civil Guard discovered 15 homes that had illegal connections to Santa Fe's electricity grid. Six marijuana production centers were dismantled in which 1,356 cannabis plants were in various stages of development. Bloom

This operation was designed to investigate the huge fraud in electricity and illegal cultivation of cannabis sativa in Santa Fe homes.

However, the priority of the Civil Guard agents deployed was to protect the Endesa operators so they can perform the fraudulent connections without worrying about their integrity. Due to the possibility of fire, these double connections can endanger both buildings and the residents who live there.

The Santa Fe Civil Guard arrested and investigated four people during the exploitation phase. Five more were charged with drug cultivation and processing and seventeen others were accused of fraud in the electricity supply.

‹ ›
Keywords:
DescubrenSeisInvernaderosMarihuanaPisosPinchadosSanta
Your comment has been forwarded to the administrator for approval.×
Warning! Will constitute a criminal offense, illegal, threatening, offensive, insulting and swearing, derogatory, defamatory, vulgar, pornographic, indecent, personality rights, damaging or similar nature in the nature of all kinds of financial content, legal, criminal and administrative responsibility for the content of the sender member / members are belong.
Related News