"The government will repeal (the law) and decriminalize sex between men. 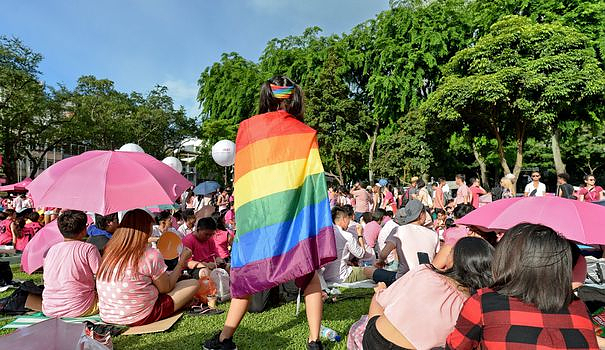 "The government will repeal (the law) and decriminalize sex between men. I believe this is the right thing to do and something most Singaporeans will now accept," he said during a speech.

The Prime Minister made it clear that he would, however, continue to "defend" marriage as the union of a man and a woman.

Section 377A of the Criminal Code, a holdover from British colonial rule, provides for a maximum penalty of two years imprisonment for homosexual acts.

It is not enforced in practice, but gay rights advocates say it still disenfranchises members of the gay community, despite the city-state's increasingly modern culture.

The Prime Minister felt that the situation had changed.

Gay people "are now much more accepted" in Singapore, he said. The repeal of the law "will put the legislation in line with the evolution of mentalities", judged Lee Hsien Loong.

Associations for the defense of homosexual rights have welcomed this announcement.

"The repeal of Section 377A is the first step on the long road to full equality for LGBT people in Singapore," wrote some 20 organizations in a joint text.

“But its real impact will be determined by how the people of Singapore come to terms with it and act on it, in the days and months to come,” they added.

Several attempts to have this text annulled had failed in recent years, contrasting with the situation of homosexual rights elsewhere in Asia, such as in Taiwan or India.

In February, Singapore's Supreme Court ruled that the law would stand because of its "symbolic weight", but on the principle that it "would not be proactively enforced".

Several thousand people gathered in June in Singapore to demand better recognition of the rights of homosexuals.

The percentage of people who support the ban on same-sex relations has fallen from 55% in 2018 to 44% in 2022, according to a survey carried out in June by the Ipsos institute.

However, Lee Hsien Loong stressed that he did not want to change the law providing that civil marriage only consecrates the union of a man and a woman. "Most Singaporeans don't want the repeal of the law to trigger a drastic change in our mores," he said.

The government will thus amend the constitution to protect the conception of marriage as it is currently defined by law.

A coalition of Protestant churches had expressed, before the Prime Minister's speech, their concern at the possible repeal of the law, "an important moral and social benchmark".