"Section 377A" of the Singapore Penal Code dated back to the era of British colonization and had long been criticized as discriminatory and stigmatizing the LGBTQ community. 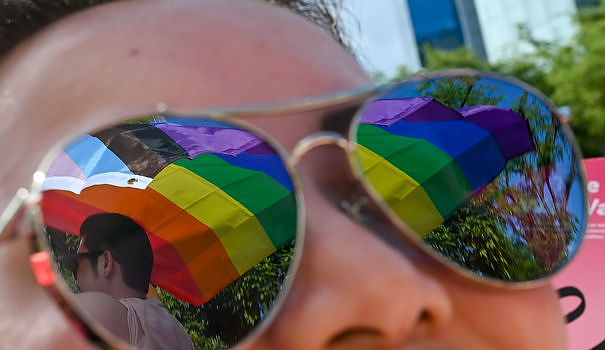 "Section 377A" of the Singapore Penal Code dated back to the era of British colonization and had long been criticized as discriminatory and stigmatizing the LGBTQ community.

The law that provided for a maximum sentence of two years in prison was no longer enforced in the Southeast Asian city-state.

This decision by the Singaporean Parliament follows several attempts to change the law. In February, a college of judges had decreed that the law kept a symbolic role but could no longer be applied effectively.

Roy Tan, a doctor who was among the plaintiffs who challenged the law in court, hailed "the birth of a new chapter in the history of Singapore's LGBT community".

“With the repeal of this law, we can gradually dismantle all barriers to visibility and progress for queer citizens since there is no longer any reason for discriminatory treatment,” he said.

"I'm glad we finally got there," observed Justin, a member of the LGBTQ community who only wanted to give his first name. With this "archaic law" disappearing, "it's one less reason to hide who I am," he told AFP.

"But it's just a first step to eliminate the social and religious prejudices that plague our community due to outdated beliefs and media censorship" in the country, he noted.

Singapore is a major commercial and financial hub with state-of-the-art architecture but retains conservative social standards.

However, it has a visible LBGTQ community, which has mobilized regularly, including "Pink Dot" rallies to defend its rights.

- No equality in marriage -

Singapore's parliament also amended the local constitution on Tuesday to specify that a marriage can only be between a man and a woman, preventing same-sex couples from achieving marriage equality.

Prime Minister Lee Hsein Loong welcomed this double development, "a milestone for Singapore", and praised the sense of responsibility of all parties.

Months of "countless" dialogue meetings involving thousands of people have resulted in a "national consensus to move forward" on a divisive issue, he said in a Facebook post.

Justice Minister K. Shanmugam said at the end of parliamentary proceedings on Tuesday that revoking the law was "the right thing to do, because consensual sex between men can no longer be considered a crime." ".

He had also noted the day before that this legislation was "a daily reminder" to homosexuals that "whenever they engage in sexual acts in secret, in the privacy of their bedroom, they are nevertheless criminals".

Social and Family Affairs Minister Masagos Zulkifli, whose administration proposed the constitutional amendment blocking same-sex unions, stressed that the traditional definition of family must remain the bedrock of society.

“There are no plans to change this definition to include same-sex marriages,” he said Tuesday.

He warned that any celebration of a union between people of the same sex "was against the law".

But it is still possible that Parliament will change the definition of marriage in the future, he agreed.

Homosexuality remains banned in 69 countries, including 11 where it is punishable by death, according to a 2020 report by Ilga (International Association of Lesbian, Gay, Bisexual, Trans and Intersex People).