Since 2016, Podemos and its confluences lost 101 regional deputies

Sunday's addition of ten parliamentarians by the coalition Por Andalucia (in which Podemos and Izquierda Unida join forces) to the lost box of independent deputies since 2016 - which now totals 101 - was a result. 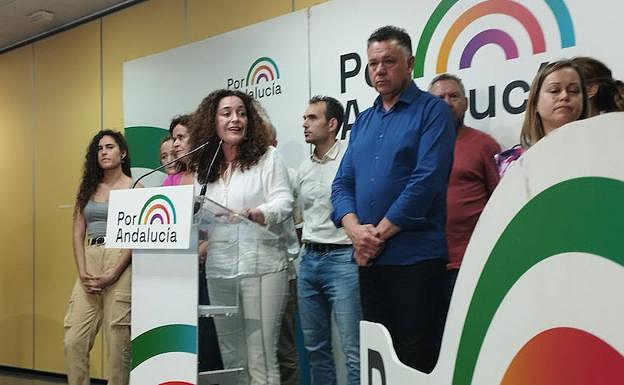 Sunday's addition of ten parliamentarians by the coalition Por Andalucia (in which Podemos and Izquierda Unida join forces) to the lost box of independent deputies since 2016 - which now totals 101 - was a result. This is without counting the two seats Adelante Andalucia retained, the formation headed by Teresa Rodriguez, and that competed to win the same electorate.

The final result, five for Inma Nieto's candidacy and two for Rodriguez's, was far less than the 17 that were achieved in the previous elections. Yesterday, there was a long-faced search for those who are guilty of the "disunity to the left", or the difficulties in configuring the political space in which Yolanda Diaz's project for second vice president debuted.

Yesterday, the federal leadership of IU acknowledged that the "troubled” process of forming Por Andalucia with tension between its party has not helped this wide front candidacy. However, its members believe that Diaz's project in light of the new electoral cycle is "more important than ever," as Sira Rego, the party spokesperson tried to maintain.

The leader of IU recognized the need for a "clear unity front", which adds more progressive sector but also where it is clear that all forces that make up United We Can must be there, as it would be absurd to attempt confluence candidacies dividing. Nieto, the candidate, presented a "bad scenario" without any palliatives based on the 19-J. results.

Podemos on the other side, however, kept silent in their response. Ione Belarra's Monday executive session was not held, so there was no press conference. Some voices within the party were suspicious of Izquierda Unida's control over the candidacy, particularly in relation to communication.

They said that the purple ones who couldn't officially join the electoral register by late submitting their registration to the registry were unable to do so in order that Por Andalucia could begin its journey with the greatest unity. They did not give up on imposing Juan Antonio Delgado as their deputy and civil guard, but they gave in to Nieto, a United Left parliamentarian.

Your best territory. Catalonia is the only place where the purples have not fallen in the past six years.

All the formations that were questioned agreed that seamless unity is the only way to go after the Andalusian polls wake up call. The 2023 generals are at stake and Diaz will need to inspire optimism in the process of listening that Diaz will begin on July 8th in Madrid. He will then be on a six-month tour with Diaz. The vice president issued a notice to confluences on Monday without any apparent self-criticism. We must open a new era that looks towards the future. We are the ones who have to open a new time that looks towards the future.

The Minister of Labor used Twitter to propose a ten-point increase in corporate tax rates for large energy companies. This would raise state revenue by 1,500 to 2,000 million euros. She also proposed a $300 check for those "hardest hit" by the crisis and a reduction of 50% in the price of transport subscriptions to encourage their use.

The purple space collapsed in the autonomic elections, which are not unlike the general ones. Podemos was unable to obtain any seats in the Galician elections 2020. In the previous elections, it had 14 along with the tides. He also lost nearly half of his political capital in the Basque Chamber that he had treasured, and went from 11 to 6 parliamentarians. In May 2021, the presence at the top of Pablo Iglesias' lists in Madrid had already saved the purples from major disaster. He was elected to ten of the seven parliamentarians in 2019, but the party lost to the fifth political force. Catalonia is the one territory where the purples have not lost ground under En Comu since 2016.

‹ ›
Keywords:
PodemosConfluenciasPerdidoDiputadosAutonomicos2016
Your comment has been forwarded to the administrator for approval.×
Warning! Will constitute a criminal offense, illegal, threatening, offensive, insulting and swearing, derogatory, defamatory, vulgar, pornographic, indecent, personality rights, damaging or similar nature in the nature of all kinds of financial content, legal, criminal and administrative responsibility for the content of the sender member / members are belong.
Related News