The Israeli army acknowledged for the first time on Monday that there was "a strong possibility" that she was killed by one of its soldiers. 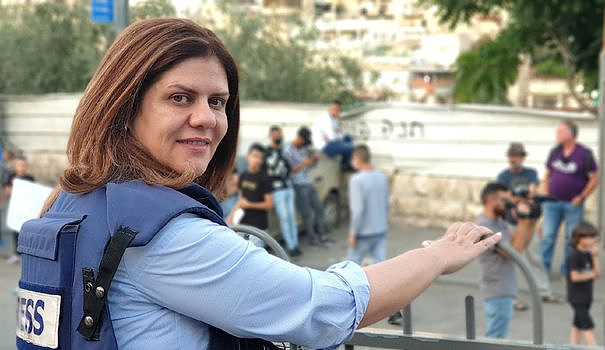 The Israeli army acknowledged for the first time on Monday that there was "a strong possibility" that she was killed by one of its soldiers.

Born in 1971 into a Christian family in occupied East Jerusalem, this Palestinian, who also held US citizenship, studied journalism at Yarmouk University in Jordan before co-founding the Ramallah-based Voice of Palestine radio station.

She joined Al Jazeera in 1997, a year after the launch of the channel, of which she became one of the star reporters.

For Hoda Abdel-Hamid, one of her colleagues, "she was certainly a very courageous journalist".

"I asked him, 'Don't you ever get tired?' She was always there, as soon as something happened. She dared a lot more than me. (...) But she was also a very experienced journalist, not the type to take stupid risks just to take them ."

In an interview shortly before her death, Shireen Abu Akleh made no secret of being frequently afraid when she was in the field. "I'm looking for a safe place to stand and looking for a way to protect my team before worrying about the images," the journalist told a local news agency.

- "Pursuing your fights and your dreams" -

Shireen Abu Akleh, who wore a helmet and a bulletproof vest with the word "Press", was killed in Jenin, a Palestinian city in the northern occupied West Bank where Palestinian armed groups are active and where the army has multiplied the operations in recent months. The refugee camp there is the scene of recurrent clashes with the Israeli forces, which are sometimes deadly.

Earlier this year, the journalist wrote in the magazine "This week in Palestine" that Jenin did not represent "a fleeting story in (her) career or even in (her) personal life".

“It is the city that can raise my morals”, she asserted, because Jenin “embodies the Palestinian spirit which sometimes trembles and falls but, beyond all expectations, rises to continue its struggles and its dreams”. .

Having covered the Israeli-Palestinian conflict for two decades, this woman, who had no children, was an icon for many Palestinians.

His funeral brought together several thousand people in mid-May in Jerusalem. Since his death, his portrait has flourished on walls from Jenin to Gaza, passing through Bethlehem, and a street in Ramallah has been named after him.

In the eyes of her colleague Mohammad Daraghmeh, also a close friend of hers, she was "one of the strongest journalists in the Arab world".

She "was one of the first Arab women to be a war correspondent in the late 1990s, when the traditional role of women in television was to present (news) in a studio", according to Dima Khatib, a another al-Jazeera journalist, calling her colleague a "pioneer".

"Shireen was a courageous, kind, journalist with great integrity, one that millions of Palestinians and I grew up watching her with," said Fadi Quran, one of the directors of Avaaz, a US-based NGO. -United.