She thought she owned an ordinary Chinese vase, it was sold for a fortune

This vase was offered by the Osenat house in Fontainebleau near Paris, among a collection of furniture and various art objects. 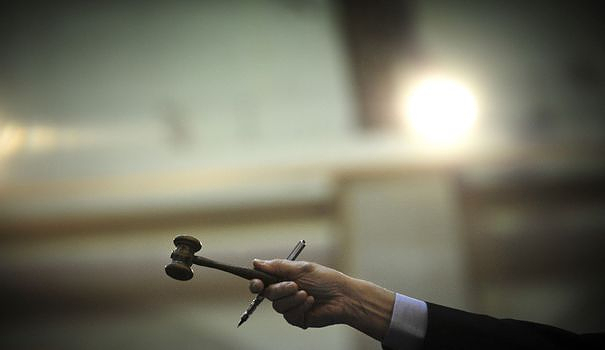 This vase was offered by the Osenat house in Fontainebleau near Paris, among a collection of furniture and various art objects.

The saleswoman, who lives in a French overseas territory, "is a lady who inherited the vase from her mother, who herself inherited it from her mother, a great Parisian collector in the last century", explained to AFP the director of Osenat art objects, Cédric Laborde.

The object was part of the possessions left by the seller's mother when she died, in her apartment in Saint-Briac-sur-Mer, on the Brittany coast.

The seller "was far away, she didn't even see the vase, she had it transported to Paris. It's a crazy story," said auctioneer Jean-Pierre Osenat.

This Tianqiuping vase, blue and white, in porcelain and polychrome enamels, with drawings of dragons and clouds, is 54 cm high and 40 cm in diameter.

The whole question is to know when it dates from. If it is from the 20th century as the experts have concluded, the object is relatively banal. If it's from the 18th century, that makes it an extremely rare piece, justifying the purchase price.

"From the moment we made the catalog public, we saw that there was a lot of movement: the Chinese were coming to see the vase, more and more of them. The expert said that he continued to think that he didn't was not old," said Mr. Laborde.

The sale gave rise to a bidding battle between 20 to 30 bidders, the majority on the telephone, a few in the room.

The buyer is Chinese. "The Chinese are passionate about their history and proud to take back their heritage. I believe this vase is not meant to be hidden from view, but displayed in a museum," according to the auction house executive.

As for the saleswoman, she was stunned by the news. "She could have sold it to the local antique dealer. It's a great story for this lady, and for my job, for the very principle of the public sale", underlined Mr. Laborde.