Shark protection: "historic" decision at the summit on endangered species

On the last day of this 19th Conference (COP19) of the Convention on International Trade in Endangered Species of Wild Fauna and Flora (CITES), delegates from 183 States and the European Union (EU) decided in plenary session to regulate the fishing of 54 species of requiem sharks (Carcharhinidae) and hammerhead sharks (Sphynidae). 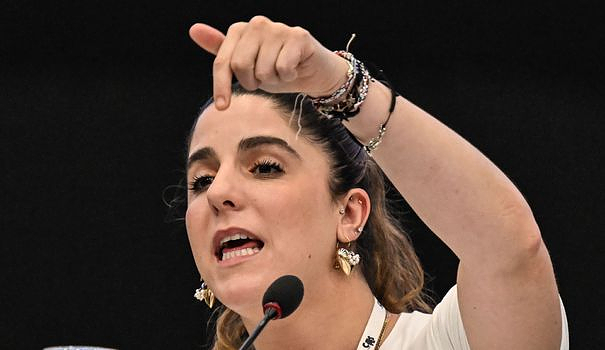 On the last day of this 19th Conference (COP19) of the Convention on International Trade in Endangered Species of Wild Fauna and Flora (CITES), delegates from 183 States and the European Union (EU) decided in plenary session to regulate the fishing of 54 species of requiem sharks (Carcharhinidae) and hammerhead sharks (Sphynidae).

These sharks have been listed in Appendix II of CITES strictly limiting the trade of certain species by consensus, despite the reservations expressed by Japan concerning the protection granted to the blue shark, considering that it is not a threatened species.

The Japanese delegate expressed his country's "deep concern" about the consequences of this decision, which is considered "prejudicial from a social and economic point of view" for the fishermen of his country.

The protection of these sharks, requested by the EU and fifteen countries, including Panama, was the most discussed decision of the summit which began on November 14.

Over the course of the debates, it became an emblematic measure of the conference and several delegations had put stuffed sharks on their desks.

Ms. Shirley Binder, the delegate from Panama, pointed out that the sharks which will henceforth benefit from the protection of CITES represented "approximately 90% of the market" for shark fins.

This market, whose center is in Hong Kong, exceeds half a billion dollars per year (483 million euros). The fins can be sold for 1,000 dollars per kilo in East Asia to make very famous soups of traditional Chinese gastronomy.

Adorned with mythical therapeutic and aphrodisiac virtues, formerly reserved for the emperor of China, then for an elite, this dish has become a marker of social success, essential in banquets and festive meals.

These are species that are not yet threatened with extinction but could become so if their trade is not tightly controlled. Appendix I, on the other hand, totally prohibits trade in certain species.

"This will be remembered as the day we reversed the trend to prevent the extinction of the world's sharks and rays," said the NGO Wildlife Conservation Society (WCS) in a statement.

"This historic listing of around 100 highly traded species will lead to the adoption of the national level conservation measures that these species urgently need. The critical next step will be to implement these listings and ensure that they translate into stronger trade and fisheries management measures as soon as possible,” the NGO warns.

According to the director for Latin America and the Caribbean of the NGO IFAW, Joaquin de la Torre, "Sharks and rays are today the most threatened group of species, even more threatened than elephants and big cats". "The international demand for their fins and meat (...) has caused a significant decline in their populations worldwide: it is estimated that more than 100 million sharks die each year in fisheries, double" the number samples to preserve the species, he told AFP.

The world “is in the midst of a great shark extinction crisis,” adds Luke Warwick, director for shark protection at the NGO Wildlife Conservation Society (WCS).

The only dissonant voice within organizations for the defense of the environment, the French NGO Fondation Brigitte Bardot denounced in a press release "a high mass (which) has once again demonstrated that CITES is not intended to protect wild animals but to orchestrate their international trade by trying to repair, with a few band-aids, the ecological disaster it is causing".