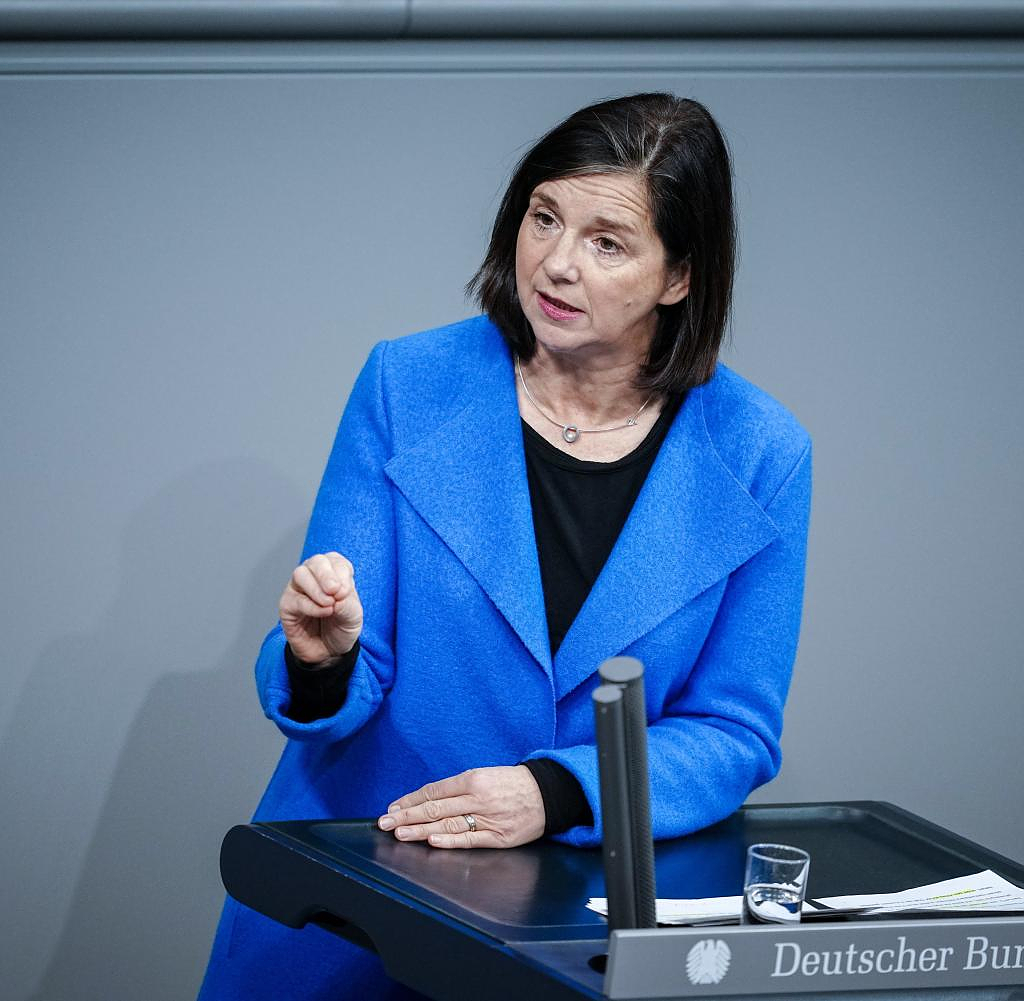 Bundestag Vice President Katrin Göring-Eckardt (Greens) has defended climate activists from the “Last Generation” initiative against criticism. "I share your stubbornness, but not all forms of protest," she told the news portal "t-online".

So she didn't get much out of the attempt to disrupt the TV broadcast of a Christmas service. "I can well understand the Church's decision to broadcast the dress rehearsal," said Göring-Eckardt. "As a Christian, I think the Christmas service can be a place that helps to strengthen resilience, especially against the climate crisis."

The Green politician considers the fundamental criticism of the “last generation” to be inappropriate. "They don't endanger human lives, as is sometimes claimed," said the Bundestag Vice President. "The fact that CDU leader Friedrich Merz equates them with the 'Reich citizens' is absurd."

Göring-Eckardt also finds the accusation that the roadblocks of the “last generation” are blocking ambulances wrong. The activists would do everything to ensure that rescue lanes could form. The debate is pointless in view of the many traffic jams caused by motorists.

Activists from the "Last Generation" had recently failed with the plan to disrupt a live television service on ARD. Because there were indications of the planned action on Christmas Eve, the service in the Evangelical Church of the Resurrection in Stuttgart-Möhringen was moved to the previous day and recorded, the police headquarters in Stuttgart announced on Sunday.

Federal Minister of Justice Marco Buschmann (FDP) reacted with sharp criticism: "Anyone who wants to storm a church service at Christmas to promote political goals can no longer be helped," he said on Twitter. "So you don't find supporters, only opponents". The "last generation" harms climate protection.

‹ ›
Keywords:
NewsteamGöringEckardtKatrinAufstand Der Letzten Generation (Aktivisten)
Your comment has been forwarded to the administrator for approval.×
Warning! Will constitute a criminal offense, illegal, threatening, offensive, insulting and swearing, derogatory, defamatory, vulgar, pornographic, indecent, personality rights, damaging or similar nature in the nature of all kinds of financial content, legal, criminal and administrative responsibility for the content of the sender member / members are belong.
Related News