“Nature is attacked by a series of dangerous decisions”. 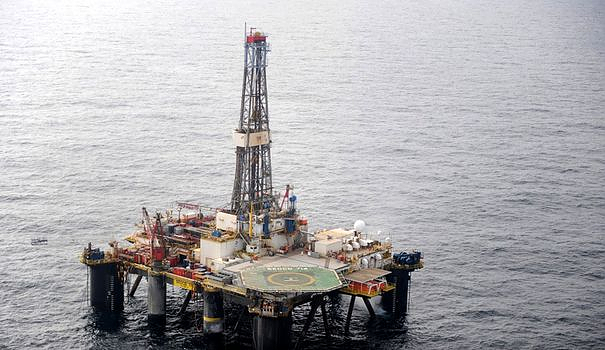 “Nature is attacked by a series of dangerous decisions”. The accusation is made by the director of the Wildlife Trusts, Craig Bennett. In the United Kingdom, the first decisions of the conservative government of Liz Truss raise concerns about its climate policy, in a country which is increasingly feeling the effects of global warming but which is going through an unprecedented energy crisis.

Pressed to act in the face of soaring energy prices, the new Prime Minister took office in early September announcing to accelerate the exploitation of oil and gas in the North Sea and to freeze the moratorium on hydraulic fracturing, a polluting technique for extracting hydrocarbons from shale. This tax slayer has also refused to tax the oil companies, despite the record profits they have been making in recent months.

The government also presented last week a bill aimed at modifying or abolishing hundreds of laws inherited from the European Union by the end of 2023. Among the texts targeted, some 570 regulate the protection of the climate and biodiversity, according to environmental organizations.

For environmentalists, the introduction of this bill acted as the straw that broke the camel's back. "The government wants deregulation which will result in even more excrement in our rivers (Editor's note: due to wastewater discharges), less biodiversity and land unable to adapt to climate change", attacked Craig Benett . According to the director of the Wildlife Trusts, "vital legal protections for nature are at risk, fossil fuel extraction is preferred to renewable energy and the government is rolling back the benefits given to farmers who work more sustainably".

This project "is an attack on nature" denounced the influential British Society for the Protection of Birds (RSPB). "We are in the midst of a climate emergency. So why, at a time when we need nature the most and it needs us the most, is the government doing everything to run our doom?" Like others, the RSPB urges the British to contact their MP to stop the project. According to the association's website, nearly 70,000 people had already taken the plunge on Wednesday.

Environmental advocates are also concerned about the lifting of the moratorium on shale gas production announced last week. Other organizations are alarmed about the possible abolition of laws governing the use of pesticides. "The United Kingdom is going back" on the subject, estimated Wednesday BugLife, an association which campaigns for the protection of insects.

Environment Minister Ranil Jayawardena has called the accusations from environmental organizations "simply false", assuring that London will meet its commitments in this area while "pursuing economic growth". But some angry farmers still threatened to quit the NFU, the main agricultural union. The latter supports the government project as it plans to remove a "bonus" that rewarded farmers managing their land in a sustainable way.

The months-long drought in parts of the UK, record high temperatures reached this summer and heat-induced fires have struck the minds of Britons about the future consequences of climate change. The country is one of the pioneers in Europe in the fight for the climate, with a major law dating from 2008 and a rapid transformation of its energy model, coal representing only 3% of the energy consumed in 2020, against 20% in 2013.

Very involved in the COP26 climate conference in 2021 in Scotland, former Prime Minister Boris Johnson promised to transform the United Kingdom into Saudi Arabia of wind power and presented ambitious climate objectives concerning, for example, the end of vehicles gasoline and diesel.

Liz Truss, who succeeded him, has never been perceived as particularly committed to the climate, affirming her reluctance towards certain measures of support for renewable energies or protection of the environment. But his early decisions confused even his own camp. "The new government must not listen to the sirens which call to renege on our environmental commitments when the solutions to the multiple crises we are going through - climate and cost of living - are inseparable", pleaded Chris Skidmore, Conservative MP and former secretary of State for Energy.

A cross-partisan group of pro-environment parliamentarians also wrote to Liz Truss in early September asking her to recommit firmly to the goal of carbon neutrality. If she said she was "completely committed to achieving carbon neutrality by 2050", the Prime Minister nevertheless decided to "re-examine" this objective to ensure that it is achieved "in a way favorable to activity. economy and growth.

Doubts about the UK's future climate policy are also fueled by Liz Truss's choice to appoint Jacob Rees-Mogg, known for his outings bordering on climate skepticism, as Energy Minister. A notorious opponent of onshore wind, he has in the past castigated "climate alarmism" and recently accused Russian President Vladimir Putin of funding shale gas opponents in the UK.

"To put someone in Energy who recently suggested extracting 'every drop of oil' from the North Sea is deeply worrying," said Dave Timms, a UK official from the UK. NGO Friends of the Earth, in a statement sent to AFP. This appointment "suggests that the 'tories' (Editor's note: in power since 2010) have learned nothing after years of incompetence", pointed out Rebecca Newsom, of Greenpeace.

Opposite, the Labor Party has taken this climate issue as one of the main angles of attack against the Conservatives and is refining its program for the legislative elections, scheduled for 2025 at the latest. of his party, Labor leader Keir Starmer thus unveiled a "plan for green prosperity" on Tuesday 27, defending support for growth and the fight against climate change.