Seven vehicles were trapped in the Tranco snow on the highway

Rescue of one vehicle /AUGC </p> The storm caused a night of chaos in the province. 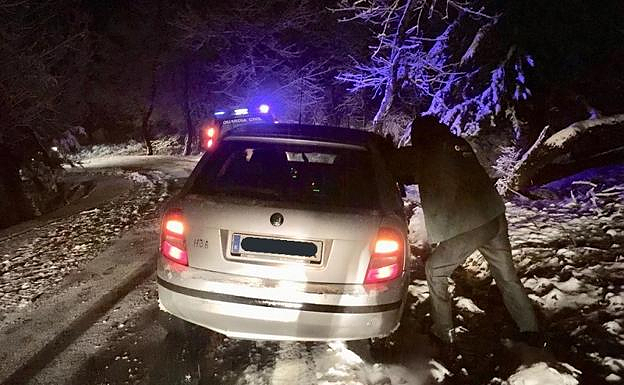 Rescue of one vehicle /AUGC

The storm caused a night of chaos in the province. Seven vehicles were trapped in the snow and the Civil Guard of Cazorla had to step in to save them. The Unified Association of Civil Guards in Jaen confirmed this and congratulated its fellow members for their efforts.

The vehicles were stuck on the A-319 Tranco road at kilometer 32.7. Numerous incidents due to snow, wind, and water have occurred in the province. Due to snowfall in Segura and Cazorla mountains, the yellow alert was kept active by the State Meteorological Agency (Aemet). Although it is currently deactivated, it will be activated again tomorrow due to wind.

‹ ›
Keywords:
SieteVehiculosCarreteraNieveAtrapadosTranco
Your comment has been forwarded to the administrator for approval.×
Warning! Will constitute a criminal offense, illegal, threatening, offensive, insulting and swearing, derogatory, defamatory, vulgar, pornographic, indecent, personality rights, damaging or similar nature in the nature of all kinds of financial content, legal, criminal and administrative responsibility for the content of the sender member / members are belong.
Related News