"Serious sport has nothing to do with fair play"

More and more football fans are reaching for the remote control when broadcasting Bundesliga games in order to quickly switch to widescreen format via the menu - because this is the only way they can still fully enjoy the pack formations, hunting scenes and attacks on the referees. 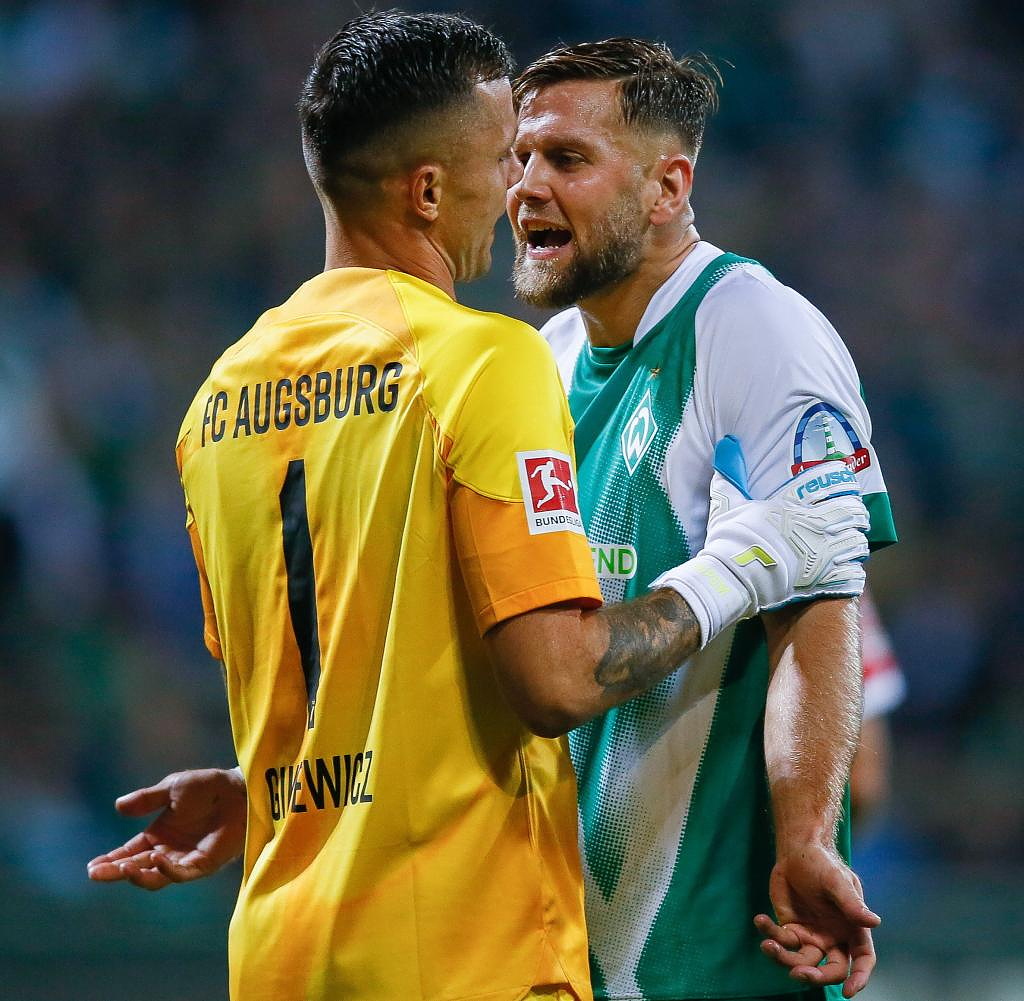 More and more football fans are reaching for the remote control when broadcasting Bundesliga games in order to quickly switch to widescreen format via the menu - because this is the only way they can still fully enjoy the pack formations, hunting scenes and attacks on the referees.

In the game between Bremen and Augsburg, the man under pressure was called Martin Petersen, and every few minutes you could see him in close-up and tremble for him when he had to fend off terrible pincer attacks from left and right - but especially in injury time when he When the score was 0-1, Werder quickly whistled a penalty kick, after which all Augsburgers surrounded him across the entire width of the field. Yes, everyone, including Bremen's striker Niclas Füllkrug, counted and afterwards, looking back on the ninety minutes, credibly described: "Somehow all eleven Augsburgers always stood by the referee for every decision."

Especially the goalkeeper. Rafal Gikiewicz made hell for Petersen, who was visibly worried about his physical safety, before he miraculously repelled Marvin Ducksch's penalty and saved Augsburg's victory. The way was now paved for jubilant images, but the Polish panther in the FCA goal caused eerie images of chaos and hustle and bustle with provocative heroic and avenging poses (“I was constantly insulted, and that was my answer”).

Gikiewicz drove the Bremen fans mad, hundreds of people rampaged over the barricades, and only Füllkrug prevented a bloody storm and the game being abandoned, with the power of his natural authority as a Werder goalscorer and his imploring words of power (“Let that shit!”). . At the end of the day, all set, he stood in front of the TV microphone as a close-up of desperation and moaned: "That's too hot for me, that has nothing to do with football anymore."

Such a football broadcast has less and less to do with football. More and more often we see minute-long close-ups of derailments of all kinds, such as in Bremen, or of Cologne's European Cup batsmen in Nice and of "idiots and violent criminals" (according to Union Berlin's manager Oliver Ruhnert) - yes, meanwhile increasingly even of climate and environmental activists who are stick it to corner flags and goalposts with their superglue, and soon to the referees too.

Soccer? It actually only takes place in between, like the commercial breaks on television. In any case, there is less playing than protesting and raging. On Saturday, for example, it had to be clarified forwards and backwards whether the referee Sebastian Brand stole a penalty against Leverkusen in concert with his Cologne video cellar accomplices from Hertha Berlin. Then the ZDF reporter breathed a sigh of relief in the sports studio: "So, and now we can devote ourselves to football."

Football is neglected, and the referees in particular are beginning to sense this and sound the alarm. Your DFB chairman Lutz Michael Fröhlich reports a dramatic trend in the increase in yellow and red cards compared to last season, which is not only due to the unsportsmanlike behavior of the players, but also the coaches and their assistant coaches and other accomplices on the sidelines . Frölich feels a "significantly increased emotionality", every third card is drawn because of unsportsmanlike behavior, and in SPORT BILD he recently puzzled anything but cheerfully: "Where are values ​​like respect and fairness left?"

Apparently Fröhlich only read the dark novel “1984” by the great future skeptic George Orwell. Less well known is Orwell's other ancient prophecy that is being fulfilled: “Serious sport has nothing to do with fair play. It is associated with hatred, jealousy, hubris, disregard for all rules and sadistic delight in violence. In other words, it's war without shooting.”

Afterwards, after the final whistle, the warriors regain consciousness fairly quickly. Pellegrino Matarazzo, the coach of VfB Stuttgart, would have liked to give himself a headbutt recently, he really insulted himself: “I have to take the pressure off. My behavior towards the referees has become more and more aggressive lately.” When he recently refused to acknowledge a brutal foul by his striker Luca Pfeiffer as such, Matarazzo turned hollow, he saw red, his minute-long tantrum was dangerously close to killing spree, and the referee To be on the safe side, Harm Osmers not only sent off Treter Pfeiffer with a red card, but above all coach Matarazzo.

Harm Osmers undoubtedly envies his father. His name was Hans-Joachim, and he also whistled in the Bundesliga when his whistling was at its peak, but back then it was still fun blowing cotton wool. It only got tight for him once, in 1993, against the Stuttgart striker Axel Kruse. "I was foaming at the mouth," confessed the wild Axel, after he had run over Osmers on the occasion of a small difference of opinion, so that Osmers rolled over "like an Easter bunny" (Kruse). The perpetrator received a record ten-game suspension and Osmers was calm again.

Harm Osmers, the son, has to be protected differently today, every few days he has a Matarazzo in the neck. That's why he was given a break at the weekend, at the Ruhr derby Schalke against Bochum he was only the video assistant to referee Felix Zwayer - this time Zwayer got caught in the crosshairs of the TV close-ups.

It can't go on like this, the club managers have now recognized and arranged a crisis meeting. One obviously wants to clarify where the unsportsmanlikeness begins. Augsburg manager Stefan Reuter ("You mustn't provoke the opponent") has already offered his goalkeeper Gikiewicz his therapeutic help in reducing aggression in advance, now he only has to tell him that as a decent goalkeeper you don't trample on the penalty spot before the penalty kick.

Traditionally, goalkeepers in Augsburg like to do that, Marwin Hitz once scratched the point so sorely with his cleats that the Cologne shooter Anthony Modeste promptly slipped on it. Afterwards, Hitz was asked: Was that fair? "No," said the rascal and laughed happily.

More than ever, the end justifies every means, at least the DFB is now running out of candidates for its annual “Fair Play Award”. That's why Bremen's stadium announcer Arnd Zeigler was hired and before the game against Augsburg he was honored for getting the raging Weser Stadium under control with great psychological virtuosity last year after a Bremen goal was disallowed and having a moderating effect on players, coaches and fans.

As I said, that was in the previous season - on Friday he also capitulated completely.

‹ ›
Keywords:
WeserstadionVfB StuttgartFelix ZwayerBremenBundesligaAugsburgLeverkusenFussballUnion BerlinNiclas Füllkrug
Your comment has been forwarded to the administrator for approval.×
Warning! Will constitute a criminal offense, illegal, threatening, offensive, insulting and swearing, derogatory, defamatory, vulgar, pornographic, indecent, personality rights, damaging or similar nature in the nature of all kinds of financial content, legal, criminal and administrative responsibility for the content of the sender member / members are belong.
Related News