Sergei Surovikin, the ruthless face of the Russian campaign in Ukraine

Nicknamed "General Armageddon" by the Western media, Sergei Surovikin, 56, was appointed commander of Russian forces in Ukraine on October 8. 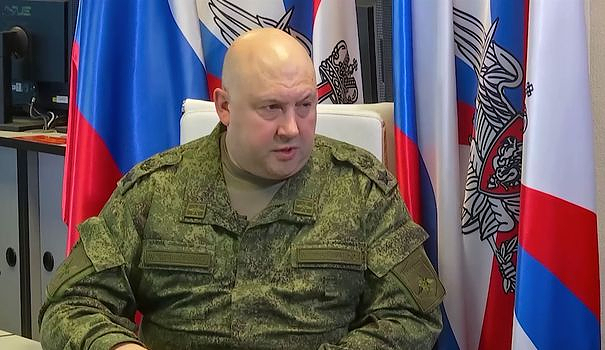 Nicknamed "General Armageddon" by the Western media, Sergei Surovikin, 56, was appointed commander of Russian forces in Ukraine on October 8. He now has the difficult task of ending the series of defeats suffered by the troops in Moscow, who are retreating on several fronts.

While the army has been wallowing in silence for weeks in the face of its setbacks in the field, he appears on television on Tuesday, in military uniform and in front of many flags, to recognize a "tense" situation, and to warn: he is not afraid to make a "very difficult decision".

It is for this kind of martial declarations, and for the image of a recovery in hand of the situation, that Vladimir Putin seems to have chosen General Surovikin, a veteran of the Soviet war in Afghanistan, of the second war in Chechnya in the 2000s and the Syrian campaign of 2015.

"He is a very well-known person, the military talks a lot about him. He has the reputation of being a demented, traumatized, ruthless commander," a renowned Russian military expert told AFP, who asked to keep the anonymity for fear of reprisals from the authorities.

"Putin adores him. In Syria, he kicked officers out of the general staff to lead the attacks", continues this analyst.

The expert in geopolitics at the High School of Economics in Moscow Vasily Kashin recognizes him, the "capabilities of manager and strategist appreciated" of the general.

"It is clear that the Russian leadership considers Mr. Surovikin to be the most capable commander to lead such a large military effort," he said.

According to the independent analyst Alexandre Khramchikhine, the "Southern" grouping of forces that he led until then in Ukraine was the one that had the "best success" against the Ukrainians. “It is the only criterion in the current situation”.

The change in strategy is already visible: two days after the appointment of Mr. Surovikin, the Russian army unleashed a salvo of missiles on critical Ukrainian infrastructure, causing power and running water cuts in many cities. Massive bombardments repeated thereafter, presaging a harsh winter for the Ukrainians.

Justifying these strikes on television, Vladimir Putin confirmed that they had been carried out "on the proposal of the Ministry of Defense". Read: by Sergey Surovikin.

Before Ukraine, Mr Surovikin, originally from Siberia, was one of the commanders of Russian forces in Syria. The NGO Human Rights Watch accused him in 2020 of being one of those who "were able to take responsibility" for ordered attacks on residential areas, schools and hospitals.

In Russia, he is best known for his participation in the failed coup attempt of 1991, which signed the death warrant of the USSR. Imprisoned after troops under his command killed three pro-democracy demonstrators, Mr. Surovikin was released a few months later.

“The second time he was imprisoned was in the late 1990s for arms trafficking, but the sentence was overturned on appeal,” adds the expert who asked to remain anonymous.

In any case, Mr Surovikin's reputation has won the respect of hardliners: the pro-Putin Chechen leader Ramzan Kadyrov, who had castigated the Russian military command in Ukraine for its incompetence, said he was "100% satisfied" with his appointment.

A Russian opposition figure, Leonid Volkov, accused Mr. Surovikin of being a "legendary thief" who got rich from illegal logging. "He's a businessman, not a general," he wrote on Twitter.

But it is on his ability to reverse the trend in Ukraine that Mr. Surovikin will be judged, while the problems and mistakes have accumulated for months.

On Tuesday, he approved the evacuation to Russia of the population of the occupied city of Kherson, a sign that Moscow could be preparing to lose it to Ukrainian attacks.