Amid the deepening conflict in the Balkans between Serbia and Kosovo, a solution to the 19-day road blockade is emerging. 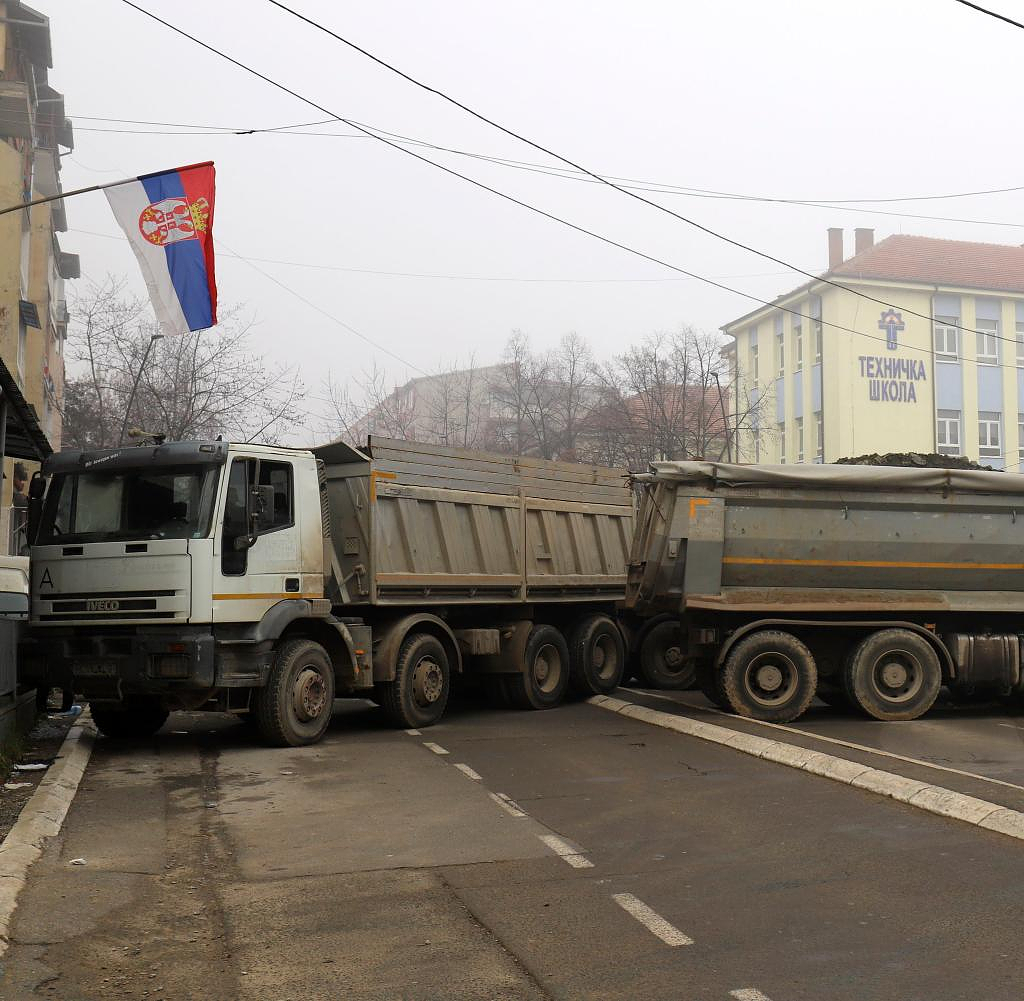 Amid the deepening conflict in the Balkans between Serbia and Kosovo, a solution to the 19-day road blockade is emerging. Serbs will start dismantling the barricades on Thursday morning, Serbian President Aleksandar Vucic announced on Wednesday evening after a meeting with Serbs from northern Kosovo in the Serbian city of Raska. “It's a lengthy process. It will take a while."

The trigger was the arrest of a Serbian police officer who is said to have attacked Kosovo police officers at an earlier demonstration. The Serbian demonstrators are demanding his release and set up roadblocks in the course of the sometimes violent protests. A court in Pristina has now ordered that he be released from custody and placed under house arrest.

Tensions in the region escalated this week after Serbia put the army on alert on Monday and Kosovo closed its main border crossing on Wednesday.

The latest tensions were originally sparked by the government in Pristina invalidating the old Serbian license plates, which most residents in North Mitrovica and the surrounding area still use to this day. Under pressure from Western embassies, Prime Minister Albin Kurti suspended the implementation of the relevant regulation.

The US and the EU are concerned about the tense situation in Kosovo. "We call on everyone involved to exercise the greatest possible restraint," said the EU's Foreign Service (EEAS) and the US State Department on Wednesday. Measures should be taken immediately to de-escalate the situation and provocation, threats or intimidation should be avoided, a joint statement said.

The EU-US statement welcomed the Kosovo leadership's assurances that there would be no lists of Kosovar Serb citizens being arrested or prosecuted for peaceful protests or barricades. As part of the mandate of the EU mission Eulex, investigations and subsequent proceedings will be closely monitored in order to promote respect for human rights.

The conflict has been smoldering for more than 20 years. Around 50,000 Serbs live in the north of the predominantly Albanian Kosovo. They refuse to recognize the government in Pristina and Kosovo as a state. Serbia also does not recognize the independence of the region.

‹ ›
Keywords:
NewsteamKosovoKonflikt (Geo: Kos(Jug))KosovoSerbienBalkanRaskaApple PodcastPristinaEuropaMitrovicaWestbalkanKonfliktStraßenblockadenPolitikAleksandar Vucic
Your comment has been forwarded to the administrator for approval.×
Warning! Will constitute a criminal offense, illegal, threatening, offensive, insulting and swearing, derogatory, defamatory, vulgar, pornographic, indecent, personality rights, damaging or similar nature in the nature of all kinds of financial content, legal, criminal and administrative responsibility for the content of the sender member / members are belong.
Related News