Hamburg's Senator for the Environment, Jens Kerstan, has assured citizens that there will be sufficient electricity and gas during the winter. 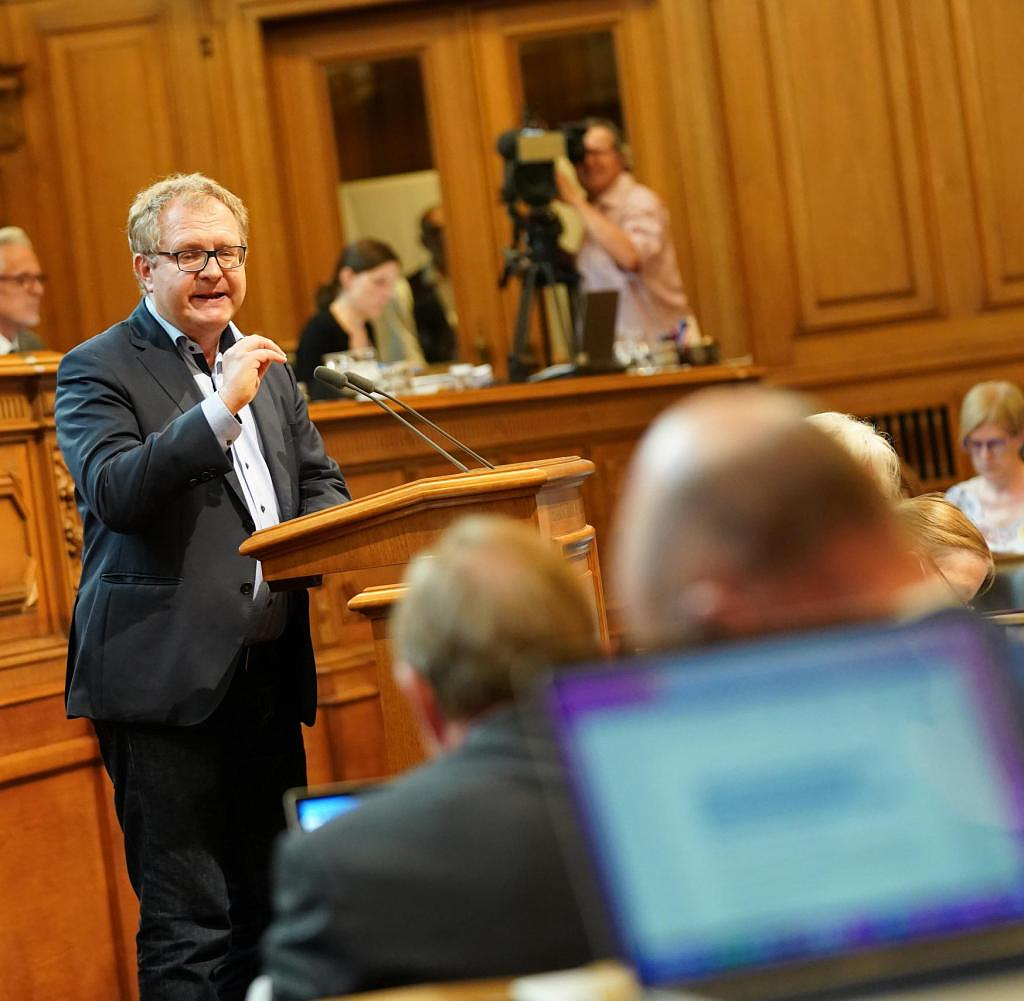 Hamburg's Senator for the Environment, Jens Kerstan, has assured citizens that there will be sufficient electricity and gas during the winter. “You don't have to worry about security of supply. We won't get a blackout here in Hamburg," said the Green politician on Wednesday in a current hour of the Hamburg Parliament. Also, nobody will have to freeze.

At the same time, he renewed his announcement that customers of Hamburger Energiewerke should be spared the gas levy. "As of November 1st of this year, I am firmly assuming that Hamburger Energiewerke will waive their customers' gas surcharge." A hardship fund will be set up for customers of other providers. "We will provide 15 million for this and we expect the private suppliers to also participate."

Kerstan warned against playing the climate and energy crises against each other as a result of the Russian invasion of Ukraine. "Fighting the climate crisis is not only something to preserve our livelihood (...), but at the same time it is the defense of our democracy, our free way of life and our diverse society." Anyone who does not understand this has the signs of the times not understood. MPs from the CDU, AfD and Left had previously accused the Senate of taking insufficient or too few steps towards lower energy consumption.

Kerstan said the city's people and businesses are ahead of many opposition politicians. Industry saved 35 percent of gas last week compared to the same week last year, and 16 percent for households. He strictly rejected recent calls for the Moorburg coal-fired power plant to be restarted. Of course you could do that, said Kerstan. But that would cost a billion euros and take two to three years. "Just tell me how that's supposed to help us get through this winter," Kerstan said in the direction of the CDU.

In general, the result of a wrong energy policy in Bavaria can be viewed. There, the CSU relies on gas and nuclear power. "The lights will really go out this winter if the federal government and other countries don't help." The CSU really backed all the wrong horses that one could only back, said Kerstan.

In view of the exploding energy costs, the Greens parliamentary group leader Jennifer Jasberg called for an increase in the top tax rate and a tax on excess profits. There must also be a follow-up regulation for the 9-euro ticket. People with little money must be specifically helped. "Anyone who is still happy to be able to buy pasta at the end of the month" does not currently have the chance to counter the immense price increases, said Jasberg. SPD parliamentary group leader Dirk Kienscherf emphasized that the topics of excess profit tax and reform of the debt brake are important.

The CDU energy expert Stephan Gamm called the energy saving plan of the red-green Senate with its 25 points a plan for the shop window. "It's worthless because the savings potential it hopes to achieve cannot be quantified, the generation side is completely hidden, and it represents an absurd hodgepodge of grotesque individual measures." For example, the number of printers should be checked. "And my favorite point is: the paternosters are switched off." Of these, eight are in municipal buildings.

The left-wing environmental expert Stephan Jersch accused the Senate of doing far too little. There were no strict regulatory requirements such as a speed limit of 30 kilometers per hour in the city, a ban on air conditioning in sales rooms or illuminated advertising spaces. There must also be a gas price cap and a waiver of energy cuts for people who can no longer pay their bills.

‹ ›
Keywords:
KerstanJensGasEnergiewendeBürgerschaftHamburg
Your comment has been forwarded to the administrator for approval.×
Warning! Will constitute a criminal offense, illegal, threatening, offensive, insulting and swearing, derogatory, defamatory, vulgar, pornographic, indecent, personality rights, damaging or similar nature in the nature of all kinds of financial content, legal, criminal and administrative responsibility for the content of the sender member / members are belong.
Related News